We are the rebellion 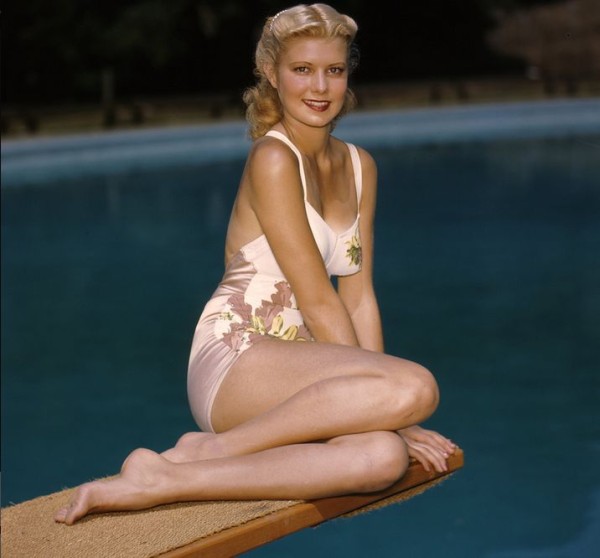 In the modern West, our dogma has become tiresome. It insists that ancient ideas are new ones, forgetting that the Greeks discovered democracy and equality thousands of years before us, and the Hindus struggled with it even centuries before that. As written about on this site, however, democracy and equality themselves are little more than theory legitimizing the human trait toward solipsism. They are individualism justified by this theory, called ideology, that amounts to little more than advertising: it promises a better future, but avoids specifics including a timeframe or other verification of its success.

Democracy is the like the beer advertisements on television from the 1980s: attractive athletic and obviously hip young people playing volleyball on the beach, or racing motor cars, or relaxing near the hot-tub in their million-dollar homes. The images are obvious — sexual success, financial success, and social success — but the promise is never made. Only the association. “Some hip young rich people love our product,” is the claim, and as any lawyer will tell you, that one is hard to disprove. How many are required for “some”? How rich is rich? Who defines hip? Some fat old editor at a youth publication says he does, so we can rely on that, right?

Since The Enlightenment™, but gathering momentum with the French Revolution, the democracy-advocates have had the advantage of appearing as “new” ideas, which requires that people get stupid enough to forget what happened to the Greeks and Romans. “So, how did democracy work out in Athens?” is probably the most hostile small talk anyone can think of in this society. The democracy-advocates, and civil rights is just another form of democratization, have always styled themselves as young, hip, successful and most of all, iconoclastic. Hate our society? Here is a new way… a different way. It leads to new places not the same old ones.

Conveniently it also served the Iconoclastic Fallacy, which let everyone assume that because people as a group are idiots, whatever person is not doing what the group is doing must be right; the majority is always wrong, in other words. This created a convenient set-up where anyone with a minority opinion could point to the group, claim moral correctness and victimhood status, and conjure up an instant army of those who would defend against the herd. Except… the instant army were in fact the herd, and the majority was often a false construction in the form of a scapegoat plus popular approval, like “The Rich,” “The White,” The Jews™, “the banksters” and other false targets. The herd was justifying itself by purging itself of unpopular symbols, and the result was a strengthened herd.

This came to a peak in 1968. Students, emboldened by the misstep of their fathers in fighting a war for something so nebulous as “freedom” and “equality,” used those ideas as passive-aggressive weapons to dismantle the social hierarchy. In their view, this would overthrow the commercial interests that had somehow magically seized control of democracy, and usher in a new age of prosperity. In reality, by getting rid of social standards, they in effect replaced them with commercial standards, strengthening the interests of money and weakening those of individuals and culture. This created the 1970s and 1980s, in which vapid oblivion covered for the advancing takeover of our society by commerce and its lackeys in ideology. Again, this was the crowd justifying its own takeover by pretending to be revolutionary.

This leads us to the question: were there ever any legitimate revolutions? Historical analysis suggests no: revolutionaries are parasites who destroy societies, but they attempt many times before they finally get a home run streak like The Enlightenment™ through the Magna Carta and onward to the French Revolution, all likely spurred on by peasant revolts at roughly the time the Mongols were invading Europe. All of these revolutions have been false, simply commercial interests seizing power through the Crowd as frequently happens when empires die, in the name of being the opposite of what they are.

And now, we look at real rebellion — realistic opinions speaking truth to popularity, which is always power for the parasitic — and we can see how the liberal revolutions were in fact anti-revolutions, or a strengthening not of a specific group of powerful people, but of the principle of conformity for the purposes of “everyone getting along” and thus easier commerce. Witness this recent censorship hilarity from Liberalism Inc.:

A peaceful student demonstration at a Virginia high school ended with school administrators suspending 23 teens for wearing clothing emblazoned with the Confederate battle flag, which violates the schoolâ€™s dress code, according to school officials, students and parents.

The students, who attend Christiansburg High School in southwestern Virginia, said they wore the controversial Confederate symbols to protest a school policy that prohibits them, which they view as a violation of their free speech. Students are barred from wearing any clothing that could â€œreflect adversely on persons due to raceâ€ and specifies that â€œclothing with Confederate flag symbolsâ€ falls in that category.

Montgomery County schools spokeswoman Brenda Drake said that half of all middle schools and high schools in the county do not allow the display of the Confederate battle flag. About 8 percent of Christiansburg High Schoolâ€™s 1,100 students are black and more than 80 percent are white, according to the Associated Press.

What do we, doing our best to be impartial observers, see here?

As always, democracy drifts toward endless compromise in favor of individual rights, which quickly means that society can have no meaningful hierarchy, culture, values, philosophy or direction. All that is left is the individual and, well, commerce of course. It is essential to separate this commerce from capitalism itself, which tends to obliterate such consumerist entities by enabling competition. This is social commerce, or the products which afflict people with too much time and money for the lack of direction that they have. Bored housewives, elderly camped in front of the TV, ghetto-dwellers on welfare: the psychology remains the same, a combination of victimhood, entitlement and old-fashioned haggling for more for the individual and less for everyone else.

In this case, administrators felt emboldened to make this move because they realized they were immune from criticism. America has changed, mostly through the Hart-Cellar Act, to a place where most of its people feel that racism is the biggest sin ever and all racists should be destroyed (joining other demonized groups like hackers, drug users, smokers and Satanists as media scapegoats). No one will ever experience any negative consequences for banning Confederate symbols; the historical majority does not yet realize — being dedicated to multiple goals, not a single one like an insurgent group, which always has the advantage — that the herd sees this symbol as representing the historical majority. “Whuh would they think that means me? I’m jus’ white, not Confeedyrate or nothin’. Hyuk!”

But this shows us the nature of revolutions. The idea behind a revolution is that instead of fixing the current system, you discard it and start over. This is obviously a false idea because most of what follows any deposed system is more of the same because nobody knows how else to manage a society, but the falseness is compounded by the mentality it creates. Revolutions create a mentality of the shopper, which is one-way obedience only. The products owe you; you owe them nothing. If the product is wrong, return it and find another. Do not fiddle with it, or work with it, or try to figure out why it might be good. If it is too mentally difficult, cast it aside. You are king and God alike in this choice; it is your power. This is why you want commerce in power over everything else, Comrade Citizen Customer.

We have created a model of disposability in our society. Empires are disposable; so are types of society. The only thing not disposable is the individualist consumer, who alone has the power (or they think). Anything that does not bend to their will and their control can be destroyed, executed like Russian dissidents in the gulag or French aristocrats at the guillotine. Everything is disposable for the convenience of the individual: all that does not crawl before them like obedient subjects — as they perceive products to do — must be subjugated and destroyed. Only this way will everything be safe. This is the process we call “progress.”

A little bit of analysis, or even a whole lot, pokes holes in this Narrative. If you wonder why society seems to systematically wage war against alertness, intelligence and depth, now you know: it is counter-revolutionary. If you notice failures in the Narrative, you are literally Hitler who wants to kill six billion Mexican transgender orphans. You are anti-egalitarian, Comrade Citizen Customer, by failing to ignore the problems with the Narrative. Don’t you see — it is good, and everything else, is bad. Choose a side. You are either good, and endorse our use of lying and murder to make our world ideologically good, or bad, and by resisting us you give us no choice but to destroy you.

This is how civilizations exterminate themselves. With lots of money, tons of products, mucho tolerance, and many fakes. Fake revolutions, false prophets, hollow cults and lies as foundations of their being. Then people become afraid to criticize the lies, and soon you have a whole group of people who, seeing no dissent, think they were right all along. A few brave souls speak out with honest revolutions, but they are bad, so they are destroyed. Progress continues. Until suddenly it stops, and the civilization drops from the radar of history, forgotten except as a memory.

Why ours is a fallen world | A common attack: categories as weapons.