Why One Should Approach Politics As Philosophy 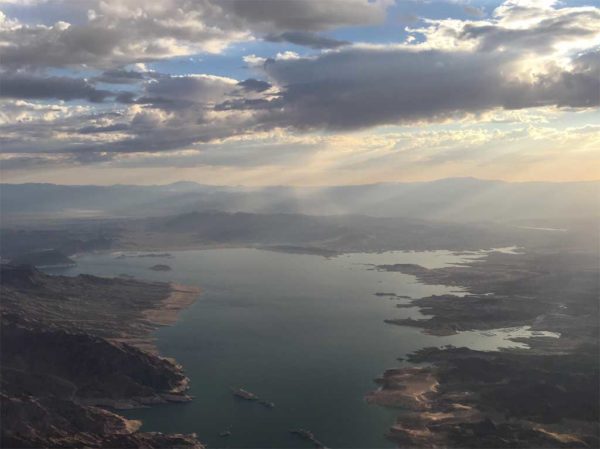 Most people possess little analytical ability and so approach the world through a process of rationalization by which they seek to contort their minds in order to explain what is happening around them in such a way that it does not threaten their mental state.

This can be both submissive and combative; for example, someone may decide that most people are good and therefore deserve subsidies, but that because our government does not do that, it is evil and we must wage war against it.

While they may convince themselves that they believe these things, belief can be a crutch, and what they have actually done is to tell themselves a story about the world in which there is a way for their role to make sense and for them to be important and relevant. Their primary act is biological, that of pre-emptive self-preservation by filtering out scary thoughts.

To avoid this, long ago people invented philosophy, which is the science of our minds and our world, understood at an abstract level where facts and logic must be in parallel. This forces us to think, not from the individual, but from the world, and then to explain the place of the individual within it. That mostly avoids rationalization.

The only sensible approach to politics is through this method. Without it, the cart goes before the horse as people rationalize what they want to believe as true, and explain everything else as some sort of evil witchcraft. This rationalization proves more popular because it is centered on the present day and the concerns of individuals, where philosophy is more timeless and focused on either truth or civilization.

Martin Heidegger, in his Introduction to Metaphysics, Chapter 1: The Fundamental Question of Metaphysics, gives us more:

Philosophy is essentially untimely because it is one of those few things whose fate it remains never to be able to find a direct resonance in their own time, and never be permitted to find such a resonance. Whenever this seemingly does take place, whenever a philosophy becomes fashion, either there is no actual philosophy or else philosophy is misinterpreted and, according to some intentions alien to it, misused for the needs of the day.

Philosophy, then, is not a kind of knowledge which one could acquire directly, like vocational and technical expertise, and which, like economic and professional knowledge in general, one could apply directly and evaluate according to its usefulness in each case.

But what is useless can nevertheless be a power â€” a power in the rightful sense. That which has no direct resonance in everydayness can stand in innermost harmony with the authentic happening in the history of a people. It can even be its prelude.

What this means is that philosophy, like travel or even one too many glasses of wine, can give us a sense of our world by removing us from it, intellectually, and then approaching it as strangers, and those revelations can show us a potential option for our future which, because it becomes clear and appealing, then triggers that next part of the historical cycle.

Although rationalization gives us a better personal story about the world, as it begins and ends with our own lives, it fails to give us a story of meaning, whereby a small species evolves, becomes powerful, and then finds a way to be better so that it is connected with its world and finds purpose within it.

Fantasies of universal purpose — some inherent goal or innate value that is accessible to everyone — tend to be forgeries, and rationalization relies heavily on them because universal purpose suggests an inability to act otherwise by the individual, and therefore a compulsion to rely on that values system, which takes away the possibility of being wrong in the assessment of values made by the individual, since the individual does not need to assess values at all, only go along with what is allegedly as universal as sunlight.

This perception of universality allows people to believe that their perceptions are not self-serving, and therefore, that self-serving behavior is justified in pursuit of the validation of those perceptions. This leads to a sense of narcissism, a variety of individualism marked by self-worship, which arises from the general hubris of anyone who believes it is justified to act in self-interest where it conflicts with the logical, natural order of human life.

Ultimately, the rationalization view, because it is self-centered and thus individualistic, leads to a self-aware narcissism:

How exactly do narcissists maintain such positive self-views despite othersâ€™ dislike of them? Carlson proposed a few interesting ideas. First, narcissists might believe others are just too stupid to see how amazing they truly are, or they may believe othersâ€™ negative views are simply the result of jealousy. It might also be the case that narcissists, aware of their deteriorating reputation, cut off long-term friendships and instead, maintain a flow of new acquaintances that see them as the charming and likable person they believe they are. The process by which narcissists retain their positive self-views remains an interesting and important question future work should address.

The mental process is a form of rationalization: they must believe good about themselves, so they contort their understanding of how the world works in order to support that self-view.

This leads to them using other people as objects that reinforce that rationalization, much as in a mob the individual uses others as a means of escaping accountability, or as in a totalitarian state, the ruling powers use others as means of achieving an ideological or political set of goals. This is why Leftism is based in individualism, not “collectivism,” because the collective is a device of the individual for enforcing individualism as a universal standard.

Manipulation of others in order to enforce a certain non-realistic perception of the world is the classic attribute of control. Control is invisible to most because they cannot see where the ideology or commands from above diverge from reality, but for those who can see, control is both unnecessary and destructive because it is unrealistic, or based in human preferences and rationalizing from those, as opposed to based in perception of the world and oriented toward human self-discipline to adapt to the logical consequences one can anticipate from the knowledge conveyed in that perception.

Differences between Leftists and conservatives can be explained by this schism of perspective.

Under the influence of Leftism, which boils down to individualism enforced by a collective through “equality” which essentially reduces the power of those who are more competent and promotes the lowest common denominator instead, our society has steadily become more narcissistic in its daily behavior:

Darlene Lancer, a therapist writing at Psychology Today, offers up a tidy list of behaviors narcissists often employ in their interactions with people. Here is her list (with some abridged definitions):

1. Verbal abuse: Verbal abuse includes belittling, bullying, accusing, blaming, shaming, demanding, ordering, threatening, criticizing, sarcasm, raging, opposing, undermining, interrupting, blocking, and name-calling.
2. Manipulation: Generally, manipulation is indirect influence on someone to behave in a way that furthers the goals of the manipulator. Often, it expresses covert aggression. Think of a â€œwolf in sheepâ€™s clothing.â€
3. Emotional blackmail: Emotional blackmail may include threats, anger, warnings, intimidation, or punishment.
4. Gaslighting: Intentionally making you distrust your perceptions of reality or believe that youâ€™re mentally incompetent.
5. Competition: Competing and one-upping to always be on top, sometimes through unethical means. E.g. cheating in a game.
6. Negative contrasting: Unnecessarily making comparisons to negatively contrast you with the narcissist or other people.
7. Sabotage: Disruptive interference with your endeavors or relationships for the purpose of revenge or personal advantage.
8. Exploitation and objectification: Using or taking advantage of you for personal ends without regard for your feelings or needs.
9. Lying: Persistent deception to avoid responsibility or to achieve the narcissistâ€™s own ends.
10. Withholding: Withholding such things as money, sex, communication or affection from you.
11. Neglect: Ignoring the needs of a child for whom the abuser is responsible. Includes child endangerment; i.e., placing or leaving a child in a dangerous situation.
12. Privacy invasion: Ignoring your boundaries by looking through your things, phone, mail; denying your physical privacy or stalking or following you; ignoring privacy youâ€™ve requested.
13. Character assassination or slander: Spreading malicious gossip or lies about you to other people.

Lancer rounds out her list with violence, financial abuse, and isolation (isolating someone from other people in their lives).

If we could describe the modern West, the above list would be a good place to start. Individualists pursuing their own goals and then rationalizing them have as a consequence both discarded any concern for the future of humanity or our environment, and in the process, have made themselves into narcissists; then, their standard of behavior becomes the norm as others compete.

All of this can be easily perceived if one takes a philosophical view at life, rather than a personal view. Most humans, however, are wired for exactly that personal view, and once they go down that path, fear the philosophical view as it will reveal how much of their lives have been manipulated and wasted. That in turn will cause a crisis of self-confidence for them, so they persist in the lies.

As the rising Right turns to combat the decline of Western Civilization, one of the biggest weapons in its tool chest is to shift our perspective from self-focused to history-focused, so that people can take the philosophical view and see for the first time how existentially unsatisfying and suicidally destructive our modern society has turned out to be.