Planning ahead is the opposite of justification 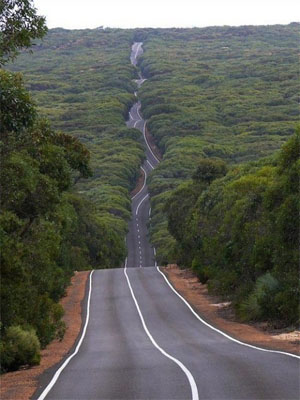 The split between right and left is fundamental, inextricable, irreconcilable, and permanent. We don’t recognize it because we falsely attribute it to being associated with left and right, when really it deals with how you see the world.

If you see yourself as a being in the presence of higher orders, including physical reality, logic and/or any metaphysical reality that may exist, you tend to think forward from your actions to their conclusions. You do this because their outcome is mediated by the higher orders around you.

If on the other hand you think you are the highest order that exists, and that nature and/or gods are purposeless or random, you are going to think backward from your actions because your actions don’t exist to fulfill a goal, but to perpetuate an ideology. This is because in order to make yourself an order, you need to invent moral reasoning that keeps other humans from murdering you and/or seizing whatever you have.

In order to support this defensive morality, they invent the Ideology: a set of rules for what should be according to unproven ideas based on human ideas of what they’d prefer the world to be like. Ideology replaces reality. Let’s review that again:

This is why the right/left split exists. Or more accurately: why the right/anything-else split exists. The right is forward thinking, and everyone else has through the magic of Ideology explained away the need for reality itself. You don’t need a logical world, but you need a social consensus and the morality and ideology that goes with it.

Of course, there’s a price. Ideology requires a state because ideology is so massively divisive. Without some kind of central command, no one would do anything to work together with others, and society would fade out like those communes long ago where pot-smokers outnumbered gardeners and toilet-cleaners. Imagine that.

Could there be a society outside of a State?

It’s unclear if the separation needs to be absolute. One thing is clear: cultural enforcement of values, which occurs before people act because it makes them think in a forward manner, is much preferable to the Ideology method, which brings in the law after the mistake has been made for symbolic punishment.

If you live in a society where drunk driving is viewed as worse than bad, people aren’t going to do it. But the instant the State comes in, people are reacting to the rules, not the public opinion. And the public tends to defer enforcement to the cops and courts, and forget about the most important part, which is being intolerant and hateful toward those who engage in taboo behavior.

We’re told that cultural enforcement is bigotry and intolerance, but this is an absurd criticism that assumes that all behavior must be acceptable. Back in realityland, every society is bigoted and intolerant toward something, whether it be murder, child molestation or horse theft.

The further we go down the path of ideology, the farther apart we grow from nature. We are reacting not to reality, and we are not learning how to predict it out of the many factors one must think about, but instead we are reacting to Ideology and its rules, and doing what it demands. If that clashes with reality as it is, that’s too bad.

It’s no surprise that liberalism eats away countries like a cancer. First it kills off culture, and replaces it with police. Then it uses economics to keep everyone in line. And so on, each time growing farther from a clear vision of what reality — the assembled laws of physics, biology, nature, logic, etc. — actually is.

Over time these civilizations fade away. But first, everyone in them becomes miserable because while Ideology is clear, life is a mystery. Stumbling in the dark, they cry out for purpose, and their cries go unheard under the boom of loudspeakers, televisions, iPods and cannons.

Denial of life | Into the Mirror: The Life of Master Spy Robert P. Hanssen by Lawrence Schiller