Why Nationalists Should Want A Stable Russia 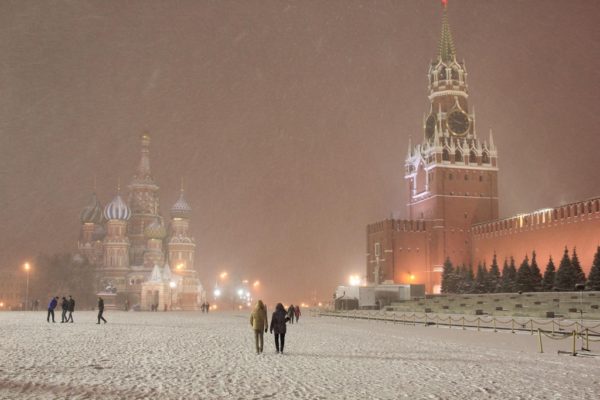 There has been a long standing warm relationship between a large portion of the alt right and the Russian government headed by president Vladimir Putin. This sentiment has been undoubtedly fueled by what the alt right perceives as more traditional and conservative Russian policies and its staunch opposition to neoconservative wars driven by the “Invade the World, Invite the World” collusion between Republicans and Democrats to further expand the American Establishment worldwide through globalism.

While Russia may be more socially conservative, and this is in itself worth defending, another reason exists for why Nationalists should oppose any destabilization of Russia: Russia serves a crucial role in the stabilization of Europe.

Russia serves as more than a geographical eastern boundary and gateway to Europe from Asia. Russia is, and always has been, a demographic barrier to entry to Europe as well. The upper classes of pre-Revolutionary Russian society instituted a harsh system of feudalism which kept large masses of Russian peasantry of various ethnic origin tied to their lands and barred from moving, and extended this to policies of mass deportations of peoples, mostly peasants, to the far eastern ends of the Empire from which they were forbidden to return. These masses of peasants would then, clear the Siberian continental mass, suppressing the more primitive local population and their customs.

Such policies not only helped curtail the rise and consolidation of lower strata of Russian society to political eminence, but displayed that great sensibility, refinement and understanding which Russian ruling class possessed in domestic and foreign affairs, which was not always met with equal understanding by competing imperial powers. These powers, at occasions often failed to understand the great part that Russian elite was playing in preserving the racial, social and political order of Europe, by not only preventing the westward expansion of large Eurasian masses of peasants, but forcing their migration to the East, where they would capture resource rich lands and suppress what were to Europeans completely foreign racial local elements. Furthermore, Russian aristocracy understood the necessity for the existence of such hierarchy and pan-European stability very well when it singlehandedly prevented the collapse of Prussian Kingdom under Frederick The Great, and Austrian Empire during Hungarian Revolution.

This perhaps crude but effective mechanism of demographic and social control led to the eventual advent of Russian culture and prominence in Europe, and the era of sharply increased scientific, cultural and artistic achievements. I believe that enough has been said on the subject of how and why Russian Empire was brought to an end, which historical and ethnic currents were driving forces behind it, and what dire consequences it brought upon Europe. That calamity was further amplified by disastrous casualties on the Western front during the same era, while any effective defensive mechanisms against demographic turbulence within Europe were brought to a definite collapse when German High Command understood that they could not win the cataclysmic war they unleashed because of nationalistic disputes with Poland, in effect handing entire Eastern Europe and parts of Finland on a silver plate to Soviet Union, a state that at the time was satisfied with so called “Socialism in one State” policy.

Fast forward to 2013, prior to the Ukrainian crisis, and we have a Russian state that has been experiencing an era of increased economic health and activity, much thanks to vast petroleum resources, as well as a fairly liberal economic policies, which although causing much plunder to state-owned companies, has at least supplied the domestic market with plenty of employment opportunities. Ever since 1991 and collapse of the Soviet Union, Russia has experienced a sharp drop in its population, particularly the ethnic Russian component, while many of the educated fled abroad.

What Westerners, including Nationalists, tend to miss is that the rise of Russian wealth has attracted many who would otherwise go to Europe to settle in Russia instead, where strong cultural nationalism keeps them relegated to minor roles. Russia lies between Europe and a warland of hundreds of millions of people of non-white origins and predominately Muslim faith. The increase in Russian economic performance and its loose labor policies have attracted these people to Russia instead of Europe, borrowing not only from the Middle East but the lands of the Caucasus where Islam remains popular.

Only in light of these facts one can understand the current neoconservative and Islamic aggression towards Russia which at times seems almost irrational and excessive, but is perfectly grounded in interests of these people. Destabilizing the Russian state, and bringing about one of the colored revolutions there, would lift the gate and enable millions of rootless laborers from Central Asia and Caucasus to seek “asylum” in Europe and completely overwhelm the continent. Coincidentally, those states that are so far the most spared from Arab and African invasion of Europe, such as Poland, Baltic States or Hungary would bear the brunt of this demographic offensive. European Continent would be drowned by Africans, Asians and Arabs and for good. There would be absolutely no barrier left to defend it

Here once again, is displayed the unfortunate, tragic part that Europeans, especially its less astute populations and ideologues play in their own downfall. Apart from Liberals, cosmopolitans and Leftist Jews who have been agitating for “regime change” in Russia ever since its economic advent, even nations in the east, especially Baltic nations and Poland, have joined these ranks and are vocally supporting “regime change” in Russia, seemingly completely unaware of the consequences of the instability of their larger neighbor. Baltic states and Poland have even at certain points harbored Chechen “rebels” who fled after their defeat. Once again, petty nationalistic differences and infantile vengefulness play their part in European racial suicide. Since open war against Russia isn’t (yet) on the table, the Asian demographic barrier in the east provided by the Russian economy is under fierce and collective attack by Leftists who are unfortunately joined by useful idiots from the ranks of nationalists and jingoists.

Hopefully, those European leaders who appear to be more logical and cautious in their policies, as well as pragmatically geared toward the self interest of their nations such as Hungarian president Victor Orban, who also seem to understand the pitfalls of “regime change diplomacy,” will be able to strike a more balanced cord and soothe the impulsive policy making of their fellow-Europeans.

Individualism Spotted In The Wild | Stepping Out of Simulation