Individualism Spotted In The Wild 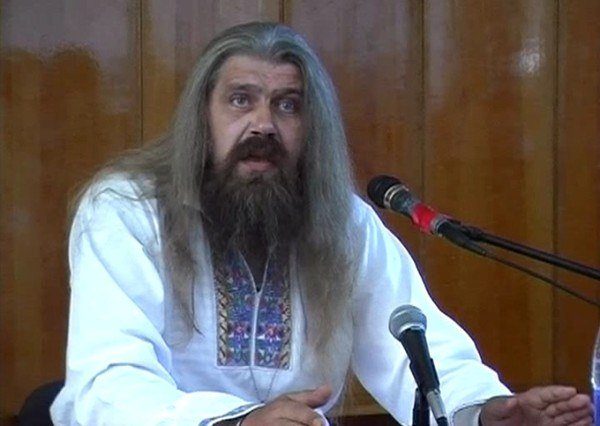 Read David Brooks columns is an exercise in coin-flipping because he is either mostly really on and totally insightful, or completely off-base in an educated, half-bottle-of-wine sort of way that is both entertaining and misleading:

The early Christians seem to have worshiped the way David did, with ecstatic dancing, communal joy and what Emile Durkheim called â€œcollective effervescence.â€ In her book â€œDancing in the Streets,â€ Barbara Ehrenreich argues that in the first centuries of Christianity, worship of Jesus overlapped with worship of Dionysus, the Greek god of revelry. Both Jesus and Dionysus upended class categories. Both turned water into wine. Second- and third-century statuettes show Dionysus hanging on a cross.

But when the church became more hierarchical, the Michals took over. Somber priest-led rituals began to replace direct access to the divine. In the fourth century, Gregory of Nazianzus urged, â€œLet us sing hymns instead of striking drums, have psalms instead of frivolous music and song, â€¦ modesty instead of laughter, wise contemplation instead of intoxication, seriousness instead of delirium.â€

When elites try to quash the manners and impulses of the people, those impulses are bound to spill out in some other way.

In this column, Brooks gets one thing right, which is that Trump is appealing to those who recognize that the official way is broken and needs to be overthrown through mockery. What he gets wrong is the nature of the process.

New ideas start out with an attitude that is part Dionysian, but more appropriately, esoteric. That is, those who can know, know, and everyone else follows along.

The herd surges, and then infiltrates, and then assimilates, which results in the original idea being converted to a form of hedonism: whatever makes people feel good, whether intellectually or physically, predominates. The Crowd has won!

At that point, a backlash — just as stupidly rigid as that which it is reacting against — takes over. The people of order take over and create a whole lot of rules to keep the sheep in line.

What they are reacting to is not Dionysianism, which is a type of discovering nature through deconstructing the human perceptual barriers that enclose our consciousness, but individualism. Everyone doing whatever they feel good about means that the original purpose is lost.

A saner way is the middle path: keep focus on the goal, and do not seek to patrol methods, which is a type of control or backward logic that attempts to regulate purpose by making certain types of action taboo. You can regulate goal, but regulating methods does not force the goal to appear, even when you remove all methods known to end elsewhere than the goal, assuming that what is left is a direct path to the goal.

Nietzsche might not see the middle path as Dionysian, but in another view, it is the ultimate Dionysian. Instead of looking toward the idea, one adapts to reality, finds what is beautiful, and then invents theory from that, knowing that (per parallelism) this world is organized in the same way as the next, and therefore that what is realistic is also logically optimal.

Donald Trump may be a jester because the court is corrupt. Western civilization is at its nadir. However, our path out lies in not separating adaptation to physical reality from logical clarity, but in the area where the two overlap, giving us a perspective on what is real both now and forever.

End Of A Franchise | Why Nationalists Should Want A Stable Russia