Why Gorka’s Retreat Could Help Trump 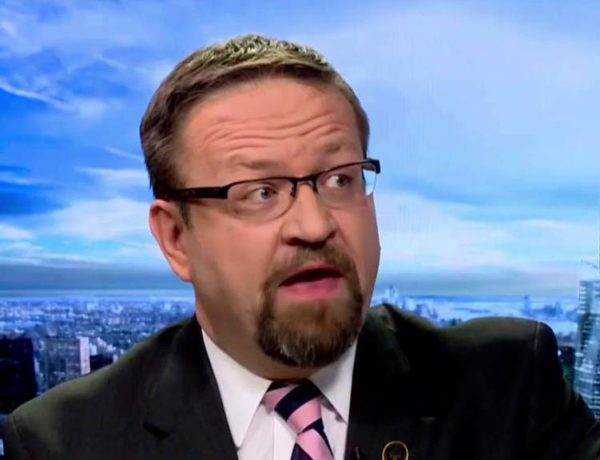 The spate of resignations from the White House is an attempt to retreat and regroup, not a withdrawal. Obama did the same thing early in his presidency, as have many others, once the battlefield reveals itself and new demands must be met.

As the most recent departure, Sebastian Gorka has attracted the most derisive comments, but his exit shows the existence of factions in the White House and the necessity of settling these for the administration to function at all. Gorka has stated that the anti-MAGA factions have won, but as an administrative question, what matters is more that the entire staff can implement the will of its chief executive.

Any factional resignation in any organization calls to mind the point of that organization, which begins with a concept derived from safety. Safety is important, because in its civilizational context as measured over the last 40 years (or so), statistics revealed that the life expectancy correlation with GDP/capita is 61%.

This means that births must be in balance with deaths. We see this in nature where grass-eating animals balance with flesh-eating animals. These ecosystems are present in all organizations where there must be a number of balances, one of which is cooperation.

Taking the White House as just another organization, it is possible to say that a factional break-up of that organization is a good thing because it reduces too much cooperation. The factions will each move towards its own zone of authority, allowing each faction to be economically efficient.

On the other hand, if a factional breakup did not occur, the organization would have enforced â€œfullâ€ cooperation between the potential factions, thereby turning one faction into a Dark Organization just like the Justice Department’s “deep state”.

Trump had the choice to have factions work in parallel or to force diversity upon his staff and to make warring factions work together. A White House where the factions are broken up will continue to operate at 80% efficiency, but forcing them to try to operate together reduces efficiency to 20%. Trump opted for greater efficiency with the knowledge that his staff are his employees, and whatever they think, are charged with carrying out his orders, and he prefers them to be more efficient than entrenched in factional warfare.

In the bigger picture, Trump is reorganizing for his own reasons. As a strong leader, he may want a hostile group to counterbalance his ideas, and by sending out discontents like Bannon and Gorka, he is able to spread criticism of his administration as being not extreme enough in pursuit of its goals, which gives him outside pressure that he can use to justify more radical acts.

On top of that, this is most likely a plain old reorganization. Trump needs a group that works together well just as he needs to keep the media distracted, and these departures keep the newspapers confused about his actual goals and operating methods. In addition, former staff like Gorka and Bannon are now cut free as evangelists for the Trump vision in their respective fields.

Media operates in the pocket between when an action occurs and when it is understood, and Trump benefits from introducing chaos and complexity so that actual understanding occurs after the media asserts its interpretation of events, which keeps everyone guessing. But in the meantime, his new streamlined team is more likely to operate at high efficiency.

Subsequent Generations of Immigrants Turn To Terrorism, Proving Diversity and Assimilation Wrong | All Conservatives (Even Cucks) Will Be Alt-Right For 15 Minutes