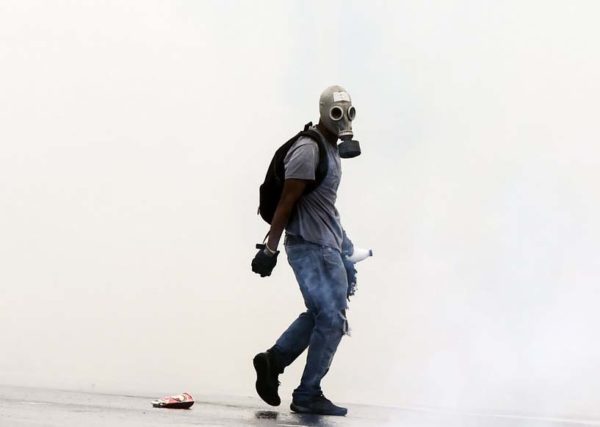 People invent lore to justify what they believe is convenient. This means that all of our reasoning as a society is backward, because it is people using the reasons they claim that they did things, in order to argue for what they want next.

In the post-Irish mythos of America, different groups from all over the world come here to a “melting pot” where they lose their original identity and become generic Americans because we have brought them the Bible, taught them capitalism, and indoctrinated them in the ideology of human universalism, or equality.

Europe has followed the American lead, but as seems to be happening here, things are not turning out well for the diversity narrative as cultural confusion leads second-generation immigrants to become terrorists because of the disorientation wracked by diversity:

â€œAn estimated 60 percent of those who espouse violent jihadism in Europe are second-generation Muslims who have lost their connection with their country of origin and have failed to integrate into Western societies,â€ Roy says.

They are subject to a â€œprocess of deculturationâ€ that leaves them ignorant of and detached from both the European society and the one of their origins. The result, Roy argues, is a dangerous â€œidentity vacuumâ€ in which â€œviolent extremism thrives.â€

Giving up a native culture means to go from someone with a place in the world to someone who must adopt a foreign nation and who must signify status through income only, having given up the values system of their homelands and having replaced it with what is effectively an ideology of anarchy.

This cultural erasure is responsible for the radicalization of second generations of immigrants, who find that they cannot become members of the founding group of the nation because that group was biologically different from their own, and at the same time, they have been made into merely economic units, which deprives them of any context, leading to the atomized lifestyle which creates both libertinism and radicalism.

In other words, even if we pretend that people can exist without a culture, they need one, and our attempts at “assimilation” and “integration” simply deprive them of their inherent nation and fail to replace it with something more compelling:

To call America a melting pot is hostile to marginalized groups because, according to the Stanford Encyclopedia of Philosophy, multiculturalists â€œreject the ideal of the â€˜melting potâ€™ in which members of minority groups are expected to assimilate into the dominant culture in favor of an ideal in which members of minority groups can maintain their distinctive collective identities and practices.â€ Multiculturalism pervades liberal thinking in our time. As a result, assimilation is â€œa concept many on the left currently hate,â€ Beinart writes.

To assimilate is to make oneself, or be made by others, similar to those others, a process that necessarily means becoming dissimilar from the people the immigrant left behind in his native land. The melting-pot metaphor implies that the assimilated will modify the culture they are assimilated to, rendering it as American as pizza pie. But that isnâ€™t good enough. For the zealous multiculturalist, assimilation demands â€œthat the marginalized conform to the identities of their oppressors,â€ to quote the Stanford Encyclopedia again, which â€œlooks suspiciously like the erasure of socially subordinate identities rather than their genuine incorporation into the polity.â€

Note that applying the logic of multiculturalism to the case of immigration requires positing that immigrants are dominated, oppressed, and subordinated.

First generation immigrants generally do not care about cultural loss because they do not perceive they have lost it; born abroad, they still have that identity and the memory of living among their people, thus easily gravitate toward immigrant groups and family in the new nation. Their children however, having grown up as attendees of a market rather than participants in a cultural identity.

Even more important, they lose out on the social trust that exists in non-diverse societies, and so have no sense of unity with others in their host nation:

Government, Roger Scruton argues, â€œrequires a â€˜we,â€™ a prepolitical loyalty that causes neighborsâ€¦to treat each other as fellow citizens.â€ Without the â€œlegacy of social trustâ€ derived from this sense of belonging to a highly specific subset of mankind, political stability is impossible.

No one was thinking of that when immigration programs were designed because those programs were created to fund the entitlements payments which had to go to the huge generation of people born from 1944-1964, a.k.a. the “Baby Boomers” or “Me Generation.” In Europe, the immigrants were intended as a tax base to pay for Boomer retirement:

But, Krieger added, one of the big caveats here is the effect that immigrants have on pension or retirement systems, which constitute a huge chunk of the public budget in many countries. Pension systems are typically pay-as-you-go programs, which means everyone currently working gets taxed and that money immediately goes to current retirees. Immigrants tend to have a tremendously positive impact on the pension system, he said. In fact, their arrival triggers what â€œpension economists usually call an â€˜introductory gift.â€™ If you find a job, you start paying contributions and all these contributionsâ€”because itâ€™s a pay-as-you-go systemâ€”go directly to the retirees.â€ That can swiftly shore up government finances in countries with an aging population, which describes most of Europe. Plus, â€œThereâ€™s been research showing that even if the people are net beneficiaries of the pension system [i.e. if, by the time these immigrants grow old, the state has committed to larger pension payouts], even then it would have a positive effect on pay-as-you-go simply because they will have children who become contributors, and immigrants tend to have more children than natives.â€ In Germany, said Krieger, that kind of effect on the pension system â€œis a factor of three or four compared to all the other benefits.â€

In America, a similar rationale was advanced in that immigrant payments into social security were anticipated to fund retirement programs so that existing citizens could exit the workforce and still receive benefits:

Stephen Goss, chief actuary for the Social Security Administration, told the Daily Beast, â€œEven as it stands under current policy, unauthorized immigrants contribute positively to the financing of social security not only in terms of their own contributions, but in the succeeding generations when they have children on our soil that are citizens from day one.â€

…â€œThe biggest problem we have with social security is there are fewer Americans to pay into the system to support people who are currently retired or about to retire,â€ says Ornstein, â€œso the more people working and paying into the system is better for everybody.â€

Henry Aaron, an expert on social security at the Brookings Institution, says that looking ahead 75 years into the future, the legalization of some five million immigrants by executive order would be â€œlike a boost in populationâ€”and a higher population is typically good for the (social security) trust fund. Itâ€™s equal to an increase in net migration, and when people enter the system, and that group is young and working, thatâ€™s positive.â€

When all you look at is economics, this makes sense. If you look at multiple silos of social benefits and detriments, it becomes clear that what is happening with immigration is merely cost-shifting, namely putting money into retirement programs while taking it out of other areas of the economy, including the benefits which most immigrants rely on.

At that point, it is hardly surprising that the children of immigrants — realizing that they are essentially part of a large retirement insurance scam created by democratic governments — become indifferent to life, and thus radicalize. Immigration benefits no one, and assimilation destroys identity, further increasing the misery necessary for successful suicidal terrorist recruitment.