All Conservatives (Even Cucks) Will Be Alt-Right For 15 Minutes 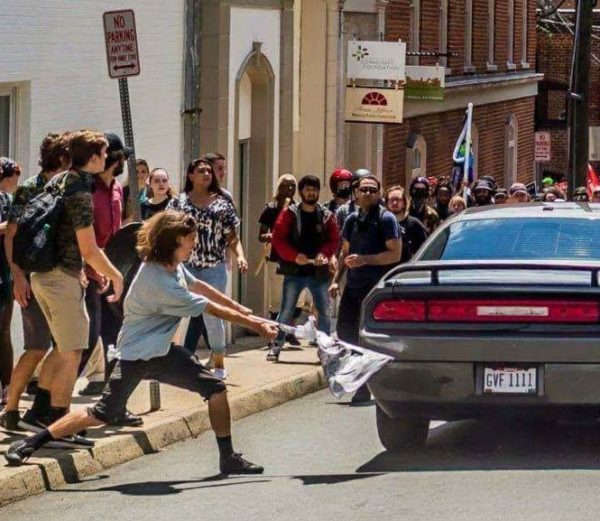 A lot of Alt-Righters are not born but made. Steeled, if you will, by the crucible of their surrounding intellectual and political environment. If you had told me five years ago that I would regularly publish on one of those sites, then I would laughed too hard to remember to take any serious offense.

When Donald Trump first announced for President I understood his appeal as a threat to decency. So while I wasn’t as prone to chic outrage at The Far Right as some others in the mainstream of what passes for Amerikan Rightism, I only found out I was Alt-Right via the knife between two of my vertebrae.

This shiving is common Cuckservative behavior that has precedent amongst the Old Buckley Conservatism of which Cuckservatism is a degraded, pseudo-intellectual version. Perhaps watching National Review go from William F. Buckley to John Fund is akin to watching Romans turn into Italians. Perhaps that did a grave injustice to poor Queen Margherita who wisely popularized the culinary delicacy known as pizza.

Proto-cuck conservatism began with the French Revolution, but the most distinct form arose in the 1960s, when the Right abandoned the culture war in order to become an essentially libertarian agenda, assuming that it could not beat the Left on social issues and therefore, had to retreat into the ghetto of “freedom” including the freedom of association to withdraw from Leftist insanity. That failed, and merely ceded the field until Ronald Reagan gingerly picked it up, dusted off the saner parts of social conservatism, and incorporated it into a quasi-libertarian platform.

Sadly, National Review has shown Amerika how to damage or wreck any Rightist who plays the game by the rules drafted by the Left. It always starts out as “Mr. So-And-So is usually a respectable Conservative, but after some event, article, or pronouncement we just can’t bring ourselves to identify with him….” I had it done to me on a blog I used to publish on.

The go-to insult right now is that So-And-So just went “Alt-Right” and no exorcist can bring them back again. The latest So-And-So being forcibly Alt-Righted is none other than Ben Domenech. He had a problem with the truth, you see. He started telling too damn much of it. His crimethink follows below.

The common denominator in all of these chimp-outs is the Leftism driving them on towards greater heights of onanistic stupidity. This is what happens when you let the Lefties out for recess unsupervised by large, burly security guards. This simple enumeration of factual data made the Happy-Go-Cucky Mr. Domenech an “Alt-Right” Freddie Krueger. This same Ben Domenech who habitually bemoans the GOP held captive by its baser elements as if he would react to meeting The Donald in person the way a nosferatu reacts to the display of a crucifix.

Personally, I think this is great. You learn and understand people better when you slog through the same heap of dung they have to. This closing paragraph makes me think he even gets why Alt-Rights want to seek alternatives to the feckless and impotent Not-So-Alternative-Right we have right now.

What will divide the country even more, though, is the fact that the rightâ€™s elites in media and politics are rushing to concede this battle before it is even joined, without thinking about where it inevitably leads. They are willing to trash the history of a portion of the nation in order to satisfy the American leftist elite, and they will run eagerly to fulfill that task in order to demonstrate how civilized they are. Along the way, they will run rampant over a portion of history that includes recognizable relatives for the World War II generation, toxifying the entire discussion. The direction this leads is much worse than where we currently are â€“ it is the open conflict of a nation at war with itself over its own character. This war will end badly, no matter how it plays out. And the way this story ends is in demolishing Monticello brick by brick.

All Rightists (even the Cuckiest of the Cucks) are going to be Andy Warholed by your disingenuous “fellow Conservatives.” It will happen to anyone who wades out into the Flavian Ampitheatre of contemporary political and ideological strife and draws their gladius. We all are going to be made Alt-Right for 15 minutes.

So if this be treason, use it for all it can possibly be worth. Ben, we the authentic right in Amerika are your father. Join the Dark Side of The Force and actually be free to think, write and say what you believe in what remains of your soul. Once you’ve been Alt-Righted, or even thought about it, they will never let you walk through the door at National Review or The Washington Post again.