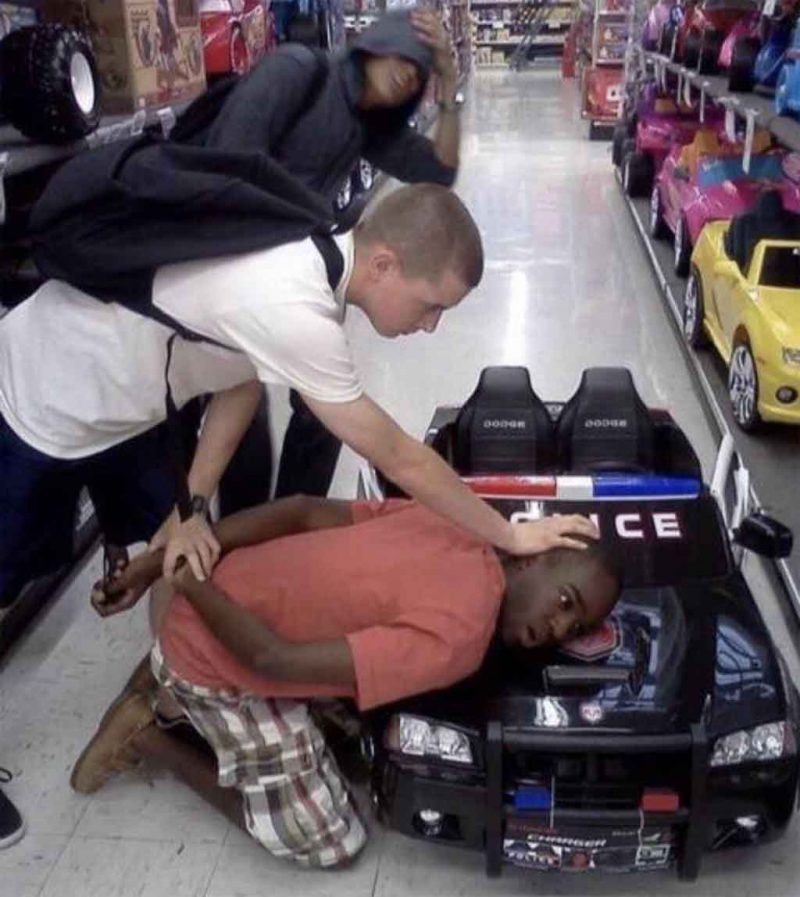 Leaving behind those incoherent attempts to reduce a way of life to an ideology, we can see that the civilization theory based in social order is the only one of the two that addresses the question of civilization itself. Individuals do not self-organize into a functional society; instead, you get the third world style existence where everyone acts in his own interest, ignoring the need for shared institutions, and as a result the most vicious seize power and most people are oblivious to everything but their own tiny circle of family, friends, and coworkers. These societies exist in a constant state of surprise — “a natural disaster! the gods must be angry!” and “corruption, in our government? impossible!” — where the things they ignore arise and damage them, they go into denial, gaslight each other with rationalizations about how it is not really a problem, and repeat.

From the civilization theory comes the idea of broken windows policing, or the fascist-derived idea of maintaining strict public order and appearances of order so that it signals to people that any lawbreaking is not tolerated here. This theory works for the same reason that some neighborhoods are nice and some not: if you drive into a neighborhood and see that vandalism and crime are common, you anticipate getting away with it; if you see order, maintenance, and vigilance, you realize that any acts of that nature will stand out like a sore thumb.

In addition, the paper tests the validity of the ‘broken windows’ hypothesis, where misdemeanor arrests are used as a measure of broken windows policing. The broken windows hypothesis has validity in case of robbery and motor vehicle theft. The models explain between 33 and 86 percent of the observed decline in these crimes between 1990 and 1999. While both economic and deterrence variables are important in explaining the decline in crime, the contribution of deterrence measures is larger than those of economic variables.

The Left likes to argue that the decline in crime in New York City was due to an overall decline in crime at the time, an increase in abortions, or “economic incentives” like more jobs and welfare. Leftists love to argue indirectly that all people are equal — they think they are very clever! — by claiming that external influences cause people to change who they are, like some criminal offered a good fast food job will suddenly hang up the gloves and truncheon and go on the straight and narrow. “Broken Windows” points out that people do not change at an inner level, so the only way to keep social order is to maintain the aesthetics of order, which encourages miscreants to go elsewhere. If you do it on a society-wide level, you shed idiots, criminals, and incompetents at a high rate and resume evolving where you left off before civilization decided to save everyone from themselves.

“Broken windows” policing means intolerance of small infractions across the board. It requires that you clean up neighborhoods literally, sweeping the streets, blasting graffiti off the walls, fixing the rotted wood, and replacing the broken windows. It creates an aesthetic of intolerance for deviation from accepted behavior. The Left and libertarians cry out that it is “fascist,” because it is fascist, setting up a total appearance of society based on order and cleanliness. They also call it conformist, which is true to a degree; “broken windows” fascism demands conformity to negative rules, that is, things one cannot do. On the other hand, the anarchistic individualism of the Left abolishes all standards, which causes people to conform to what is socially safe because they have no other guidance. If you want a society of people who obey some basic rules but are eccentric after that, try “broken windows”; if you want a society of people who cling to what everyone else is doing out of fear of stepping out of line, try liberalism.

New York’s crime rate has dropped to a record low since the onset of New York’s proactive policing in 1994, a level magnitudes less than in other big cities with similar demographics. As bad as it can seem in New York, it is worse everywhere else.

The police are heavily deployed in certain neighborhoods because that’s where incidents like Sunday’s shooting occur. Toddlers and recreational basketball players are not getting shot in the West Village; if they were, the police would be making stops there as well. Once in a high-crime area, the police use every tool they have to send the message that law and order remains in effect. Had the ordinary means of social control—above all, the family—not broken down in those neighborhoods, the police would not need to look out for and intervene in suspicious behavior.

“Broken windows” converts high-crime areas to low-crime areas; who benefits? Mostly the residents. Other communities also benefit because crime does not “spill over” into those areas — a euphemism for how criminals look across the boulevard when they need some nice easy targets to rob, and lo and behold those nicer areas have fewer burglar bars — but the primary beneficiaries are the residents, who now live in a lower-crime area and experience increased property values as a result. In fact, some evidence suggests that instead of moving on, criminals simply stop their activities.

For example, a study of “broken windows” policing in homeless camps found a reduction in crime without it moving elsewhere:

The Left hates the idea of strong social order, as it seems to them to interfere with their individualism, and perhaps they are correct, but stronger social order suppresses the negative behaviors associated with humanity and allows neighborhoods to thrive.