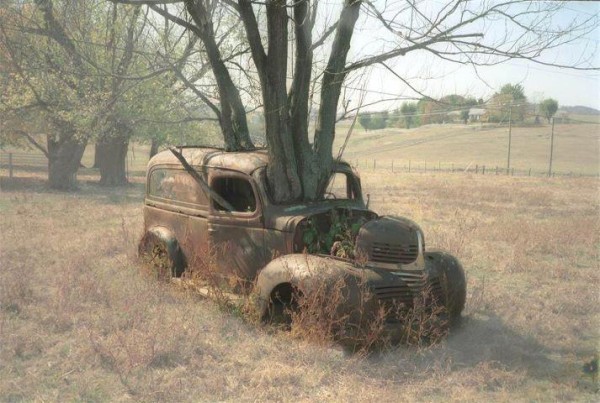 In the USA, we have three silos of political reasoning: Liberal, Conservative and conservative. Note the lowercase “c.”

The main party of lowercase-conservatives is the GOP, which many refer to as being part of “Conservatism, Inc.” or those who profit from offering conservative opinions, stirring conservative rage, selling conservative products, and then losing elections or otherwise fumbling it so that the politics of outrage can continue. They are a parasitic thing, industries, and making conservatism into an industry was no exception.

What defines the lowercase-conservatives is that they have accepted liberalism as bedrock. They are inclined toward compromise and working within the system. You will recognize them by statements such as this:

The idiots are running amok in Washington again, so we’ve got to double-down on the fundamentals and hold that line. We need a strong economy and strong defense. Free market capitalism and American military power will save the day. We need to be inclusive and reach out to the common man, the minorities, women and homosexuals. It’s a different world than the one my grandfather grew up in, but like any good business, we need to adapt and move forward. The liberals get these people in to vote, so we can do the same. Just give them what they want. If we can compromise with the liberals on the big issues, we can hold that line on the economy and military. We can all get along.

If you think you recognize a zombie in those words, you are right: this is someone beginning the zombie ritual. The zombie ritual is the modern march to the end that is best exemplified by World War I: “This sounds insane, but everyone else is doing it, so I guess I’ll follow along in the assumption that someone somewhere thought about this and not just their own prestige, power and wealth.”

Several types of zombies populate the American countryside. The most dangerous are the infectious ones who actively patrol around looking for brains to eat. These are generally of the type that want nothing to come before their egos, so they invent a crowd-based philosophy which boils down to everyone doing whatever they want, and enforcing this “right” via group retribution. When they bite into your brain, you see a glimpse of heaven you will keep chasing for the rest of your undead life. But really, you’ll just be stumbling about looking for some brains to replace the ones you lost. Nasty business, those.

Then there’s the helper zombies. These are like enablers in quit-drinking programs. They help hold others down for the bite, and feast on the leavings. These are the ones you see standing in the shadows of the doorways of places they used to know, vacant-eyed and drooling, often holding the half-eaten forearm of a loved one. Conservatism, Inc. fits into this group. They can’t stop the infection, so they’ve “learned to live with it,” but as a result they have no direction. Thus they keep going through the motions, taking in the money and dishing out the product, with no endgame in sight. They do not believe they can ever escape zombie status, and so they do not act boldly, cleanly and decisively. Their best hope is for coexistence and that the inevitable nightly beatings, gulags, mass executions, etc. are “kinder and gentler” thanks to their bipartisan approach.

The zombie ritual encloses us all. Every day, we walk past its destruction and have to endorse it because it is what we have for a society. We have to shop in the same stores that sell products for zombies, whether big blockbuster films about the bittersweet lust for human flesh, or the more extreme variants that populate convenience stores across the country. We have to use government institutions, and comply with their regulations, even though we know they’re insane and in that intention, totally destructive. Even more, we see zombies among us and we’re not allowed to lock them up and administer medication to cure them of their lust for human flesh.

Conservatism, Inc. went wrong because it settles for compromise. There is no longer any active principle in it; it exists to defend, and to coexist, but never to remove the unseeing eye of the zombie from the land. It doesn’t even strive to actually better life in America. It has rejected everything radical about the conservative tradition, which is actually the only radical tradition there is. Conservatism starts from the principle that a society is the sum total of its people, not the product of institutions. Thus high moral caliber must be maintained on every level. Liberals try to replace this with institutions, rules and equality, but that translates to license to behave badly for most of society and so unleashes social decay so profound it crumbles once-thriving societies into third-world ruins.

Remember when France was the world leader in military and economic power? Remember when Russia was the cultural capital of both Europe and Asia? Something went wrong, and kept going wrong. Remember when Athens was the pride of Greece? The victim-states of zombie attacks never even get a chance to scream. A zombie arrives, and they tolerate him out of good intentions, but then zombies start appearing everywhere. The inspector who licenses your shop is a zombie; the local car mechanic is a zombie; your maid is a zombie, and your local rich man has a daughter who’s a zombie too. Soon to be anti-zombie is to be anti-patriotic and you’ll end up in jail. The ritual begins yet again, with unseeing eyes and the insatiable thirst for blood.

Conservatism, Inc. went wrong when it stopped the conservative tradition of order and moral basis to government. No one can be both moral and a zombie; zombies are allies of Death and Evil, not growth and health. They are a cancer within the civilization in which we are each cells. What held the zombies back was strong culture rooted in the idea of a constant moral duty toward every task we do, and this is the essence of conservatism. Conservatism, Inc. forgot this, and it’s why they hate themselves and drink alone in the dark.

Our new future involves replacing this self-pitying and empty emotion with a resurgence: neither you, nor I, nor anyone else needs to be a zombie. It’s just part of the ritual, following others to our doom, trusting in the system. Conservative renewal begins when we attack this notion and show its empty core to the world.

Utopia | What neoreaction should have told young men