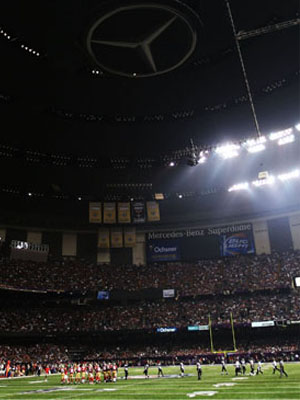 We post many analyses and solutions on this site. It’s time to tie it all together, since many people are still confused about what this blog stands for and why we keep harping on similar ideas.

The simplest it gets: there is something in humans that misleads us and propels us away from reality, which causes us to bunch together in groups to deny reality, which causes societies to become internally fractured and collapse. If you like civilization, you fight this force of reality-denial (Crowdism).

When people turn to the Crowdist way, they inevitably arrive at something like modern liberalism. The individual wants few constraints on itself, so it wants both an anarchic component, and a commercial component. Because these two create chaos, people then turn to an authoritarian component which holds society together.

The final stage of this process is globalism. Since the French Revolution, liberal groups have called for erasing all barriers to the individual’s total autonomy and total freedom of choice. Those include heritage, religion, culture, values and even sexual orientation. Nothing must come in the way of the whim of the individual.

I call this global process Amerika because it reflects what happens when a once-nice place falls under the control of liberals. First, they smash all of its decent traditions in the name of “freedom”, liberty and equality. Next they introduce crippling infrastructure failures. Finally, it turns into a totalitarian state.

That doesn’t last long. Totalitarian states decay because they rely on the power of one person. The result of totalitarianism is a slow collapse into third-world levels of low hygiene, corruption, warlordism, incompetence, laziness and social chaos.

Amerika combines the worst possible elements of humanity: the greed of consumerism, the apathy of socialism, the elective ignorance of democracy, and the binary approach to truth — our way or anything else — that marks totalitarian societies. It is a disease like cancer or paranoia. But it starts out sounding good.

This type of thinking first came about in the French Revolution in 1789, but had precursors in The Enlightenment some centuries before. Many people blame those roots on Christianity; I don’t think it’s that easy. The ancient Greeks described the same phenomenon happening to them, as did the ancient Indians. It is inherent to human existence.

We can call it narcissism or individualism, but it boils down to the same thing, which is a rejection of the possibilities of the world in favor of the judgments, desires, impulses and feelings of the individual. In other words, as if someone appointed us God, we put ourselves before everything else. Including reality itself.

Most human activities are designed to hide this simple truth. For example, in our popular culture, it is considered impolite to blame the individual for his or her own actions. It is better to find something big and impersonal to blame, like the Rich, racism, the government, the Kings, religion or even bad luck.

Most people when faced with this situation will go into denial. They write off society and start working for their own profit. The only problem is that when society goes downhill, it takes them with it. However, people cannot mentally process this because it shatters their sense of well-being. So like zombies they march in denial.

Amerika is the death of the West and the malaise that afflicts first-world nations. People are fundamentally miserable. They backbite and snipe, attack each other and sabotage each other, because they have found that living for the individual produces more ambiguity than actual solutions. They lie about this and claim to be “happy.”

This results in people who hate their own society and the people around them, and covertly but actively work to destroy it. The misery spreads from that. A quasi-sociopathic “me first” mentality replaces any sense of working with others, or even common sense and common decency. The death-spiral accelerates.

Much like the Soviet Union, Amerika is destined for failure. However, that will take time and during the intervening decades or centuries, it will destroy all that was once good and leave behind a cultureless grey population who have no ability to create civilization again.

Our solution here is simple: resist this decline by pointing out what it is, and by fighting back against liberalism. Get together the sane people, invade our political parties, demand change, and then throw out the parasites and their enablers. Put us back on track to a nicer and better way of life.

Right now, this seems like a dream. Modern society seems like it will never change. But as more and more of its vital systems fail, and the people who are replacing its creators seem unable to fix them, it becomes clearer that something must be done. You have a choice: stand for civilization, or stand for decay. Which side are you on?

Politics and the wave-particle duality of race | Hearts