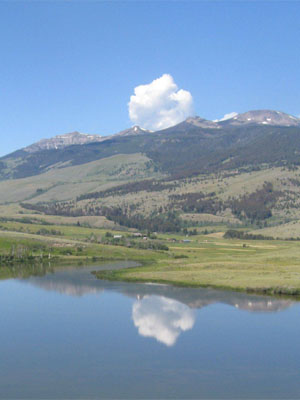 Deconstruction is a weapon of the left, which seeks to separate cause from effect, and in politics by the nature of the success of bite-sized pieces, deconstruction rules.

We generally talk in terms of issues as opposed to goals, for example. What is our goal? No one knows, but they’re sure of their positions on abortion, gay marriage and taxing the rich. The purpose of doing this stuff gets lost in a haze of dogma and emotion.

In this type of environment, it’s easy to fall into the mistake of allowing the opposition to define the discourse. If you let them set up the issues, and you react to those, then while you may have an “answer” for their propaganda, you don’t have a direction.

Republicans in particular are lost because they are defending what’s left of a once-great society. In order to not get overwhelmed by the singular focus of the left (on equality) and the multiple conflicting demands that are inherent to any party that represents a majority, Republicans have focused on a few fields of battle, most notably placing business before ideological equality imperatives.

However, the left is like a laser: it is polarized. It has one issue, equality, and as a result it has a position on every issue, which forcing each and every single possible choice into being a rabid support for equality. In fact, the left is a “my way or the highway” bunch: they have one ideal, and if you don’t support it, you are considered an enemy.

The right doesn’t really have a similar lightning rod because as a majority it isn’t interested in polarizing issues. It wants a lifestyle, a normal life that rewards the good and pushes the crazy out of the way, and challenges all of us to do our moral best.

I have in the past suggested the term “Mayberry” as a code word for what we want. This mythical village existed on the Andy Griffith Show and for many Americans, represented what they idealized: away from the urban horrors of both Archie Bunker and Sesame Street, in small-town America where values were consistent and wholesome.

The Mayberry mythos has several parts to it. The first is the location; the second, the population; the third, the lifestyle; and the fourth and final one is that challenge to do our moral best.

Mayberry will not satisfy everyone. Nothing does, and those things that require the greatest willpower and intelligence to appreciate are the rarest, not the commonest.

It is indeed a vision of hell for liberals. They hate majorities, they hate well-adjusted people, they want to replace internal moral challenges with external reward programs, and to be frank, they hate white people and blonde people. To them, it would seem boring and difficult.

But to those who see the world as a chance to be more than a body and more than another soulless consumer gulping down junk in an attempt to find a purpose in this world, Mayberry is a delight. A rare oasis of sanity.

Even more, it represents the American and European dream: we will go to new places, forge for ourselves a good living, and then enjoy that by raising our kids with the lessons we have learned. We do this so future generations can build on what we have fought for, and exceed us.