Politics and the wave-particle duality of race 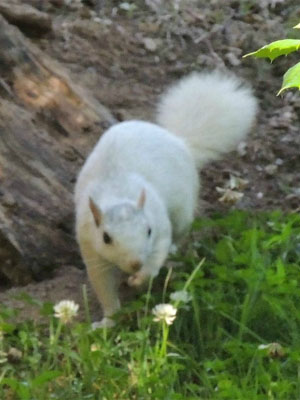 One of the more comprehensible strangenesses of quantum physics and the theory of relativity is the fact that sometimes light and other electromagnetic energies behave as particles, and other times they behave as waves. If you’re addressing the energy as a wave, it may become impossible to treat it as a particle, and vice versa.

There is a somewhat similar dichotomy that one runs into when dealingwith the subject of race. On the one hand, we all know that there are numerous successful, healthy, happy African-Americans who are well-civilized and behave in ways that are socially acceptable. These are the guys you find at Rotary meetings. They’re businessmen. They do well in their communities and churches. They have stable families. For a great many this isn’t true, of course, but for a substantial number it is true. A perfect example is currently at the wheel of our slowly foundering rustbucket of a superpower.

We all know that while all of this is true, there are also the statistics, which I won’t go into here because I’m sure the readership are mostly familiar with them. We have the IQ issue. We have the issue of crime and violence. Then there are the single-mother families, sons and daughters abandoned by fathers so irresponsible that they are often dodging child support for multiple groups of children. To make matters worse, this is not a situation that is getting any better, and in fact it’s deteriorating, and the rate of deterioration appears to be increasing. What we are currently doing isn’t working, for anyone but the people who are enriching themselves off of the prison-industrial complex, an institution which is operating more and more openly as modern day slave labor.

The granular level, individuals both good and bad, are the particles. The weight of statistics is the wave.

Strangely, we aren’t permitted to talk about the statistics. We’re expected to avoid them in polite discussion, to elide them away in favor of any number of newspeak techniques to avoid talking about the issue.

There’s something called the Sapir-Whorf hypothesis. This is the idea that it’s impossible to conceive of ideas for which we don’t have any language. It’s also called Linguistic Relativity. Language informs perception and cognition, to an overwhelming degree.

Linguistic Relativity is the reason why Newspeak is so dangerous, in all of its various forms. It tends to be internalized — to become Newthought.

When we’re told not to talk about something, when there is immense social pressure against talking about it, when there are all sorts of extremely severe penalties for doing so, and when that something becomes replaced with a notional version of itself, it becomes more and more difficult to even perceive that there is any alternative to the commonly accepted explanation.

All of the above is the reason why liberals and rightists don’t see eye to eye. There is an extreme cognitive divide between the two sides, and much of it has to do with issues of race.

We’re encouraged to emphasize the positive when thinking of individuals. A negative experience must just have been a person having a bad day, while positive narratives are the only ones that we hear talked about openly on the news — the others are discussed sotto voce, in various forms of code.

Another form of relativity is cultural relativism. All peoples are equal.

We can’t always be talking about these issues, rubbing them in the faces of a group of people who, for whatever reason, are downtrodden and vulnerable to an astounding degree. There’s very little point in doing so, with any individual. From this perspective, cultural relativism makes sense, and is polite, and is unquestionably the morally correct thing to do, and it’s unquestionably wrong to throw slurs at little old black ladies and dapper businessmen and even fedora-wearing urban cool twentysomethings on the subway. I’ve very rarely seen anyone behave that way and it’s a way of acting that says much more about the users of the slurs than the targets.

But then again, we have the wave aspect of the subject. A situation with an increasing downward trajectory. City centers turned into crime-ridden no-go zones, many of them literally free fire areas avoided by the police and decent citizens, except those unfortunate enough to live there.

Until we are able to speak openly about these issues and consider them dispassionately, we will never be able to get to the root of the problem of race in the United States. We’ll have to deal with the symptoms of the problem piecemeal — one example is the current gun crime issue — and we won’t be able to address the core cause as long as it remains a political and professional third rail. One definition of insanity is continuing the same course of action and expecting different results.

Until the problem is addressed, liberals and conservatives will continue to view the world through very different lenses. On this subject, I believe that the conservative view is closer to reality. The liberal viewpoint, colored by rose-colored glasses, is certainly motivated by decent impulses, but it’s pretty close to delusional. The more the narrative needs to reflect the delusional viewpoint, and the more convoluted rationalizations are created to rationalize away a steadily mounting body of statistics, to say nothing of common sense, the farther the liberal viewpoint will drift away from objective reality.

So, the situation will worsen. New cognitive pathologies will arise in the quest to justify the unjustifiable. The leftists are intentionally engaging in an increasing and compounding series of analytic pathologies. These pathologies will spread. Health care for illegal aliens. Preferential hiring practices. Laws applied equally to cultures which are not equal, governing to the lowest common denominator. These pathologies are cognitive cancers. Like cancers, they are metastasizing. The left will continue to try to tear down the nations and social institutions that were built over centuries through great effort and bloodshed.

And it appears that the right, ever fractious and eating its own, afraid of itself and afraid of the truth, is going to let them do it.

War and Democracy, by Paul Gottfried | What is Amerika?