What Idiocracy Got Wrong 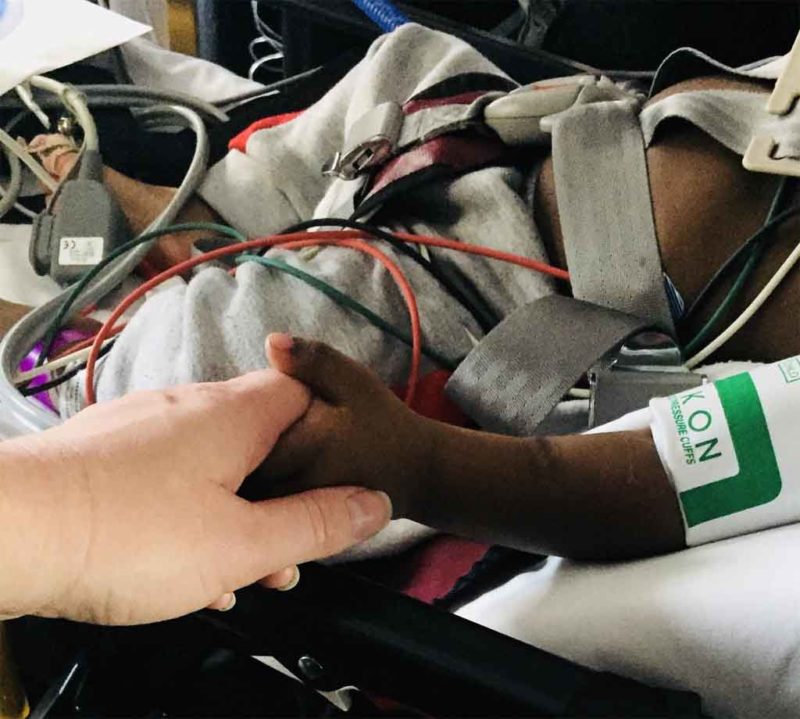 The movie Idiocracy spawned a national debate about eugenics and the low reproduction rates in Western countries. The movie portrayed a future where intelligent people were too dedicated to careers to breed, while the thoughtless charged right ahead with abundant reproduction.

Although it did its best to tiptoe around political correctness, the movie made a convincing argument that Aldous Huxley was right and that our pursuit of pleasure, liberty, freedom, individualism, and happiness would lead us into a type of dystopia-Utopia in which idiocy would always rule while sanity and intelligence were mocked as “you talk like a fag.”

However, the first part of the movie proves the most realistic, in which the high-IQ nerdly white couple discuss the reasons for delaying the question of reproduction, then their health troubles, and finally, their failure. They just die out, while the rest surge onward, benefiting from the social order and institutions created by high-IQ people.

The point was not made solidly enough that what destroys our society is not the behavior of the low-IQ groundlings, who are the same in every age, but that the people we are relying on to be our high-IQ innovators are chasing phantoms. First their careers, and then, in pursuit of those careers, political correctness becomes what they pursue.

Growing up, I always assumed that we were living in a totalitarian country because there was only one way of succeeding, and it required obedience. Go to the school and memorize the “facts,” then repeat on test. Go to the job and spend hours there doing whatever you are told, even though most of it is unnecessary. Finally, chase trends so you can be “relevant” and get social recognition and through that, be important enough to be promoted and own things.

It was pervasive. If you went off and started your own business, you were still judged by the same things and because you had to socialize (to a degree) with those who were your customers and suppliers, you had to talk their language, which meant adopting their assumptions. The virus spreads through human contact.

Even those in the professions had to bleat out the same tired lies if they wanted to keep their jobs. Whether that was that fat, not sugar, caused obesity, or that race does not exist and we can all be just the same, the force of the lie was the important part: it kept you in a mental position of subservience, ruled over by an illusion chosen by others to flatter their pretense.

That, there, is the core of tyranny. It has two parts: the dogma must be untrue, and it must exist not for realistic reasons — survival of civilization, preservation of nature, increasing the good in the world — but so that people can obscure the parts of reality that make them feel small. They want to see themselves as important, as if the world revolved around them.

We are back to the Garden of Eden with that idea, or the discussion of hubris in The Odyssey. Humans have a role in a vast mechanical hierarchy of life, and it scares us because it acts for its own needs, and not ours. So we, like the rabbit in the field, can only hunker down and hope to find enough to eat while dodging predators. Our deaths and lives are not in our own hands.

Humans and other species retaliate against this smallness with pretense, which is the notion that the judgments of our species — both individual and group — are more important than those of nature, and therefore that we as individuals can be important in that social group and thus, in our minds at least for the short term, defeat death, fear, loneliness, insignificance, and the lack of innate meaning in life.

Our tendency in life as thinking beings is to become frustrated at the world for not resembling our outer intent, or what we thought we wanted to happen. Outer intent is like wishing you won the lottery; inner intent is like the desire for a comfortable life so that you can do something meaningful. When life does not match our outer intent, we tend to rage, even if it will eventually provide one possible option to match our inner intent.

Tyranny consists of humans in groups deciding to enforce their outer intent on the world through other human beings. If we say an apple is a banana, and to buy one at a store you must call it a banana, and you get fired if you call it an apple, then everyone who wants to survive will call it a banana. This flatters human pretense, or convinces us that our illusions are correct.

And yet, tyranny spreads from the top because people compete. If a new audience springs up which wants to call apples bananas, then all industries which depend on masses of individuals doing the exact same thing to support them — clicking a vote, buying a product, liking an idea — will turn toward favoring them, and those who are most driven to succeed will start calling apples bananas.

Those things are all egalitarian, in that instead of asking “what is right?” they ask “what do most people want?” Democracy, utilitarianism, social popularity, consumerism… these are all different faces of the same basic idea. And those who are smarter than average and want to make a better life for their families chase success in these areas.

Storeowners never say anything unpopular. Doctors are slow to deviate from the approved way of doing things. Advertisers play to whatever they think most people find least offensive and most appealing. Politicians know their future depends on promising what 51% of the audience thinks is a good idea. Rising from the bottom where it is formed, the rot then infects the top and trickles back down.

When you look out there and you see big companies insisting on diversity in every advertisement, government buildings lit in rainbow colors, and celebrities praising our enemies abroad, you are witnessing a “race to the bottom” caused by rot from the top. Everyone wants to get in on the latest trend so they can increase their own brand value.

This show us yet again that the real problem with bottom-up systems like equality is that they destroy us. We lose sight of any external mission and instead turn inward, which creates a competition for flattery and obedience, and that both breaks our self-respect and drives us mad as we try to conform to obvious reality-denial.

As Plato showed us, democracy changes us from people who can focus on a goal to people who are constantly distracted by new needs for entertainment, novelty, popularity, and whatever other trend is passing by:

And now what is their manner of life, and what sort of a government have they? for as the government is, such will be the man.

…After this he lives on, spending his money and labour and time on unnecessary pleasures quite as much as on necessary ones; but if he be fortunate, and is not too much disordered in his wits, when years have elapsed, and the heyday of passion is over –supposing that he then re-admits into the city some part of the exiled virtues, and does not wholly give himself up to their successors –in that case he balances his pleasures and lives in a sort of equilibrium, putting the government of himself into the hands of the one which comes first and wins the turn; and when he has had enough of that, then into the hands of another; he despises none of them but encourages them all equally.

He lives from day to day indulging the appetite of the hour; and sometimes he is lapped in drink and strains of the flute; then he becomes a water-drinker, and tries to get thin; then he takes a turn at gymnastics; sometimes idling and neglecting everything, then once more living the life of a philosopher; often he-is busy with politics, and starts to his feet and says and does whatever comes into his head; and, if he is emulous of any one who is a warrior, off he is in that direction, or of men of business, once more in that. His life has neither law nor order; and this distracted existence he terms joy and bliss and freedom; and so he goes on.

These systems — consumerism, socializing, and democracy — destroy us because by making us “equal,” they create an absence of power into which the raving and raging of the mob mentality rises to have control. They start by destroying our elites and making them corrupt, but ironically, this occurs because those elites are soliciting approval from the masses.

When people tell you that our politicians, celebrities, elites, business, or capitalism is the enemy, it is important to recognize why they are wrong: the rot starts from the top, but that is because egalitarianism has changed the requirements for success to center on popularity with the herd.

Capitalism did not do this to us. Even the media did not do this to us. Nor did our politicians. We did it to us because we demanded — or at least enough of us did — that any official word flatter us, the people, and our notion that we are all equal. Political correctness results, and our society becomes a dog chasing its own tail, racing in circles until divested of its energy, it collapses.