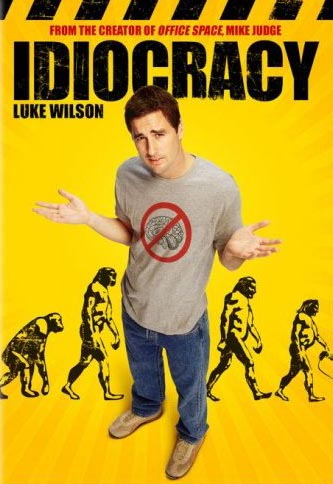 At the urging of a friend, I checked out this movie. When it was first described to me, what shocked me was how predictable it was: in the scene being explained to me by others, I could tell exactly what was going to happen and couldn’t believe the absurdity of it. Now I see how this is the strength of this movie.

This film is somewhat of an exercise in sadomasochism. There is delight in the stupidity of others, and a “2 minutes hate” style mentality toward them for being idiots. There is also a sense of predictability in the consistent stupidity of these characters, and it shocks us because we’re accustomed to ignoring stupidity even after someone does a blatantly stupid thing, and then being surprised when they do another, because that’s sociable. At the same time, even the predictable is made hilarious with over-the-top absurdity, and so there’s a delight in seeing what many of us believe will be the downfall of humanity: because we’re all socially equal, we cannot attack stupid behaviors and stupid people or we face the wrath of the crowd, thus over time our civilization itself becomes dumb as bricks.

Plotline summaries are easy to find, but for a quick rundown, this movie takes place when an average Joe and a below-average Jospephine find themselves in the future, where everyone is brick stupid. There’s a bizarre caricature of Barack Obama meets Hulk Hogan for the president; the average people resemble Beavis and Butthead, but worse; all functions of society have decayed according to the whims of a population that is too easily convinced of lies. And that is the first task for anyone in the land of the stupid: to lie simply and convincingly.

Although movies are so obvious by the nature of the medium that we’ve all become accustomed to sitting through the obvious in case the special effects are good, this movie is a drubbing with the obvious. It’s not about the future, or rather, the future isn’t a distant binary state — it’s a gradient, and we’re on the part that is steadily darkening with stupidity (there are strong undertones of Platonic eugenics to this film). That is why while I would not leap to see this again, I might purchase it for friends because it’s as valuable a container of truth as many works of literature.