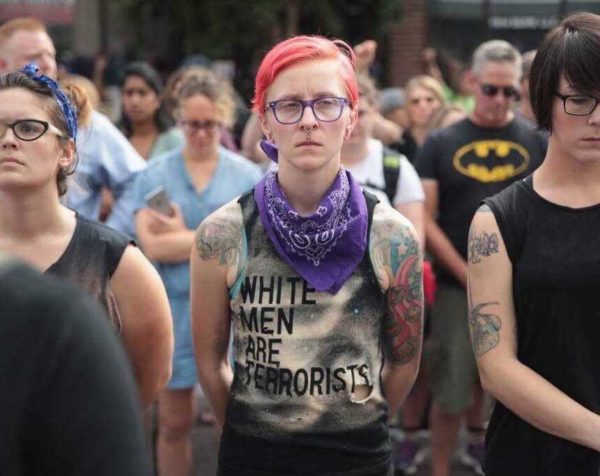 Long ago, we had a system called hierarchy where we took the people who were smartest and most prone to do the right thing in every circumstance, and put them on the top. They ruled over the rest of us, which by the very nature of humanity, involved telling us that what we “felt” or desired was not going to lead to a good outcome, so we could not do it.

That never sits well with a man, being treated like a child, reasoned the herd. Given that humanity is 90% people who need to be told what to do, and only 9% who can be delegated tasks to, most people need to be restrained from their own impulse to self-destruction most of the time. But the herd knew better.

“Those kings, it’s just an accident of birth,” the shopkeeper said, because he always says what flatters his customers. Say something nice, sell an extra pound of cheese, and the wife of the peasant or artisan who buys it will never tell and her husband will never ask. So the shopkeepers grew wealthy on the pretense of the unpunished herd.

Then the masses were formed, of the shopkeepers and the peasants, and they decided that the kings really were worthless. They worked with the rich merchants of the cities to overthrow the kings. Those who had read and understood the classics of history, who knew things about human nature, said this was a bad idea, and that we needed hierarchy.

“Oh, no,” said the proles. They brought out their own writings which used complex but irrelevant theory to suggest otherwise. “The kings are merely a social construct. When the people rule, we will end the abuses that were perpetrated upon us because we, who are obviously equal because we are people too, were obviously innocent.”

The elders thought that one over. The notion of “equality” slipped into the concept that they knew as “fairness,” which was that you listened to people and tried to do what was right before them. But they were baffled, because people were obviously not equal on the inside, where some showed more intelligence, moral character, determination and honor than others. The elders rejected the new idea.

We Know Better, said the crowd.

So the great experiment began! After all, all of the great works from the past suggested that this was a bad idea, based in no small amount on the graves of Rome and Athens signaling the end of the civilizations which were widely acknowledged as our superiors, except in technology, of course. But onward bravely we sailed.

The first thing that happened was that people were reduced to their dollar value. In the past, the kings and aristocrats were considered divine, or of the bloodlines closest to the divine, at least, and so they owned the land and laid out the social structure. No more! Now every person was free to join the lottery of salaries. They might earn more, but more likely, they earned less.

“Obviously, we can fix that, too,” said the sages of the new age of ideology. They got to work and busily wrote reams of law to make sure that hiring and firing were fair. They instituted taxes to pay for those who were “poor,” a nebulous category which included anyone who was not of the middle class, that is, with a stable salary, home and high tax rate.

Proud at having fixed that one, the sages turned to the next problem, which was that economies blew up every now and then because the masses, having no structure, moved in waves of panic at what had just failed and greed toward what seemed to be the Next Big Thing. The old sages suggested social order, where investment was limited to those who knew something about it.

The new sages appointed leaders, created banks, expanded government and busily wrote more reams of laws. These seemed to just intensify social competition, so they raised taxes more to pay for those who were not succeeding. This made jobs nearly unbearable, with people giving most of their time just to live, and to pay the taxes, of course. The old sages pointed out that they warned people.

“You have removed social order,” they said. They pointed out that, in the hands of the merchants, civilization had become crass, a race to the lowest common denominator so that one could capture the widest audience, since the 90% were known for their low standards and fascination with the crass, sexual, excremental, cloyingly sentimental and mindlessly violent.

In the meantime, the herd was rioting again. It turned out that the new rules just made it easier for those with money to make more money, but even worse, the burden of red tape and legal barriers made it harder for smaller businesses to compete. And so the rich got richer, the middle class got poorer, and the poor got government benefits.

The new sages produced their final idea: since everyone was equal, everyone deserved the same money and power, so they would take from the wealthy and give to the poor. Refulgent in its simplicity, the theory seemed to defeat all. Unfortunately, it then collapsed, so they patched it up by saying that now they would not take from business, only individuals.

That made the richer citizens smile. They could keep their wealth in their businesses, and raise taxes on income, which would hit the middle class and then those suckers could pay for the poor. The laughter echoed through the halls of commerce and exclusive clubs in the center of the big cities.

By now marginalized to the outside of scholarship and literature, the old sages warned: you will merely replace social order with a commercial order, and by limiting that order, replace it in turn with government, which serves only itself. It seems like power to the people, but in fact it is slavery, thinly-disguised behind an economy and “good intentions.”

The new sages of the herd came up with their next brilliant idea. In order to make everyone happy, the solution was for all of us to live the same way. We each got an apartment, a car and a job; we went to the job, and got taxed; the taxes paid for others, and then everyone would live in peace because no one had less than anyone else. We could be identical as equals.

At this revelation, a new energy infused the population. Finally, we were all equal, and all we had to do was obediently go through education, attend our jobs, do everything on the checklists for each task, and then we had up to four hours a night to amuse ourselves with television, alcohol, sex, drugs and motorcars.

For the new sages, this was a boon, because now they had most of the population on their side. Every person wanted their equal share, and was bigoted and paranoidly suspicious of anyone who proposed any other idea. Like ants, they swarmed over anyone who suggested otherwise, or merely failed to agree, and tore them to pieces, carting off the remains for themselves.

“The problem with this society is that you cannot tell the truth,” said the old sages. So they expressed themselves through literature, warning that the city and its businesses, if unleashed, became self-serving like everything else in this life, and would simply consume everything good and replace it with assembly line style interchangeable parts, rote process and divided roles.

Like the Romantics before them, they warned that the greatest risk to us was not some shadowy group, but ourselves. In a mob, we express ideas that are more emotion and personal attention-seeking than reality, and by chasing this phantom of the unreal, we lead ourselves over a cliff just like those ancient societies did.

The new sages realized that their power might wane, so they introduced a series of distractions. First we had to all fight for sexual equality, which meant the ability to have sex with anyone and not be seen as less important for it. Next, we had to bring in other ethnic groups in order to be truly equal. Finally, we need more payments for the poor to keep everything fair.

“It’s just distraction,” said the old sages. They realized that the herd was deflecting from its own bad choices, and rationalizing decay instead of acting against it. But the masses were fully mobilized now. They were educated! They were empowered! They had money, too. And so they tore down any idea but going further along the existing path.

This forced civilization into a quandary: the few who seemed sensible opposed the new way, but everyone else wanted it, and they were more numerous. Now there was no way out but a breakup, with the Know-Betters on one side, and those who were skeptical after centuries of problems on the other.

Ironically, this brought us back to where we had been before the whole Know-Better crusade started. The kings, aristocrats, caste, culture and customs of the past — including a faith that this life is good, and therefore the end of the body is not The End — served a role, but only a few people could understand them.

And as history had shown, once again, those were the people who knew better, not the crowd.

How Can We Blame Capitalism Today? | Fetus Football