by Jonathan Peter Wilkinson on October 16, 2017 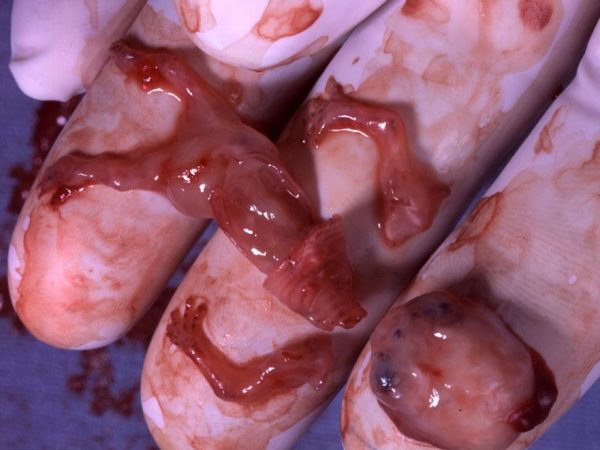 I’m now convinced that House Speaker Paul Ryan is losing this year’s game of swamp chess to the base elements of his own party. How so? Because he is endangering one of his sacred cows. Congressman Trent Franks has passed H.R. 36, the Pain-Capable Unborn Child Protection Act. This bill would restrict abortion in the United States to the first twenty weeks of a pregnancy.

President Trump weighed in and approached the issue from a viewpoint that nobody on the political left or professional right wants it approached from. President Trump wants a compromise on this that is morally and legally acceptable enough to make pro- and anti-abortion nutjobs shut up and go home. He likes this bill as a way to end the divisiveness that cynical political swamp creatures depend on to fund their various PACs.

â€œThe bill, if enacted into law, would help to facilitate the culture of life to which our Nation aspires,â€ the statement reads. â€œThe United States is currently out of the mainstream in the family of nations, in which only seven out of 198 nations allow elective abortions after 20 weeks of pregnancy. Americaâ€™s children deserve the stronger protections that H.R. 36 would advance,â€ the statement concludes.

Congressman Franks goes on to point out that political professional class (including the aforementioned Congressman Franks) has played political football with the lives of unborn children and the futures of their mothers in a manner that risks making The United States a human rights embarrassment in comparison to the rest of the world.

The Pain Capable Unborn Child Protection Act is a bill that finds overwhelming support from all humane Americans. Very late term abortions are an extreme and barbaric practice. The United States is only one of seven countries on earth, including North Korea and China, which allow elective abortions after 20 weeks. For little babies to feel the crushing agony of the abortionistâ€™s tools as they undergo â€œdismemberment abortionâ€ in the land of the free and the home of the brave is a disgrace that defies human expression. Subjecting innocent babies, from the beginning of their six month of pregnancy and later, to this kind of insidious torture does not reflect the true character of America.

To determine if we really are as bad on this stuff as, say, North Korea, where the typical Communist food supply problems suffice to remove surplus people without the necessity of sadistic medical intervention, we need to look at how supposedly civilized, democratic countries like ours juggle this particular hot potato. The BBC took it upon themselves to examine abortion laws in 27 separate nations. In practical terms, they discovered a first trimester abortion is legal, upon demand, in just about any European Nation. After twelve weeks, the expecting mother will need a skilled lawyer, but perhaps still could terminate a pregnancy. As of 2007, the details by country closely resemble the chart below.

The Europeans have managed a sophisticated and humane compromise. A compromise that demands a certain level of mature intelligence on the part of the individual. The people involved in a pregnancy have twelve weeks — three months, a quarter of a year — to make a hard call. After that, one way or the other, they can suck up their regrets. It’s a just world rather than a fair one when sovereign citizens are expected to act like the adults they biologically have become. Congressman Franks fights a commendable fight to make Americans own their own sexual and financial decisions on this and it would a great way to legislate, regardless of whether or not the particular issue was abortion.

As for H.R. 36, it is a net positive and an imperfect but necessary step in the direction of a more decent and life-affirming society than we currently have in Amerika. It is good because of the sadistic and unmitigated acts of vile evil it will prevent. Take, for example, what happens during a Dilation and Extraction procedure procedure performed to terminate a pregnancy in the twenty-third week.

The toughest part of a D&E abortion is extracting the babyâ€™s head. The head of a baby that age is about the size of a plum and is now free floating inside the uterine cavity. You can be pretty sure you have hold of it if the Sopher clamp is spread about as far as your fingers will allow. You will know you have it right when you crush down on the clamp and see a pure white gelatinous material issue from the cervix. That was the babyâ€™s brains. You can then extract the skull pieces. If you have a really bad day like I often did, a little face may come out and stare back at you.

On the other hand, abortion as eugenic hygiene remains on the table. Where the clinics are placed and who they advertise towards is a measure of who the society would rather not show up for the future. In the proud tradition of Planned Parenthood, abortion has traditionally been a sub rosa solution to Mordor Amerika’s Diversity Problem.

A cursory study comparing rates of abortion in America to our population demographics demonstrates which groups of people American society would obviously like to see comprise a smaller minority of the general population. Filtering out miscegenation, 63% of Americans were White Alone, while 12.4% were purely Black and 15.8% were at least partially Hispanic or Latin in Anno Domine 2009. The other 9% were either Asian or racially mixed.(Ht: Wikipedia). The New York State Department of Health reports that in 2008, almost 50,000 out of 118,000 abortions were performed on African-America unborn children. 54,000 out of the 118,000 pre-birth assassinations were directed at White unborn children. Assuming that New York State more or less â€œlooks like Americaâ€, and that American demographics didnâ€™t undergo watershed transformation in 2008, there is an obvious disparity between population proportion and numbers of abortions taking place in America today. 42.3% of New York Stateâ€™s abortions involved a racial cohort representing 12.4% of the population. Less than Â½ of the abortion procedures (46%) involved white children.

Some will read the above and reply. “I see. So what was the problem here?” Well, it involves Newton’s Third Law which seems to apply beyond physics without loss of generality. When really funny guys like Stephen Colbert and profoundly brilliant intellects like Ta-Nehisi Coates discuss whether America will be more beautiful with Whites as a minority, I can almost imagine John Lennon singing “Imagine” somewhere in the background. This is totally what the SJW wants to see happen in Amerika.

Once they get together and smoke the same dope pipe, the next questions involve means. Shooting Whitey leaves a big mess around The Mandalay Bay Casino. Wouldn’t it just be nicer if whiteness were to just sort of quietly go away? If Kermit Gosnell was a plague vector aimed at lower income blacks that higher income, liberal whites wanted off their welfare system, what would stop them for redirecting that vector at Gorbutt, New York? Certainly not Kevin Williamson of National Review.

In conclusion, a major source of the evilness that we experience in Amerika is the mechanized devaluation of life. Reading All Quiet on The Western Front drives this home like a nail. The Power Game by Hedrick Smith shows you how this became a driving vector of evil in our politics. It is abortion that has brought this ability to industrialize the elimination of inconvenient people down to a very personal and individual level. Our abortion industry — tissue McNuggets, crypto-genocide and all — is a byproduct of the dehumanization of man in contemporary society.

This is why Trent Franks has, perhaps unwittingly, just offered us an opportunity to throw sand in the gears of this awful machine. Taking a stand for the sanctity of life, in the name of a supreme God, beyond the ken and comprehension of human rulers is in direct opposition to the hateful Moldbuggian Cathedral. No, Trent Franks isn’t Alt-Right. He wouldn’t admit to it without truth sermon even if he secretly were. Yet still, despite himself and his political affiliations; Trent Franks has done what was right here.

If we want to avoid the moral evil of literally paying people to crush little babies and watch their brains run down the surgical instruments, tell The US Senate to pass this bill. If we want the societal peace that comes from putting a deliberately contentious and divisive issue to bed so that political hobbits like Nancy Pelosi and Paul Ryan can’t use it to control our lives, we need the US Senate to get this done.

If we want to play the long game here on behalf of our race and our tribe, support this bill and take a weapon out of the hands of those like Coates and Colbert. Our current abortion-industrial complex is part of what makes Amerika an increasingly dispicable place. H.R. 36 goes in the right direction by taking away a lot of its revenue and life blood. Now is the time for the US Senate to be put on record and made to either filibuster or vote. Let the cynical games played with lives of unborn children be brought to an end.