by Jonathan Peter Wilkinson on September 27, 2018 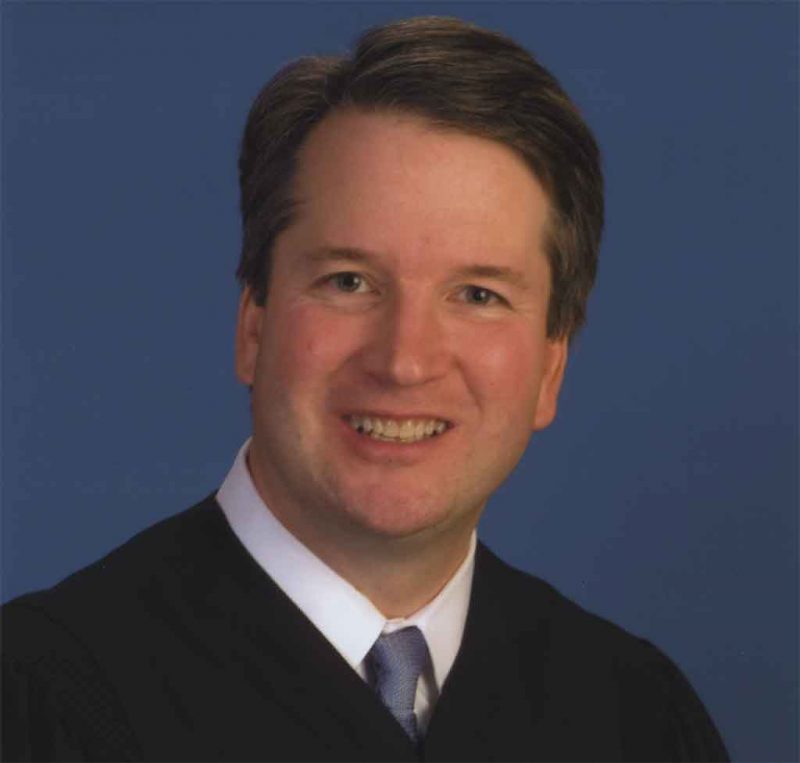 About two weeks ago the US Senate was on a higher moral plane. At that point, old youtubes of The Jerry Springer Show were accurate proxies for their proceedings involving the nomination of Brett Kavanaugh to the US Supreme Court.

Then they got into sex. Really kinky forced teenage sex. That happened nearly four decades ago. It involves an accuser who does not remember exactly where and when it happened and has four witnesses who refuse to corroborate her story. There is no way we can possibly vote on this nomination until several more FBI investigations have passed and lots more Democrats are in office so we can have more bipartisanship.

It was that bad before Michael Avenatti got out his back issues of Penthouse that he keeps on top of his toilet tank. Avenatti then read those magazines for the articles. That’s how much of a pervert and a lowlife the man truly is. It wasn’t just any Penthouse Forum that he selected to concoct his ridiculous Brett Kavanaugh story. It had to be one that Bob Guccione considers disgusting. The sort of think that would actually still capture the interest of Larry Flynt. Accusations about gangbangs and train stations were involved. Lots and lots of drugs. And a woman whose ex-boyfriend has now publicly denounced as a crazy, dishonest skank.

Swetnick was identified on Wednesday by Avenatti, who produced a sworn statement asserting that she met Kavanaugh in the 1980-1981 time period and subsequently attended more than 10 house parties where she said Kavanaugh and a close friend of his, Mark Judge, attended. Swetnick does not accuse Kavanaugh himself of sexually assaulting her in the sworn statement. But she asserts Kavanaugh was present when she was the victim of a “gang rape” by multiple boys at one party. Vinneccy made clear that he did not believe her story. “I have a lot of facts, evidence, that what she’s saying is not true at all,” he said. “I would rather speak to my attorney first before saying more.”

So at that point, the Senate could sink no lower. The public was yeah, verily sick of the turgid degenerates (and I don’t mean either Judge Kavanaugh or his growing legion of Soros-funded accusers), and therefore everyone realized the mutually assured distruction of honor and decency had to stop. Oh, wait…

The Senate Judiciary Committee released a transcript Wednesday of a conference call in which Judge Kavanaugh was asked about an allegation raised by Sen. Sheldon Whitehouse, Rhode Island Democrat. Mr. Whitehouse informed the committee that a constituent contacted him Monday and told him that a close acquaintance “was sexually assaulted by two heavily inebriated men she referred to at the time as Brett and Mark” in August 1985 on a 36-foot boat in Newport, Rhode Island. The constituent said he and another man scuffled at the time with “Brett and Mark,” but it was not until this week that he “realized that one of the men was Brett Kavanaugh when he saw Kavanaugh’s high school yearbook photo on television over the weekend,” according to the transcript.

This was retracted within maybe ten minutes of contact with actual professional investigators. Only generally Right Wing papers such as The Washington Times are acknowledging that the accuser has retracted the accusation. The vote hasn’t been held yet, so clearly it’s too early for these people to print a retraction. At this point, they ran out of enough imagination to come up with any way this could get more grotesque. Oh, (you guessed it) wait…

Two men have come forward to members of the Senate Judiciary Committee to claim that they are the ones who actually assaulted Christine Blasey Ford during a house party in 1982 — and not Supreme Court nominee Brett Kavanaugh.

They’ve taken oaths under fear of have two pipe-head knee-grows “get medieval on their asses.” With regards to The Esteemed and Honorable Dr. Christie Blasey-Ford they have issued the following statement transcribed in blood ‘neath the light of a full moon. “I did it like this, I did it like that. I did it with a whiffleball bat” (-HT: The Beastie Boys).

I can believe some drunk, worthless guys molested Dr. Ford. I’m just scratching my head that they would admit to that level of unmitigated Gamma. OK, I give up. It’s time for the Black Pill with a shooter full of Scotch. Who in the Hell can consider these Senators leaders? Ever again. This SCOTUS hearing has passed a new and pathetic milestone in Amerikan Demotism. Jerry Springer would turn this down. Poor Judge Kavanaugh can only feel good about one thing int his entire fiasco. “Judge Kavanaugh….You are….¡NOT! the father of Jamarquavious Blasey-Ford.”