We have no one to blame but ourselves 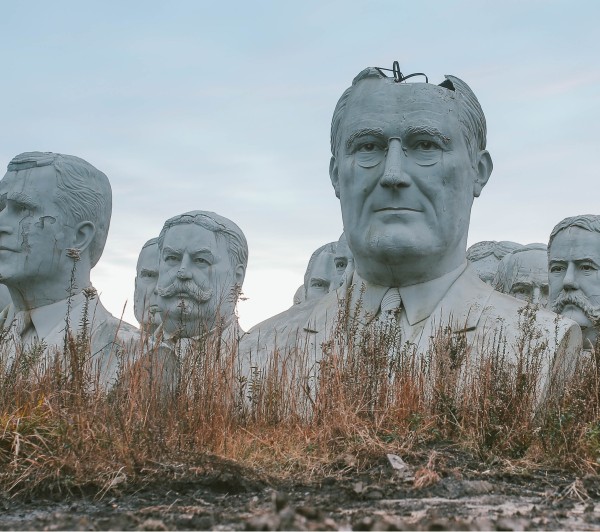 We live in a time where victimhood is king. Once we declared that equality was the law of the land, or at least what the crowd would chant for in rage, it became clear that we must raise up the less-than-equal and if it happened at the expense of the more-than-equal, that was too bad, because they had enough.

In wealth, this means that “the Rich™” gave up some of their wealth to “help” the rest, and in socialization, it means that we stop looking at A-average football players and pay attention to the nerds (and hey, I was one once… or maybe still partially am). It appeals to our inner humanity, our sense that if we are not included in the group regardless of our failures, the group is somehow bad: the enemy.

With an egalitarian society, only the victims become King. Society owes them something and those who do not hand it over are bad and evil. Through this, we are trained to justify — or argue for after the fact, according to our intent as consistent with the dominant paradigm — our positions as those of victims. With victimhood, we can force others to recognize us.

A side-effect of this is that those who want realistic leadership in the West have started framing their viewpoints through the victimhood narrative. In order to partake of this, we must portray ourselves as victims unjustly persecuted by some easily-eliminated foe, which like The Rich™ can be simply executed or fined and then justice magically prevails.

Among people who have recognized the displacement of indigenous Western European peoples, this takes the form of:

Democracy? Equality? We didn’t do this. The Jews™ did it to us; either them, or the banksters. They manipulated us with their news programs, entertaining movies and newspapers. We are innocent victims of corrupt controllers!

The problem with this is that it misses the point. In its urge to appeal to the sensibilities of the Crowd, it bypasses the actual causes. In addition, it emasculates us by forcing us to portray ourselves as victims on bended knee. And possibly worse, by the nature of scapegoating, which is what it is actually doing, it makes us likely to do horrible things in the name of justice while ignoring actual justice.

Even more, it puts us in a passive position, like sitting to pee. We deny our own responsibility to act responsibly, such as by assessing media and ignoring the insane and acting on the realistic. Instead, we portray ourselves as children, acting foolishly just because the glowing box tells us it’s OK to do so. We remove from ourselves the responsibility to shape our own destiny, and to make rational decisions to that end. That neuters us and makes us weak.

As often is the case, the grim reality behind the decline of our society is that it is mundane. There are no exotic causes; human weakness outweighed common sense, and then power was handed to the democratic herd which proceeded to ruin everything through its tendency to project wishful thinking over reality. When democracy seems like a good option, your society is already exhausted of energy and is merely looking for a compromise.

There is no complexity to this. Our society grew, it prospered, and then it faced disasters. The Mongol invasion. The Black Plague. But mostly, it faced its own prosperity. People no longer had to prove they knew what they were doing in reality. They only had to become popular enough that others would nod and say, sure, he’s a good fellow.

We need look no further than that. We succeeded, and as is the nature of success, we were challenged by others. While our best fought off the threats, our worst gathered and plotted. Then they had their revenge, and took over, and although it took them two centuries, by the 1990s they had control, and since then, they’ve run our society into the ground.

Our response to this should not be to try to compete with them on the basis of victimhood. Those who cannot succeed in reality and depend upon group approval to thrive will always be bigger victims. They will offer a Devil’s Bargain: join us, and get free stuff from our betters; you cannot match that for no-accountability all-reward deals! Nor can we beat them by being more egalitarian; they have no standards — what is more egalitarian than that?

Instead, we should take responsibility for our past. We made a boo-boo. We accepted the equality of all people in lieu of demanding that people prove themselves through creativity, loyalty and real-world results. As a result, we were overrun by incompetents.

All of the people blaming The Jew&trade, The Rich™ or other scapegoats are concealing this fundamental truth: we did this to ourselves by accepting equality as a notion. Even if we destroy all of those scapegoats, our problem remains. We have to fix the problem, or it ends us.

Victimhood is the opposite of responsibility because victimhood necessitates scapegoating. We cannot simply say, “The gods screwed us,” as William S. Burroughs suggests is healthier. We must blame someone for our own failings. This leads us away from the obvious, which is to look at where we went wrong and to correct it.

Amerika the blog will never be as popular as those blogs which say, “There, there, little Caucasian. Some horrible Other did this to you, and you do not need to change yourself, at all.” Those blogs offer a scapegoat and an emotionally-satisfying story of the white victim versus the other.

But that mentality puts us in the position of meek underlings, not conquerors. We need to instead regain our role as leaders and conquerors. We can only do that by identifying our bad decision, sucking it up and admitting our mistake, and then choosing a new direction. Let us finally escape the past of error. But first, we must become accountable for our mistakes, and for the duty to overcome them.