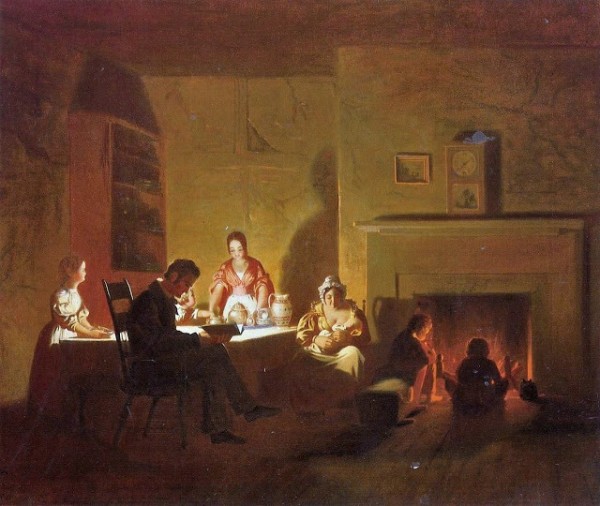 Let us admit, now that we have seen its arc from launch to impact, the true effect of modern society: it displace what is healthy and replaces it with what is obedient to a low standard of behavior that makes it easy to manipulate.

That “modern society” is brought on by leftism, which is one version of the dysfunction called Crowdism around here. Crowdism occurs when a social group enforces individual neurosis as reality through the power of the group. Like a street gang, it lets in anyone who will fight for it and gives them a place which they could not achieve in society. Their first demand, “equality,” is a requirement that people be considered important even if they gave nothing. This enables them to use a scapegoat, or symbolic source of their ills, to hide the actual cause. Equality becomes their watchword, and soon every part of society is contorted to accept everyone no matter how useless, which adulterates quality and destroys standards, and soon society is a third-world ruin.

That is the process which we are currently living through. When it is done, the West — USA, Canada, Australia, and Western Europe — will resemble Brazil: vast hordes of impoverished third-worlders ruled by a few rich people who must dedicate all of their time to maintaining their wealth, thus become bored and hopeless and die out through degeneration. That is the end result of going down the path marked EQUALITY: instead of highs and lows, you have a uniform field of identical objects, and to rule them, you need tyrants, but those then become miserable and cruel. Obligation makes them so.

The replacement of our society occurred by the displacement of social standards, indigenous populations, cultural values, ways of life and even common knowledge. All had to be altered to make way for the great Utopia which will occur when all are finally equal. This displaced a functional society, and replaced it with one like the third world, although the institutions and people still cling to the ways that have worked for centuries.

“They get bitter, they cling to guns or religion or antipathy to people who aren’t like them or anti-immigrant sentiment or anti-trade sentiment as a way to explain their frustrations.”

Let us decode that statement by revealing what these behaviors really are, underneath the political categories in which they have been shoved:

Their goal is to replace this reality in our minds, first, and then enforce those new conceptions on people through the eternal popularity of illusion. If we tell people that the color purple is actually orange, and enough repeat this, it will spread as people try to socialize with, sell to, buy from, romance and instruct those who think purple is orange. Soon the old way will be unknown; most will rationalize that this change is acceptable because it is just swapping one word for another. And yet, over time, consequences will emerge — old color patterns will not work because they are now ugly. Old books will not make sense. And so, gradually, the past will be replaced by an inferior substitute.

In one area alone they are right: when it comes to fixes for our civilization, these are collective endeavors. “To each his own” leads to the few who always do right becoming marginalized, and the behavior of the many — who always go with the flow — becoming normed. Conservatives for the last two centuries have been left baffled: they did what was right, and tried to improve things, but then the crowd rushed in and took over. While they were busy with their own, they were quietly replaced.

This displacement is necessary for the replacement of reality with the pretend-world of those who dislike existence, and want to feel a sense of power by controlling it according to their wishes. They are hurt that the world does not operate like their minds, and too narcissistic to adapt their minds to the world which has thrived for eons before them. In the process of this play-acting, they forget the reasons for why reality is the way it is, which exist to avoid the type of catastrophe that will soon come.

But, absorbed only in their own desires, the new conquerors will merely ignore the dysfunction and blame another scapegoat, then skip away toward their own banal pleasures, convinced of their own supremacy.