We are the future 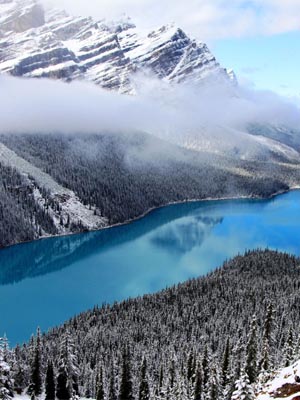 The last decade brought so many changes we will be estimating them for another decade or two. After the Cold War ended in 1991, we had a decade of thinking the age of threats was over. With technology, and liberal democracy, we were all protected from the horrors of the past.

Now that war is going to migrate elsewhere.

In short, all the stuff that caused our wars back at the start of the lastcentury is back — and thanks to our technology, expanding population and greater media awareness, it’s more potent than before. This comes at a time when our oil supplies are dwindling, we’re out of timber, overfishing and overhunting are further limitations and we have better weapons. It’s a perfect storm brewing.

The two “sides” in our political debate are of no use. In the USA, we have neoconservative Republicans and neosocialist Democrats; Europe has more political parties, but they are either rightist or leftist, with most being more leftist than rightist. The left wants to advance an agenda of “progress”: more equality, more wealth redistribution, pacifism and solidarity with the workers; the right are muddled, but want national identity and some kind of social Darwinist meritocracy.

No clear winner has emerged because all sides are tied to pointless issues. These issues are symbolic, not real. The left has tied itself to multiculturalism, which is failing; the American right panders to social conservatives with token issues like abortion and gay marriage, but fails to address the underlying problem; the greens somehow let themselves get swept up into the leftist mania for wealth redistribution.

If you think mainstream politics is bad, the underground is even worse. The far-left are either insane anarchists who think that society will magically become perfect if we just get rid of standards, and the far-right are — well, we’ve covered this before. Blaming Jews for all of your problems, getting angry at other ethnic groups for the failures of diversity, and most of all insisting on an uncompromising and violent dogma, for good reasons, drives voters and everyone but the loudmouths away.

In contrast to this, we at Amerika.org have a sensible platform:

These are the kind of ideas from which we can construct a future.

They do not rely on the failures of the past, or the reaction to those failures, or those who just want society to stop advancing in any way. We want people who can grasp the future and yet apply the eternal values of human success to it, learning from our past and using it to shape our future without giving in to the entropy of hopeless obedience.

This platform is inherently anti-leftist as it denies the silly notion that we’re all equal. We choose our friends carefully; that alone shows us how equality is a farce. Not just any person will do when you want friends, mates or business partners. Instead of trying to force us all to be OK, we should start trying to force ourselves to evolve so we can get past our problems as individuals and thus, as a species.

We are the future, those who can grasp this platform and others like it, because we are thinking beyond the clash of civilizations, beyond the collapse of consumer society, beyond the decay of the West and beyond the trivial issues that leftism has imposed on modern politics. We are thinking like frontier settlers, kingmakers and conquerors again, which is to say that we’re thinking creatively or how we will construct something new, not fight over parts of the old.

This outlook alone is so unique that modern politics cannot even visualize it. It is outside political discourse, which is based on carving up the pie, not baking a new one. Even more, it is based on measuring the consequences of our actions against creative values, or the type of society in which we hope to live. It’s about a choice of what whole type of civilization we want, not how we’ll tweak the existing one.

As politics in the West winds down to another embittered stalemate, it’s those who seek a truer tomorrow who are breaking away from the decadent infrastructure and finding power elsewhere. We are the future because we are the only ones who can think about how to make that future. Join us.

The Science of Getting Rich by Wallace D. Wattles | Adbusters features Pentti Linkola