Was The Death Of Harambe “Peak Irresponsibility”? 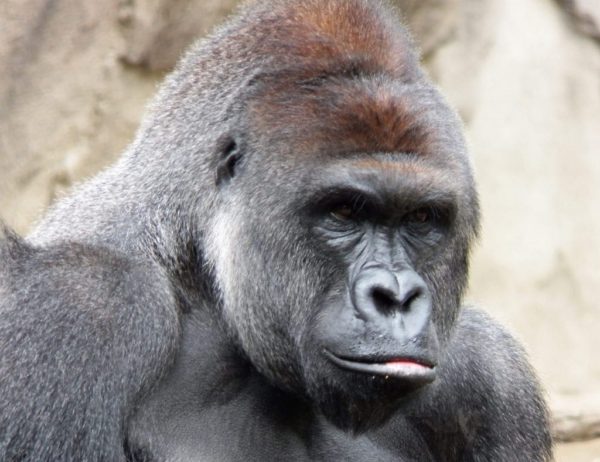 Harambe (1999-2016) was a western lowland silverback gorilla who lived at the Cincinnati Zoo. He was killed on May 28, 2016, after a small child was able to gain entrance to the enclosure. Because of the humanist idea that human lives are most important, Harambe was killed, even if the widespread perception was that the ineptitude and laziness of the child’s parents was the cause of the incident.

As Western Civilization has run itself down into collapse over the years, the degree of responsibility exercised by the individual citizen has declined. Individualism is the singular form of equality, and equality operates in inverse to responsibility because equality mandates that all be included regardless of the outcomes of their actions.

We can see this in other forms of Leftism. Socialism demands that workers be paid equally whether they add value or not. Welfare subsidizes non-contributors. Unions reward the least competent alongside the most competent. In each case, a disincentive is created to do more than the minimum, which makes everyone feel good because lowered standards mean that no one will fail to do what is required to be included in the group.

This “managerial” nature of modernity suggests a loss of purpose. When a group has purpose, the leaders can measure citizens by their ability to achieve that purpose; when it discards purpose, its only goal is to “keep the group together” which means including everyone regardless of achievements. That is the nature of Leftism: a replacement of purpose with control, or keeping the group together through ideological reward and punishment.

Irresponsibility reached its peak in the years 2012-2015. The second Obama presidency meant that the idiots had well and truly won, because the least qualified president in American history was enthusiastically affirmed by a large group of voters who apparently did not understand or care about the damage being done by that presidency. SJWs raged across the internet, destroying lives at a whim. The EU seemed to laugh at its own citizens while sponsoring their doom.

With the death of Harambe, a powerful symbol was created: human irresponsibility resulting in the death of something rare and precious. There are not many gorillas left, and those that do exist are threatened by the encroachment of human civilization caused by our quantity-not-quality expansion to reckless levels. On the other hand, idiotic and apathetic parents are plentiful, as are stupid children. We shot the wrong party in Cincinnati.

2016 has brought us massive pushback against the irresponsibility not so much of our leaders, but of “our” people. They keep voting morons into office, fail to notice how dire our situation has become, deny actual problems and chase symbolic ones, and engage in other behavior that Harambe would recognize as belonging to lesser monkeys and lacking the gravitas of a powerful silverback.

The pushback has rise to full power with Donald Trump not so much as a candidate, but as a symbol for the refusal to apologize, grovel, pacify and compensate. In other words, he is a rebellion against the type of thinking that led to the shooting of Harambe because of the irresponsibility of a family. Those who are responsible, this symbol says, are not responsible for the actions of the irresponsible.

We see this across a wide range of sources. For example, previously impossible pushback in South Africa:

The racist tirade started after a student, who has not responded to News24 requests for comment, posted a message on the Third Year Civil Engineering students WhatsApp group in Afrikaans. Other students on the group asked if all communications could be in English as others did not understand Afrikaans.

The request sparked a flurry of responses with the student, Lourens Van Niekerk, taking it a step further.

“Omg all the blacks who agree with that potato who thinks everything should be English are a cancer to this society…This is why Trump is the God Emperor of mankind. He sees right through you. Stop taking everything for granted and blaming whites. Our privileges have been earned.”

In other words, we made ours; get your own.

This is part of an ongoing realization by people in the first-world, especially the competent, that most of humanity is parasitic and failure-bound. Only a few percent of any human population manage to have lives of relative sanity, and the rest are neurotic and manic monkeys, flailing around by chasing symbols and being distracted by shiny objects, unable to focus on the reality in front of them.

Going down this path of thinking leads to two realizations: first, diversity cannot ever work, because our interests are separate from those of all other groups, and therefore our interests are contradictory when placed in the same society; second, that democracy cannot work because most people are mentally lazy, and in any group, the mentally lazy will win out over the others.

The book The Bell Curve created no end of media ire because it dared to mention racial differences in intelligence. But the bigger point was missed by the crowd: every group experiences the same pattern of intelligence distribution, with a few radically dumber and a few very smart, and most on a slope in the middle.

What this means is that even among smart people, the very smart will be marginalized; add to this the “committee mentality” that favors convenience and lack of risk over strong action, and therefore always makes short-term compromises instead of long-term solutions, and the social nature of human thinking, and democracy is a disaster.

This scares our elites, because they depend on democracy — and its slothful, distracted, vapid thinking — in order to stay in power. The Alt Right scares them because it shows conservatives returning to the field with a lack of belief in irresponsibility, rejecting both diversity and democracy in favor of recognition of the genetic hierarchy in all human groups, and the genetic roots of culture.

For example, the panic is well-hidden in this article from The Economist:

Some, such as Brad Griffin of Occidental Dissent, another website, think â€œdemocracy can become a tool of oppressionâ€, and that monarchy or dictatorship might be better;

That is the real fear. The other boilerplate stuff, about how terrible it is to be racist and how wacky and irresponsible if not outright mean the Alt Right is, serves only for framing, because people have heard it all before and tend to skim over it. But the authors want to lump anti-democratic thought in with this other stuff and proclaim it all bad, because their actual target is that anti-democratic thought.

Peak irresponsibility shows people tiring of having to tolerate stupidity and ineptitude on a daily basis in order to uphold sacred bovines like equality and pluralism. We want results. As one saying on the internet goes, apropos of Harambe, “This is why we can’t have nice things,” referring to the tendency of idiots to show up and leave behind dead gorillas and litter as a result of their own irresponsibility.

Humanity may well be entering a new age. If the motto of the old one was We Must All Get Along, the new age will be Put The Non-Idiots In Charge, because equality has favored the idiot and marginalized the intelligent. When society descends to the level of murdering rare animals for our own pretense of equality, such a shift is long overdue.

What Is “The Loop”? | Understanding The Traditional, Or Eternal, Civilization