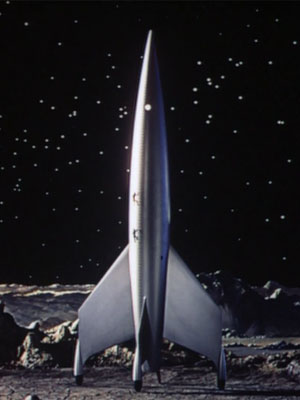 The day was winding down in futuristic America. As I write this (April 28, 1953) I can’t imagine what the future must be like. People probably travel by levitating platform, take nutrition from the sun and spend their days immersed in a great microfiche library, learning all of humanity’s past so they can make its future.

Visualize a calm, pleasant sort of day. The Marathon is winding down in Boston, a 2500-year-old tradition kept by modern people for its quaint antiquity and the boasting privilege of having mastered it. Suddenly, a massive explosion and smoke cleaves the afternoon at 2:50 PM.

As the debris and smoke clears, people perceive a large shimmering pointed object that has landed among the spectators, crushing three. On cue, a door slides open and a green-skinned man in elaborate clothing steps out. “I am Zokar of Zarniev, ruler of the mighty and crusher of the feeble,” he says. “Take me to your leader!”

Humanity’s first contact with alien worlds falls into a vacuum of silence. No one knows what to say. Then someone steps up and leads Zokar the Magnificent (as he’s prone to call himself in private conversation) over to City Hall. On the way, they pass an open Buddhist garden.

“Stop, I command you!!!” Zokar bellows and leaps over the wall. They find him holding a small frog. “A Zinzemilla! We have these on Zarniev, but not as large or as plump as these.” With that, he pops the frog in his mouth and consumes it. The procession continues to City Hall, then the White House.

On the way, the earthlings notice a few odd things about their guest:

Now, planet Earth prides itself in being an accommodating place. As a result, they determine to treat Zokar well and set him up with state-provided housing in a large estate, lots of frogs, and an open line of credit at Whole Foods to purchase the rest of the bizarre stuff he enjoys.

All of humanity tries to avoid judging Zokar. While his ways are bizarre, repellent and seem backward if not outright pointless and stupid to us, we reason, we haven’t walked a mile in his shoes. We don’t know what factors of his upbringing made him as he is. He’s equal to us, except for circumstances.

However, Zokar’s arrival meant the end of this outlook. Zokar stayed on earth for two hundred and twenty five years, and during that time, humanity realized a few things. For starters, it was impossible to mention Zokar without having to immediately push back the thought of all those frogs, kiwi fruit and cabbage mashed up together. For another, Zokar made it clear that he did not share this outlook. 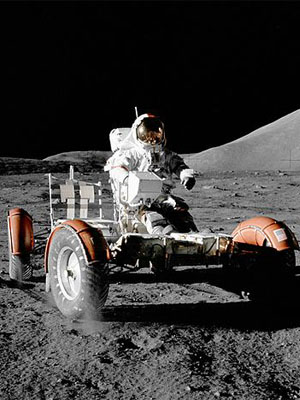 “Zokar is not moron,” he laughed in his thick and prideful voice. “There is only one planet, and only two choices. Either I rule this world, or you do. You cannot see this, because you see yourselves as many. I see you as one, and I am the other. Either this is Zokar’s world, or you will kill Zokar and rule it yourself.”

Many people contemplated these words. The general sentiment was to give it to him, because since inequality created conflict and conflict was bad, withholding our planet from Zokar would cause conflict that was the product of our own ignorance, hatred and fear. Better to just give it to him and adapt already. “It’s a small price to pay for peace,” said the President.

The pundits agreed. “What will the reign of Zokar be like?” Newsweek asked. The Economist pondered the many ways that Zokarocracy would increase our economic output. Mother Jones and Think Progress hailed the breakup of our “mono-browed, knuckle-dragging, primitive European Christian ways.” All agreed it would be a second Enlightenment.

Well, not everyone. On a mountain in West Virginia, Lemuel Jones cradled his shotgun. “What we oughtta do, boys, is figure out what we stand for in this country, and who we are,” he said. “Then take everyone who agrees with that, and keep them here, and send everyone else back with Zokar.” He was roundly mocked and vilified in the media.

When Zokar’s first pronouncement however was that all citizens must share him in dietary habits, humanity rapidly fractured. The assimilationists decided that it was most scientific, progressive and practical to get over their disgust and adopt the Zokar agenda now. They began wolfing down huge bowls of frog, cabbage, kiwi and eel mash.

The rest of humanity did not join the new movement, which Zokar called The Ideology. They had objections: the Ideology required them to lose their last names, stop practicing their religion, eat this new weird stuff, and adopt the customs of a far-off planet. “It’s not that we hate them,” said a spokesperson, “But that we love who we are more.”

However, that being 2013, and sixty hears of enlightenment ahead of my own time, I can only imagine that instead of following that dark path toward a Hitlerian intolerance, they simply accepted him as one of many views, even if it meant that Zokar would always wage war against them. It was a small price to pay for peace.