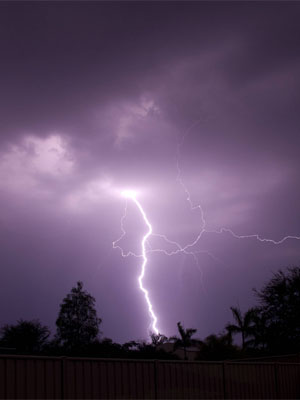 Now that the tattered bunting of the Boston Marathon has been taken down, the grillwork security barricades stacked and put away and the shrapnel swept up, the chorus of self-flagellation has begun. The introspection. The blaming of the victims. The shaming of American patriotism.

We must apologize to the enemies, we’re told. If we apologize to them sufficiently, perhaps they will no longer want to kill us: the Chechens, the Iraqis, the Afghans, people who have been fighting for centuries or a millennium against far crueler adversaries than the United States.

Maybe sneering will work. Maybe the Taliban personnel will become annoyed enough to leave, back down to the construction zone by the 911 cenotaph where they’ve been busily planning a mosque. Maybe the North Korean gulag dictatorship will cease its nuclear ambitions. Maybe the Chechens will take their pressure cookers back to their boxing gyms.

It’s something wrong with our foreign policy, the leftists cry. Obama has been far too aggressive in his application of missiles from predator drones, surgical strikes designed to attrit the enemy, destroy their terrorist training camps and impinge upon their ability to deliver asymmetric attacks by boxcutter or pressure cooker or whatever black swan is next. And be sure that there will be a next one, and a next one after that, contemptuous little kicks to a tottering infrastructure and economy. Little hard-heeled shin kicks to let us know they’re still here, the sleepers, and to remind us that it hasn’t even started. The Big One. The Other Shoe.

The term Sitzkrieg refers to the period at the beginning of World War II, when hostilities had been formally declared but none of the belligerents had yet made any major moves.

Oh, those innocent days when hostilities were formally declared.

With world events going as they are, the bites of numerous little connected adversaries getting deeper, it’s hard to shake the sensation that our generation’s decade-long Sitzkrieg is over.

We don’t know exactly who sent the Tsarnaev brothers, though we certainly know where they came from. Chechnya has been torn by war before, last by the Soviets, who lost so much patience with the Chechens during the Grozny war that they literally reduced the city to rubble, going block by block with demolitions teams and saturation bombardments of artillery.

Some time after that, they had the Moscow Theatre hostage crisis and then the Beslan school massacre, both terrorist attacks of appalling barbarism, both perpetrated by Chechens. Russia resolved the attacks with characteristically greater barbarism: at the Moscow Theatre, over a hundred died from the unknown gas agent pumped into the building by the rescuers, and at Beslan it wasn’t clear how many of the hostages were killed by the terrorists and how many were killed by their Spetsnaz saviors. The Russians know how to make those sorts of calculations, and they’re not afraid to answer the ugly with even more ugliness.

Say what you like about their methods but the Russians know how to handle problems like that. There wasn’t much shuffling of feet in the Kremlin, not much wringing of hands trying to figure out how to behave. The Kremlin knew exactly how to behave.

Of course they were roundly chastised by the United States and the United Nations, roundly censured with much tongue clucking and finger shaking while the bodies were still warm. We supported the Chechens, back in the days of the Cold War: they kept pressure on the USSR as part of the Containment Doctrine.

Now the Chechens are here, and Soviet Russia has gone away, and the pressure cookers are in us.

A decade later, we’re dealing with those same people. People who are used to fighting the Russians, people whose cold calculus is informed by Russian and other asian methods of deception and asymmetric warfare. Those who shrilled conspiracy theories about the overwhelming paramilitary response in Boston would do well to remember that if reports are true, we still have a cell of ten to twelve Chechens running loose in Boston. Instead of shrilling, those people would do well to hope the Chechens are caught soon, since the tiny Chechen diaspora here in the US doesn’t offer much opportunity for hiding places and that means that whatever cells may be here will have to act quickly before they’re rounded up.

Back in the aftermath of September 11, the question was often asked: “Why do the muslims hate us? Why do they hate America?”

Since then, I’ve spent a great deal of time wondering why the leftists hate America. The truth is, they hate America because they hate masculine power. They hate authority. They hate the civil society that America represents, and of course, since they are products of the United States, as American as apple pie, their hatred is self-hatred: masochistic self-flagellation.

They hate America because they hate themselves.

They’re chattering hard, in their echo chambers and online coffee klatches, places like Salon and Huffington. They’re thinking about how to placate our enemies. Perhaps they’re secretly hoping that cruel men with convictions will come and end their repulsive weakness and degeneracy. End their directionlessness, give them the fear that might make life seem worthwhile again.

Though any Westerner with any sense would never make common cause with such monsters as the Tsarnaevs, those of us with any balls must look upon the shrilling leftists with more than a little contempt. At the end of the day, what common cause do we really have with them?

During the Boston incident, many of the leftist hate brigade did indeed quiet their shrilling, for a little while. Though they would never admit it to themselves, they were happy to see those black-helmeted, high-testosterone mesomorphs with scary black guns patrolling among their upscale apartments and latte houses. Making them safe, protecting them from a wounded nineteen-year-old boy with a pistol because they would never have the stones to do it for themselves.

Until recent events, many Americans have been very concerned about recent purchases by the Department of Homeland Security: over a billion bullets and over a thousand armored vehicles. It’s easy to be concerned by that sort of gearing up, but what’s more concerning, to those who have understanding, is the implication that the war may be heating up again, and that it may be coming here to the home front. That the DHS and other three letter agencies, organizations that we’ve paid hundreds of billions to gather intelligence, have been doing their job since 911.

That they may know something we don’t. Something that keeps them awake at night.

The latte-house set are sorely deluded in their belief that the rest of the world is part of the latte house as well. We — citizens of the Western Prosperity Sphere — have deadly, implacable enemies, and we’re going to have them as long as we have superpower status. When we no longer have superpower status, we’ll have a chance to see the true measure of states like China and Russia, and of the Muslim Brotherhood and their emerging hegemon. Putin said to Bush “The day will come when you long for the days of the cold war,” referring to the fracturing and balkanization of the established powerblocks into numerous foggy entities. After we’ve slipped more, fallen further into dirty socialism, taken our ball and civil society and gone home from the world stage, it’s possible that many of the pinkos who slandered us in all our missteps and little moments of goodness may think back fondly on the days of the United States.

If we fall, it won’t be for long. Something new will emerge, the way it’s emerging in Russia and in scattered green shoots all over Europe. Something strong.

Homogeneity and the blank slate | War between galaxies commences, April 2013