Discussions of intelligence are quite common around these parts.Â  Such discussions almost always revolve around intelligence in a strict sense, usually pertaining to IQ or other related measures of fluid intelligence.Â  However, there are other domains of human thought that have been neglected.

One such area, which has received some coverage, is morality.Â  Generally morality is not considered under the purview of intelligence, but what else is morality but a processing of information regarding an action that yields a Boolean result – moral (true) vs immoral (false).Â  Jonathan Haidt’s work concerning Moral Naturalism has been covered variously throughout this site.Â  Considering his work alongside the common understanding that criminals are generally more likely to have much lower intelligence than the population at large and that sociopaths are almost always borderline mentally retarded, it doesn’t take a great leap of logic to come to the conclusion that there exists a spectrum of moral understanding that correlates with one’s general intelligence.Â  In other words, one’s ability to make moral judgments in accordance with evolutionarily advantageous and selected moral paradigms have a higher degree of what could be construed as moral intellect.

Another important and related concept, of which I almost never hear discussion, is the idea of gullibility.Â  Common sense would tell us that gullibility should be inversely related to other measures of intelligence, yet it appears that the exact opposite is true.Â  Long time skeptic and general debunker of bullshit, James Randi, has throughout his career remarked on the strange phenomenon he has observed regarding gullibility and the public.Â  Specifically he has argued that the easiest people in the world to fool are those who believe that they are incapable of being fooled, PhD’s being especially susceptible to con artistry and other forms of trickery. 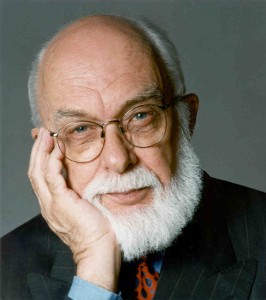 The obvious parallel to the oft mentioned Dunning-Kruger effect has most likely not evaded you, dear reader.Â  This actually shouldn’t surprise anybody.Â  After all, those who are the most susceptible to gullibility should be expected to have the poorest understanding of it and therefore be the least capable of making judgments of it both in regard to themselves and others.

Furthering this theme is the idea arrived at by, among others, professional skeptic Michael Shermer in his book Why People Believe Weird Things that intelligent people are actually better able, due specifically to their higher intelligence, to rationalize beliefs they had previously arrived at for unfounded reasons.

Time after time, studies indicate that general intelligence (usually measured by IQ) and educational attainment have a correlation to liberal politics.Â  Yet, it has also been demonstrated that the people likely to be the least gullible and most moral are religious conservatives (and I mention this as a full fledged atheist).Â  Charles Murray has recently discussed how the fall of the United States is directly connected to the liberalization and secularization of the culture.

As the United States moves closer to the suicidal and self-destructive model of the European welfare state, we can begin to view this path for what it obviously is… a form of stupidity.Â  To paraphrase James Watson, stupidity is a genetic disease and as such should be cured.Â  A society unable to recognize the full scope of stupidity and its impact on the world will be killed by it as it grows within like a cancer.

As has been pointed out by Mr. Stevens in his article on biological determinism, intelligence in any form, while slightly malleable, is ultimately an innate characteristic of an individual.Â  Thus, as many have already long since concluded, a sane program of the promotion of society’s genetic health is our only option.Â  However in light of what I have been discussing, I would argue that intelligence as it is usually understood is too limited a characteristic.Â  For example, one possible cut off point that has been thrown around for rather solid reasons is an IQ of 120.

Many would argue that such a cut off point is too much to expect from a eugenics program.Â  I would argue that it is not nearly enough.Â  Not only must individuals in a healthy society possess such an IQ level, but also analogously high levels of moral intelligence and resistance to gullibility.Â  This leaves us with a question I have pondered a great deal.Â  How exactly can one measure the moral character and gullibility of an individual in a manner identical or at least as useful as we have for measuring a person’s IQ?Â  Answering this question is of far greater importance than I think many are willing to admit or possibly even understand.