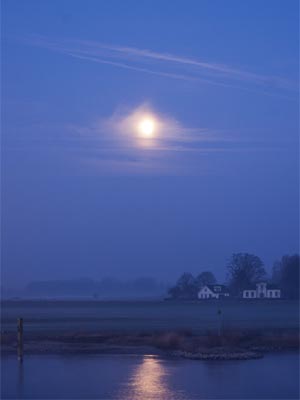 We humans don’t like to look “under the hood” at our own physical infrastructure, including our minds as biological computers.

But we must, because that’s how nature passes traits between generations. You can learn a behavior, but until it’s hard-wired, it must be re-learned. These traits define us and our individual tendencies.

You cannot learn an ability. For example, you cannot learn to be smarter. You can memorize analytical roadmaps and become more effective, but only an increase in wiring can make you smarter.

These are truths the equality people really don’t want to think about. Yet they are hard science, and again, liberalism is in denial of hard science:

In the last 50 years or so, economists have started taking an interest in the value of human capital. That means all of the qualities of the people who make up the workforce. Heiner Rindermann, of the Chemnitz University of Technology, wanted to look more closely at human capital, and particularly the factor that psychologists call cognitive ability. â€œIn other words, itâ€™s the ability of a person to solve a problem in the most efficient wayâ€”not with violence, but by thinking,â€ Rindermann says. He wrote the new study with James Thompson of University College London.

The researchers collected information on 90 countries, including far-off lands from the U.S. to New Zealand and Colombia to Kazakhstan. They also collected data on the countryâ€™s excellence in science and technologyâ€”the number of patents granted per person and how many Nobel Prizes the countryâ€™s people had won in science, for example.

â€œWithin a society, the level of the most intelligent people is important for economic productivity,â€ Rindermann says. He thinks thatâ€™s because â€œthey are relevant for technological progress, for innovation, for leading a nation, for leading organizations, as entrepreneurs, and so on.â€ Since Adam Smith, many economists have assumed that the main thing you need for a strong economy is a government that stays out of the way. â€œI think in the modern economy, human capital and cognitive ability are more important than economic freedom,â€ Rindermann says. – Psychological Science

Biologically speaking, we are not.

Mahajan and her team also devised a method for figuring out whether the monkeys harbor negative feelings towards outsiders. They created a monkey-friendly version of the Implicit Association Test (IAT).

Overall, the results support an evolutionary basis for prejudice. Some researchers believe prejudice is unique to humans, since it seems to depend on complex thought processes. For example, past studies have found that people are likely to display prejudice after being reminded of their mortality, or after receiving a blow to their self-esteem. Since only humans are capable of contemplating their deaths or their self-image, these studies reinforce the view that only humans are capable of prejudice.

But the behavior of the rhesus monkeys implies that our basic tendency to see the world in terms of â€œusâ€ and â€œthemâ€ has ancient origins. – Scientific American

Evolution works by a number of ways, one of which is differentiation. If you want to fix any traits in a population, you need to isolate it and (to a biologically safe level) inbreed it. Our media uses the term “inbreed” in a negative sense, but if you’re human, you are inbred; otherwise, you would have ended up being a less distinct population closer to our simian relations.

This is Darwinism. This is natural selection. Those who don’t see this, or oppose it, are ignorant of science and are using social reasons to create a political rejection of scientific findings.

The average salary of graduates in my field is 12 (!) times what it is in Israel, the professional challenge is much greater, and my circle of friends will continue to expend.

So why will I be returning to Israel? Itâ€™s precisely the stay here that made me realize that we have no other place except our country. I now understand that Israel is the only place in the world where Iâ€™ll truly feel at home. I understand that despite my reserve service and all the wars, I nonetheless feel the safest in Israel. I realize that Israel is the only place where my identity as a Jew wonâ€™t stop me from at least dreaming to reach as far as possible.

I also understand that itâ€™s important for me to take part in these historical moments where the Jewish people returned to its homeland after 2,000 years of exile. Mostly, my stay here made me realize that in the era of human rights the Jewish people has no future without tiny Israel. And this future is dear to me.

Quality of life is measured first and foremost by the meaning of the life you live and is derived from the sense of belonging to the people around you, the wholeness of your identity, and the knowledge that by living in our state you are part of something bigger; bigger than you, and sometimes bigger than logic. – Ynetnews

Maslow’s hierarchy may need some adjustment: humans need meaning and a sense of purpose above all else. That sense of purpose lets them endure mortality, struggle against adversity, and push themselves to achieve more than they would in any other case.

This is the positive side of self-identification; it gives the individual a place and a context, and perhaps most importantly, a sense of a path in life. There’s a right way and a wrong way. Life is no longer arbitrary, or based on arbitrary social currents (who’s hip in music). Life has meaning and society, instead of being a drain, is a collaborative, cooperative effort toward that end.

That vision sounds a lot healthier than living in a giant shopping mall, buying stuff and pleasing oneself, hoping that somehow “meaning” emerges from one of the last 2,000 exotic religions or food groups you tried. Maybe the underwater group sex Yoga class will help, or the latest book from Oprah, as the years pass and life echoes as hollow as a high school detention.

Here’s another positive side:

Since then, she’s concluded that people’s values are what motivate them. If the values are good ones, good actions will follow. Hence it’s importance for people to tap their spiritual traditions for guidance in caring for the environment, she says.

“I saw that if people have [good] values, they can sustain what they are doing,” says Maathai in a recent interview at a New York City hotel not far from the United Nations, where she’s addressed the General Assembly in the past.

If you value something larger than the individual, such as a collective/collaborative/cooperative effort to nourish a civilization, you also can care about the land. Your life is no longer self-focused, but values-focused.

It’s the same way people become successful parents. Instead of seeing their children as possessions who serve a role in the parent’s life, the parent sees the children as members of a small community called a family. Each person has a role, and each role sustains the whole.

Modern society has taken us from this kind of clarity into a vision of the self as all: personal pleasures and pursuits, and personal wealth, are more important than any outside obligation. As a result, we have sacrificed meaning and become alienated from our own hopes.

Although it sounded good at first, individualism leaves us alone and in the dark, even as we pound impotently on the walls and scream toward the sky that we are empowered; the truth is that we are isolated, and our lives are more like jail sentences in a shopping mall than some directed fulfillment of values.