The narrowing of the discourse 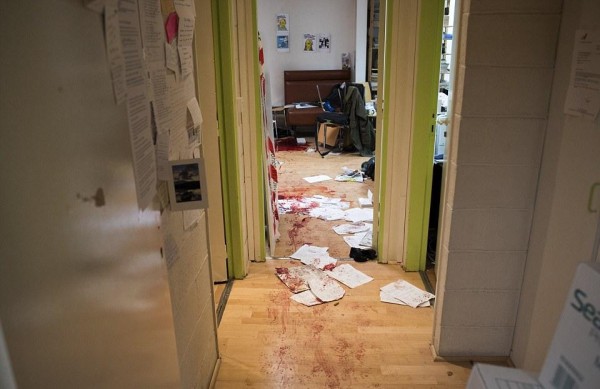 Words can be conveniently re-shaped to exclude meanings that clash with a narrative. With the debacle over the expelling of Curtis Yarvin from the StrangeLoop conference, the tendency to define some speech as “hate” allows a convenient fiction that in the end will punish everyone.

Keep in mind that no evidence has surfaced showing more than a handful people who both knew about Yarvin’s ideas and wanted him out of the conference. The conference organizers, beaten down by the power of complainers, simply buckled when there were any objections. They knew that to not do so would invite a bullying herd of hive-mind lynch mob witch hunters who would then follow a simple pattern:

Couple that with the “no platform” idea, which is basically the notion that some thought is so seductive that it must never be allowed to be spoken aloud, as if it consisted of magic words that would take over the minds of listeners. Those who think along those lines tend to hold that since some ideas are linked to historical tragedy, they can never be spoken again, even if the historical tragedy was miniscule compared to the ongoing history of failure of our present path. When pushed, they will admit that their desire is simply to limit debate to exclude any such ideas. There is only one reason to do that, of course, and it is to make their own ideas seem unchallenged or to eliminate the possibility of noticing the flaws in those ideas.

Writing in the pidgin of the modern SJW, one participant expressed the idea in a dichotomy:

Essentially the following are what I consider the two reasonable approaches:

The dichotomy is not that he has two case scenarios; it is that he has divided thought into “sociable” and “non-sociable.” From his thousand words comes a single simple concept: these ideas make some people feel uneasy, so they are bad. The entire writing is camouflage for how simple and unoriginal its premise is. But let us look at this dichotomy, because it reveals the paradox inherent in those who want “safe” ideas. Unsafe ideas build communities that concentrate those who can handle unsafe ideas; on the other hand, not tolerating those ideas puts the “safe” people into contradiction with themselves. Preaching equality and freedom only works when you allow it to everyone, especially the ideas you fear (and therefore are “unsociable”). Brendan Eich, himself a victim of witch-hunts, had this surprisingly restrained comment:

For the SJWs who want to censor Curtis Yarvin, the pleasant words about diversity, freedom, enlightenment and justice are a mere smokescreen to a simple truth: they want power. Yarvin has risen above their herd and come up with an idea that is truly distinct, whether visionary or not. He has also formulated a belief system that is different from what most people follow, which is simply an expanded version of their sociable/un-sociable dichotomy: do what makes the crowd cheer, and the crowd loves to hear about freedom, abolishing standards, lack of hierarchy, destruction of culture, individual rights and all of us little people actually being unique snowflakes who are exceptions to every rule. They hate him and want to pull him down.

Ironically, the consequence is that they have obliterated the concept of “safe spaces” and have simultaneously ended paradox by illustrating why different ideological groups cannot coexist in the same society. As one blogger put it:

When you choose to boycott a business based on the private views and words of its employees, you are sending a message – we demand ideological conformity from your staff. We demand that you, on our behalf, insist that none of your employees makes controversial statements or jokes that we don’t agree with or that we find offensive. We demand that you do this not only for statements made inside your organisation and representing your organisation, but also statements that people make in their own individual capacity in their own free time. We insist that your employment contracts have an effective clause that one should not commit to permanent record any words likely to cause offense to people.

Collectively, you can easily get someone fired for their twitter feed. But there’s a catch. You can’t just do it for the opinions you disagree with. Because the other side is quickly going to learn the game, and the result will be a narrowing of the discourse all around.

The more we allow policing on the basis of opinion, the more we are headed toward a world where the two sides separate. And yet as the first blog quoted in this post tells us, you can either tolerate dangerous opinions and lose some people in your group, or not tolerate them and be forced to admit that your ideological assumptions are not only wrong but fraudulent. That is a Damoclean dilemma for the SJW-tinged segment of our population, and so far they are unable to admit this. Instead, they keep inventing these weird categories like “hate” and “assholes” to describe speech they cannot tolerate but know they should if they hold true to their ideals. What a decision — self-abolishment through seductive ideas, or self-destruction through hypocrisy!

As one of the little fascists wrote, the way to overcome the hypocrisy is to use the “safe spaces” argument that some people might not feel welcome:

What does concern me is the idea that Strange Loop attendees would no longer feel welcome because an avowed racist and proponent of slavery has been given a tacit endorsement by virtue of his speaking slot.

Keep in mind that he never gives a definition for racism, nor does he mention where this racism or slavery-promotion occurred. Most likely he never read the original text simply because he is a closed-mind ideological bigot who hates and fears anything but his own viewpoint. But this gives him a way around admitting that he is a censor. He can say that instead of speech, these words are magical symbols that drive away other people, so they cannot be admitted for the safety of the people there. This equates speech with type of content, much like how we ban spam or child pornography, and misses the fact that the speech itself was not threatening and if it were not for the reaction to the speaker, no one would have known about his ideas outside of that community.

StrangeLoop relies on the ignorance of a population that is more hell-bent on tearing down those who have risen above its mediocrity than it is in discovering whether its own ideas are fiction or fervent. The answer appears to be that SJWs like the StrangeLoop organizers are entirely fraudulent in how they argue for one thing, and then evade, twist, lie and deceive when their own rules apply to them.

Two theories of broken windows | How the culture war was won