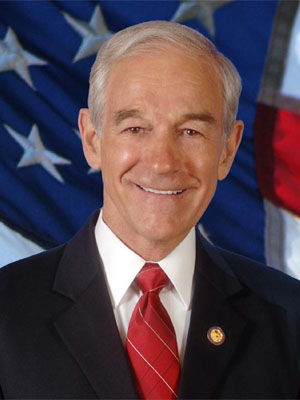 Sit down and have a cold drink. The projector comes on and the movie is starting. You can see from the grain and color of the film that it is older, but not that much older — maybe when your parents were young.

This is a movie about teenagers. They’re taking borrowing cars from their parents and driving down to the wharf, going to smoke cigarettes and fool around. One of them lights up a joint. Purloined beers get passed around. One girl starts dancing. They’re away from home, actually having fun! It’s a magic moment.

But a bright light comes out of nowhere. They shield their eyes, children again. Men in blue uniforms swarm the wharf and take them downtown to the police station. Parents are called. An old fogey judge shakes a judgmental finger at these kids, and he says:

“Smoking dope! Staying out late! Drinking and carousing! No good will come of you. You need to learn a lesson and learn it good. We won’t tolerate your misbehavior here. You’re threatening the values and morals that hold our society together.”

What a fascist. He’s telling you what you can’t do. He’s trying to control you with his dried-up old accusations and out-of-date morality. Makes your blood boil? Fast-forward by thirty or forty years.

Those kids got their parents to pay bail. They went home and took their lumps. Then the next year they went off to college. There it was a non-stop party: drugs, free love, booze and giving the finger to those old fogeys!

They graduated, went out into the world. They found careers, and made money. Many of them work for the government now and rub shoulders with the same men in blue. Most of them do not want their children to experiment with drugs, free love and alcoholism.

And still their tiresome morality rules us. They have become the fogeys, shaking their finger at anyone who does not do exactly what the fogeys want him to. If anyone steps out of line, that person is threatening the values that hold our society together.

For those who grew up in 1968, the Civil Rights struggle was part of their identity. They were going to show the old fogeys, because they had a new weapon. They could call them racists, Hitlers even! That’s how the kids were going to beat back the fascists and smoke dope, have sex and have fun.

But now, new generations have risen. Starting with Generation X, we’ve grown up in the liberal paradise. We know that smoking dope means irresponsibility, free love means divorce and hateful parents, and “fun” means being a hippie while your society falls apart.

We don’t agree that we should all imitate the Baby Boomers and be exactly like them. We’ve also grown up in a more complex world, even a racially-integrated one. To us, being racist or not is just another choice. In fact, many minority groups dislike other minority groups. It’s just how it is.

We don’t want their tired fascist old morality. They are dinosaurs, fossils even, who want to force us to re-live their youth. But we want our own, and our own lives too. Their crusade dies with them. We have our own concerns and we may not agree.

They’re going after Ron Paul this week for some newsletters that someone wrote for him, and may or may not have been racist, but no one really knows. Ron Paul shows no signs of being racist. However, he’s going to be the figurehead for this issue, since it has brought itself to him.

The Baby Boomers are hoping the accusation That’s Racist! will work on us as it worked on their parents. They’re trying to use it to shut Pat Buchanan out of MSNBC, to ignore scientific evidence, and stop us from talking about whether multiculturalism is a good idea or not.

But we’re tired of the old fogeys. We want them to go away. Times they are a-changin’, and we need something different for our generation. So we’re going to borrow cars, drive to the wharf, and maybe vote Ron Paul or not, but we’re not going to listen to these old fogeys and their dried-up accusations.

Next revolution, don’t put the extraverts in charge | The NPR style