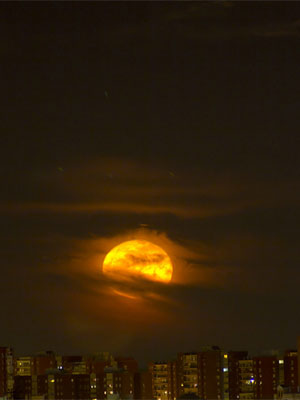 Back in the 1980s, we heard a lot about how communist countries had “state-run radio” or some other obvious propaganda device. It conjured up images of banks of censors in basements producing irrationally exuberant radio and TV to manipulate a sleepwalking population.

Now the sleepwalking population is us. Method is often irrelevant; it doesn’t matter whether a large company produces the media, or some dissident hipster alone in a toolshed, or some vast Communist empire of college-trained propagandists. The result is the same.

For example, what does the Communist government preach?

Everything is fine; we have it under control; things are even going great; the bad guys are really bad and will kill your babies; join us and fight them and you will always be accepted.

But really corporate radio is not much different.

Everything is fine; your life will be even better with our product; it’s totally great and will get you laid; there are people who are not fun and they don’t like our product and want to control you; join us in the fight for freedom and buy our product and you will always be accepted.

And hipster radio is even closer to the original.

Everything is fine if you’re one of us; we’re living the good life by not being like the others; while they suffer in boring Catholic jobs and conservative sex lives, we’re rocking hard; the bad guys want to ruin your fun; join us in conforming to non-conformity and you will always be not only accepted, but hipper than others because we accept you.

With that little illusion out of the way, we can take a look at state-run radio in the United States. While our National Public Radio is not fully funded by the state, or directly controlled, it seems to share its personnel exclusively with media and government elites. It handily releases stories that are convenient. And it pumps out propaganda as much as Pravda or East German radio did.

NPR however is subtler. To maintain the illusion of freedom, our propaganda must disguise itself as the alternative to propaganda. This means it must be permissive, but also have a sense of higher moral calling, so you sense that (a) there are no rules but (b) good people behave a certain way and we’ll tell you what it is.

To that end, NPR has developed a distinctive style. If it were music, it would be minor-key. It is a lamentation that wraps itself around “uplifting” ideas that never quite change the mood. It is an affirmation of the crushing power of normalcy while doing its best to notice all the quirky, off-beat, ironic, unique, different and non-conformist details.

In short, it’s a deliberate paradox designed to hide its agenda behind a social statement. Its predominant hook is that its announcers use big(ger) words than average, and speak in hushed tones of awe about weighty topics, and basically act like the kids in the theatre department in high school.

A typical NPR broadcast resembles the ones from the Katrina era:

This block once rang out with the vibrant calls of children at play. A neighborhood for the disadvantaged, Skull Head Point was in the process of pulling itself up by its bootstraps when the storm hit and all but obliterated any hope. Here, neighbors dodged bullets to put together a community eatery and vegetable co-op. Teachers concealed the bodies of the previous night’s shooting so their children could have a few minutes of unabridged delight in a quick pick-up soccer game. Even the local police got in the act, dressing up as Santa and handing out toys made from old warrants. It was a neighborhood of hard times but good spirits, of a dark past but a bright future. And then came the storm.

Now the only basketballs are deflated in ponds of water from which shiny white bones protrude, and the nightly violence is so intense that residents have stopped buying doors because they are simply stolen too fast. Skull Head Point, like so many other aspirations in the twilight of this city, was crushed by the storm that tore down half the neighborhood and flooded the rest. Ida May Barnes, a pancake cook at the bullet-riddled 666 Diner in town that’s the last good employment most residents can get, doesn’t fault President George W. Bush for the storm. “But he sure could get us some new roads, a little faster,” she says with a laugh before she returns to her task of picking up the metatarsals of the dead.

This is intoned in a warm, full voice like 1970s teachers reading from children’s books. Sentences are pronounced with a distinct downward slant, modulating toward a lower key and slower pace as they go on. The timbre of the voice changes too and gets fuller and huskier, as if sadness pervaded it without invitation. Lots of trendy topics are cited to either make you feel like part of the gang, or remind you that you have work to do in order to be as cool as the others.

All of this conceals the fact that the people on this radio station are doing the bidding of their masters, and make ludicrously low salaries, and probably are not qualified for anything outside of this type of “social” job, where a worker is not valued for ability so much as the ability to make other people pay attention to that worker.

The NPR style has infested all forms of mass communication now. It used to be “edgy” and “hip” because it was both bleak and yet trendy and hopeful, so all the dummies in the marketing departments decided to emulate it in the hopes it would sell their products. Legions of blogs and podcasts also imitate it because it is their ideal. Other radio stations took it on to compete.

The result says a lot about the American spirit at this time. We don’t crave red-blooded, clear-sighted and realistic news. We don’t even crave the venal. Instead, we like this mish-mash of the pathetic, lurid and state propaganda, all disguised as an ironic human interest story for intellectuals.

It’s as if we have given up on substance and affirmed style itself. In doing so, we have revealed how empty we are. We don’t want solutions to our problems; we want distractions. We don’t want reality; we want to feel like a nation of self-appointed intellectuals, pushing away problems not because we’re in denial but because we are somehow wiser than reality itself.