Next revolution, don’t put the extraverts in charge 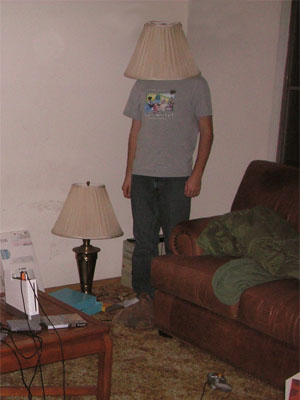 The hard part of a revolution is not the overthrowing. Any idiot can do that. It’s what happens when you win and you suddenly realize you have a country to run.

For our next revolution, we really should put an introvert in charge. The extraverts have been in charge of the last dozen or so, especially Russia, France, the 1968 hippie revolution and now the Occupy protests.

While they have done a great job of tweeting, Facebooking, and keeping interest high, extraverts don’t do so well with the organization of the society to follow. In fact, things tend to fall apart, and then the basest human impulses (murder, theft, rape and television) take over.

Extraverts have proven ineffective at running the countries they take over. When you put extraverts in charge, you get catchy songs and engrossing movies that make it all seem like fun, and as a result you have a huge popular movement.

This is because, among other things, extraverts are excellent at social communication. To them, it makes sense to spin any idea into something that other people like because it appeals to their basic instincts. The only glitch is that these spun ideas are often unrealistic and civilization falls apart as a result.

No matter. In the next revolution, we’re putting the introverts in charge. Gone will be the flamboyant movements with the enigmatic motifs (like “occupying,” “tuning in and dropping out” or even “the guillotine”). Instead, you’ll have a bunch of nerds designing a future society.

True, the Twitter stream and Facebook page will be awful sparse, and that’s the best possible outcome. Otherwise the damn nerds will be tweeting and status-updating with complex equations about crop yields and population growth. That stuff’s boring as cardboard.

But you will get practical results. Extraverts are good at socializing; introverts are better at paying attention to practical consequences of their own actions. Extraverts see the world through this social filter. It’s incompatible with the introvert’s more cause-and-effect view.

The hippies, French revolution, Russian revolution, Occupy movement, etc. are all the dominion of the extravert. They came up with a grand plan that made no sense, but sounded like dynamite at a cocktail party, so they were able to network and get people excited and then make a mess.

The introverts are still busy discussing the feasibility of those plans, and they’re just not sure.

Extraverts do not trouble themselves with silliness like consequences, side-effects, long-term results and precedents. They know that when you say things to other people, it’s to make friends. Whatever you’re talking about does not matter. Making your audience feel good is what matters.

They know that whatever they’re saying doesn’t need to be accurate. It’s more of a symbol exchange where the real topic is the interaction between people, not whatever airy political hocus-pocus they’re going on about.

90% of revolutionaries are there to network and meet chicks. It’s a big party and they have no care for what happens tomorrow. It’s a brutal truth, but biology comes before ideology. The introverts are still theorizing about that one.