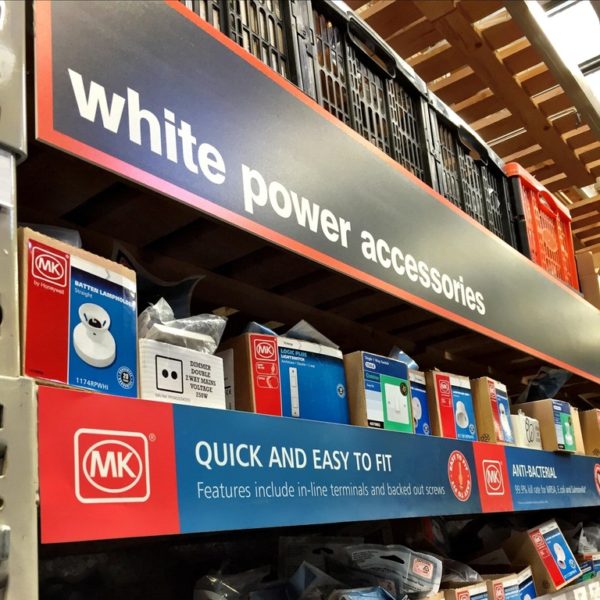 Six years ago, you might have found this column, entitled “Diversity doesn’t work,” on the front page of Amerika. Among its arguments:

The point here is that in breaking from almost other right-wing writings, this piece attacked diversity itself. It does not matter if the other groups are highly intelligent and law-abiding or of low intelligence and violently criminal; diversity itself — the very fact of more than one group being present — ruins civilization.

Survival can be found only through separation.

You might even recognize this sentiment from a post five years previous, entitled “Surviving Multiculturalism,” in which the case against diversity is laid bare:

We’ve all read the articles in National Geographic talking about the isolated tribe of Whatitsname “fighting hard to preserve their traditional culture and ways in the face of the onslaught of modernity.” You would never guess from public rhetoric in America that Indo-Europeans are fighting the same battle. We can win it by taking our society’s mechanisms and adapting them singularly to our own need in the type of scenario described above. If we begin building something new that is an option within the realistic spectrum of choices offered to people in our society, the hardiest among them will consider it and be likely to move. The others are too busy “just doing my thing, man” and we are fortunate for their voluntary exclusion.

This plan would require an Indo-European living space. To get started, it needs some kind of economic base, even if only a single corporation that is willing to hire local people. Once the character of the community is started, the laws of our society must be changed. Anti-discrimination legislation, including the Housing and Urban Development rules, no longer need apply in a modern society, so we can campaign to have them removed, not on the grounds that we “hate” other groups, but on the ethnocultural grounds described above – “white people” are no longer in charge of America, and this group of Indo-Europeans wants the right to preserve itself. Similarly, other affirmative action legislation needs to be repealed. It has served its purpose, and now isn’t needed; we want the right to hire only our own kind so we are not forced to alter the makeup of our community to fit racial quotas. This would be a quiet revolution in American law against “one size fits all” legislation to something that would allow actual diversity by giving localized groups the ability to rule themselves, as culturally appropriate, in ways different than those preferred by the undifferentiated masses.

Where this early piece looked for parallel diversity within the same nation, the years showed a need for total independence, or parallel diversity in different nations. Now it makes sense to see this in continents: Africa for Africans, Asia for Asians, Europe and North America for Europeans, and mixed-race groups in South America and the Middle East.

With the rise of Donald J. Trump as President of the United States, we see a rejection of globalism including diversity, which is necessary for the global mobility of workers according to market forces. Globalism is a variety of neoliberalism, which is the idea that political ends can be achieved through manipulation of the economy, protecting the initiators from discovery and making the changes seem like a natural “right side of history.”

This occurred because as whites became a minority in new generations, it occurred to them that diversity was not what had been sold to them under that name. As the pundits, professors and politicians tell it, diversity involves more ethnic restaurants and people “assimilating” or coming here to work and partake of what we have through their own contribution.

Instead, we saw the classic diversity folly: whatever group is perceived as being on top will be held responsible for any differential in success between it and others. This theory is enshrined in law through programs like Affirmative Action and ideas like “disparate impact,” which state that if a minority group — who are worldwide more numerous than whites — does not achieve white levels of success, it is due to “racism.”

This reached a peak with steadily increasing ethnic violence which rose on the pretext that white cops were killing too many non-white people, when in fact statistics show that the police were doing their best to avoid any unfairness. The message of the Ferguson riots was: the guilt and extraction of money from you will never end until you are dead.

Looking critically at diversity, we see this is an anticipatable consequence of diversity. Each group acts in self-interest which include wanting their standards, laws, values, culture, and ethnic identity to rule the land. If they do not rule, they are always unstable because another group may insert its own values, which will either create a “grey race” mishmash which serves no group, or replace the values of the first group. Diversity creates conflict.

When one group is on top, the other groups see that top group as the source of the displacement of other ethnic interests. This causes them to resent it, but because it is on top, they cannot attack directly but must instead do so through passive-aggressive bullying, which requires them to both play the victim and use guilt to victimize the other group.

In minority-majority areas with multiple minorities, we can see this play out at the edges of communities in which a single minority is predominant. Resentment flourishes, and anything bad that happens is blamed on the other group. Theodor Herzl noticed this condition years ago when he warned that Jews, as not being of the nation groups among which they dwelled, would always be scapegoated by the majority whenever something went wrong.

As time has gone on, more people have noticed this. It is not that they hate other ethnic groups, but that they love their own, and want its values to prevail. They will only feel comfortable in a society designed for them, by them, with their specific needs in mind.

The Left adopted diversity as part of its class warfare platform as a means of achieving equality. To make people equal, the difference between good acts and bad acts must be erased, which requires abolishing standards, heritage, culture, religion, values and even the family.

With Trumprise, people have recognized that diversity is not working for anyone. While there is still the hope of patching it, this is a false hope, based in the idea that groups do not have conflicting self-interest, and that groups do not need the pride of self-determination, despite that being one of the most potent motivating forces among human societies.

If we continue to follow the globalist path of diversity, our future will include only more racial enmity, race riots, affirmative action lawsuits, tense murder cases, open ethnic warfare on the streets and other artifacts of the failure of diversity. Our only solution is to turn back, undo the mistake, and then move forward in a new direction.

The Left And Its Media Cannot Comprehend A Trump Victory | Snapshot: Aristocracy