The Left And Its Media Cannot Comprehend A Trump Victory

by Jonathan Peter Wilkinson on November 11, 2016 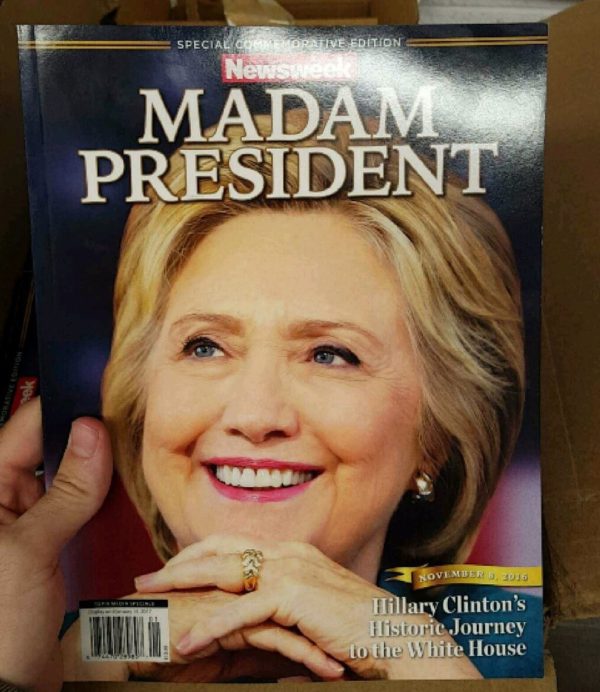 Nobody gets what happened in this election except for a bunch of quiet, average, frustrated Americans. Not too many of the important people care what they think. They would probably fail to get it if they did. Which explains why Donald J. Trump’s election was like D-Day. It was only the end of the beginning, not the beginning of the end.

Hillary believed that Donald J. Trump was a joke. She chose him to run against. It was in the bag. Hillary had done her Operations Research. She had made the fight completely unfair and was now destined to be our next president. Only one thing held her back from fabulous victory. It was what she truly believed about average, everyday Americans.

Hillary Clinton lied frequently during her professional career; but not when she talked about The Basket of Deplorables. She spoke from her wretched, hoary heart. This was what this woman thought of me, personally and socially; as a human being. I was irredeemable. I was lost and needed to be buried in the cat box. In the parlance of The Right Stuff Blog, I’m ovenable in Hillary’s Amerika.

You know who else thought Trump was a joke? The party he LBO’d, gave back to the people, and dragged kicking and caterwauling across the line to victory. They were warned. They were vastly too intellectual to listen.

You just have to laugh. If you donâ€™t understand that you are being deliberately played. He wants you to scorn him so that he can use you as a foil. He sets it up like itâ€™s him against the world and that big, bad world is goinâ€™ down like The Andrea Dora! This is boffo showmanship. I can think of an even better analogy than H. Ross Perot. There was that time Jesse Ventura ran for Governor of Minnesota. We all laughed at Jesse. His candidacy was a joke. It was so funny Ventura got elected. Kinda makes those jokes about THE DONALD stop seeming so funny.

So how could the sideshow known as THE DONALD evolve and maneuver until he was President Trump? Hillary Rodham Clinton isn’t the only person in Amerika to want to put all those ovenable Trump in a Basket of Deplorables. The Kakistocracy Blog gave us a 10-point message that the GOP geniuses had for Trump voters.

So these people in the Uni-party just fed the fire. They kept feeding the fire. It burned them. But they just don’t get it. We get accused of “Whitelash.” I’m afraid I’m just not interested in any of Van Jones’ fetishes this fine morning. Leftists who desire to actually become as smart and with it as they like to claim they are should do what they typically do and read Maureen Dowd in the New York Times.

â€œAs flawed a candidate as Trump was, he had his finger on the pulse,â€ Kevin said. â€œThe polls were off because nobody wanted to admit that they were going to vote for him. But itâ€™s a populist revolt and a lot of people believed in Trumpâ€™s message: too much regulation, too much government. The whole thing is a bunch of guys getting rich on Capitol Hill and not paying attention to the people who elected them. They stay in Congress a couple years, then move on to K Street and call on the same people who replaced them.â€

But everybody is smart enough to figure this out. There is very little in Washington, D.C. worth respecting since the Leftist big takeover. The Liberals and the Cucks both know this. It is a wilful ignorance inspired in part by greed and in part by fear. Everything wrong with Wall Street is wrong with Washington is wrong with Amerika. If they don’t start getting this, or if they are not all fired or replaced, the end will come for the United States of America, and deservedly so.

The Nativists Were Right: The USA Has Balkanized | Trump Rise Shows That Diversity Has Failed