Time Is The Real Zero-Sum Game 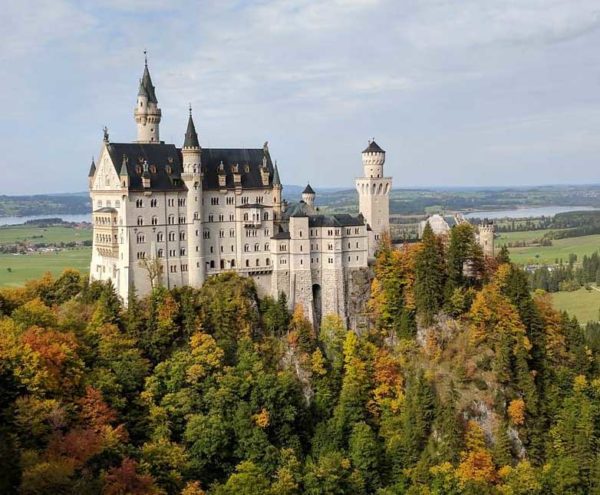 In any task, you will find yourself asking who “da real MVP” is, meaning the person without whom it would not have happened. When we look at decisions made about our future as a civilization, we have to figure out what the bottom line is: what of the many factors involved will draw the line between victory and defeat?

Any sensible analysis will say that the MVP here is time. Ordinary citizens exist in a kind of time-loop where they make decisions about very similar things, day in and day out. For them, a missed opportunity means a need to correct it with the next very similar decision. Life however operates on higher stakes at the civilization level.

Think of it in terms of your birthdays as a child. You can have only one birthday per year, and only one party, and therefore, only one type of cake. You choose lemon, or vanilla, chocolate, or cherry, and that is it. You do not get repeats; you cannot go back and do-over your sixth birthday. The same is true of civilization.

This means that time is the most valuable player because our decisions are a zero-sum game. To choose one thing is to exclude all of the others; to fail to actively select an option is to choose entropy. This means that we are not choosing from a perspective of the present time, but from that of the future. We are choosing our future.

With that in mind, our matrix of decision-making changes. We are no longer looking for threats to what exists as we have it now, but choosing which elements available to us now that will make the future we desire. What we choose will become our future, even if it is not a threat now.

When discussing diversity, many people say things like, “I don’t mind having a Japanese neighbor, because they are high intelligence and considerate.” But do you want to be replaced by Japanese people? To be a society of half- or a quarter-Japanese people? We will no longer be Western Europeans, but a new hybrid group.

People tend to focus on what they see as negatives with other groups. They will talk about crime, average IQ, laziness, resentment, or welfare use. These are disadvantages to having people among us, but can be overcome. What cannot be overcome is that these people will then replace us, and that diversity never works because our group will be in conflict with any other group dwelling among us.

To talk about another group in terms of its bad impact on the status quo requires that we think in negative terms. When we say that a group “fits in” and “does not cause trouble,” we are not thinking of the future, but the present. Our failure to extrapolate to the next stage reflects a lack of faith, hope, and attention to the future.

On the other hand, if we think in positive terms, we will simply ask, “Are these the basis of the civilization we need to be?” Even after our lives, our children and those of our friends and family will live on. Do they want to live on as Japanese hybrids? Once the ancestral connection to a culture is lost, it quickly evaporates too.

Modern people cannot get their heads outside of the mental ghetto imposed by equality, so they assume that culture is like government regulations, a series of rules and procedures which are written down and whoever follows them is getting the job done. In this view, as long as we brainwash random warm bodies into doing things our way, our civilization in theory continues to exist.

In actuality, culture is genetic, as history shows us. Only the group that produces the culture can understand it. They are genetically shaped by it, and it was designed for who they instinctively are, and so they are the only ones who can produce it. Western Civilization requires Western European people.

You can see the negative analysis in the wild in statements of patriotism and loyalty to ideology like this vapidity:

Proudly, we are composed of all kinds of people. People who have different heritages and religions. Though at times we have a cause – like WWII – or a hate – terrorism – that can bind us, it is not something that can last forever.

There must be something deeper, and everlasting, something that all citizens can feel and touch in perpetuity.

That, ladies and gentlemen, is patriotism and nationalism. In other words, the love and affection for one’s country and one’s fellow citizens.

Never mind that they have confused patriotism for nationalism, a common mistake in egalitarian societies, because they cannot face the ethnic and racial roots of culture.

These people are as indoctrinated as any Communist, Fascist or National Socialist. To them, civilization is a means to an end, and that goal is these abstract ideas. They assume that every person who reads the same words on a piece of paper comes away with the same interpretation, and that therefore they live on through their obedience to the rules.

In reality, you only live on if you live on genetically. Anything else means that you pass along your notes for the kids in your class next year, and they fit them to their understanding. If this class consists of radically different people, they will have a different interpretation, and everything you do will fail.

Think about how many civilizations across the third world have adopted Western methods like democracy, constitutions, capitalism, Christianity, and suburban living. Those implementations never look quite like ours, and their results have not been as good. Each society has an order which fits it because genetics is the origin of behavior and values.

You can only make one choice for the future of your civilization. The question is not what fears you have about others, but whether they can be you and your ancestors. If they are from a different tribe, they cannot, and they will replace you, whether by you taking on a Japanese wife, your kids having families with people who are 1/32 Asian or Black, or by the gradual process of outbreeding.

Tyrants — leaders who are concerned only with their own power and view their civilization as a means to that end — bring foreigners here because they know that people are dumb when they are young, and whatever they are sexually attracted to, they marry. Those children no longer have the genetic profile of the original culture, and so it is erased and replaced by the ideology the tyrant uses to justify his continued power.

We know what it is like to be a hybrid. Look at South America, Eastern Europe, India, Southern Europe, or Ireland. The group never attains the greatness of the original Western Civilization, and it forms a civilization that is rather exotic and more like its admixture, even if only in traces.

Still think that Japanese, Korean, Jewish, Greek, Italian, Irish, or Polish wife is a good idea? You are breaking down your genetic profile and replacing it with something that can never be the original. You are genetically erasing yourself, and with that, destroying your culture, even if your laws and economic system live on.

As the old saying goes, “Which way, Western man?” If we deserve to live, we have to realize that time is a zero-sum game and that therefore, we can make only one choice: we must defend ourselves and exclude all others, even if they do not cause problems, or are nice and well-mannered and love our educational systems.

It does not matter whether you replace yourselves with Nigerians or Japanese. Any diversity is the end of your people. If you think your people deserve to live, and want Western Civilization to exist, you have to exclude all racial and ethnic diversity, and choose a future that is exclusively Western European.

At Some Point, We Will Have To Admit That The “Homeless” Are Parasites | Pervnado Is The End Of A Sexual Visigoth Holiday