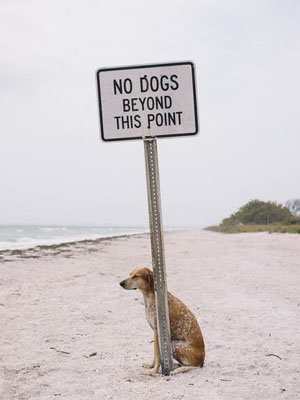 Years ago, this blog started some of its analysis about Conservatism with the means-ends question. It’s a common sentiment that Conservatism is “ends over means,” which translates into the idea that if the goal is accomplished, it doesn’t matter what method you used to get there.

To some degree this is true, because among purposeful people, if you decide on a goal, that means it is necessary and thus needs to happen regardless. However, this is within sensible ranges; if you need to go grocery shopping, you don’t run over 400 people in a tank just to get to that sale on range-free eggs.

Liberalism would like you to think that it is “means over ends,” which translates into no matter what the situation, the liberal upholds a moral higher standard. This goes out the window when the shooting starts, and is a nonsense position. It’s more accurate to say that Conservatism is concerned with cause-effect reasoning because we like to be able to duplicate successful actions.

In this context, cause is the means and effect is both the ends (goal) and the results (consequences). Conservatives value the results because when we do have a goal, we like to think over what past results have occurred, and if one of those approximates our need, we then duplicate that cause. This is the scientific method in another form: test, find repeated patterns, then work from result back to action.

Liberals on the other hand see themselves and their social buddies (a horde of individualists) as the end. Thus to them, the cause and effect are the same out there in reality, and what really matters is intent and social effect, which are seen to be the same. In their worldview, if something bad happens, it’s because someone’s mean and interfered with the posi-vibe kumbaya party.

The liberal will reply that life is a means to the end of the liberal’s pleasure, satisfaction and joy in the diverse collage of randomness that entertains him.

The conservative will reply that we are an end to the means of life, because life is a process and an experience, not a tangible thing. Thus we use up our bodies as we use up our time in order to come away from life with not an experience of pleasure, but of learning, of overcoming pain and fear, of rising above and become better souls, for lack of a better world.

However, their ideology allows society to use all of us as means to its own end, which is socialization. They want personal control, and thus they form groups, and these groups turn every person in them into a compulsion agent who indoctrinates others in agenda and ideology. The point is to use social pressure to force people to obey, since this seems “guaranteed” and “safe” in a way that working toward a goal in common isn’t.

They feel safer feeling that others are obligated. They resent the obligation on themselves, however, so develop a constant sense of victimhood to justify not being obligated. The result is a self-deconstructing and self-hating society. It unravels itself like a ball of yarn, then leaves a tangled mess which devolves to the default state of humankind, which is third-world levels of disorder.

Liberals can keep it going for some time. They do this with increasing doses of ideological compulsion, backed by the social idea that you will be unpopular if you don’t follow, and thus you won’t have a job/girlfriend/money/friends. That’s their weapon. But this only works so long as society holds together, and liberalism inherently unravels societies, so expect the ideological religion to ramp up in the coming days as our society pulls itself apart from within through individualism, victimhood and means-over-ends thinking.