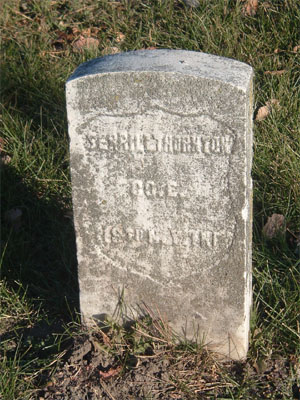 In the future, as they struggle to rebuild from within that which failed from within, people will remember 2013 fondly as the year the word “racist” died.

They will remember how the United States, in a paroxysm of guilt that can only be salved through public charity, elected a half-black President despite the warning signs: the mysterious loss of his license to practice, the dubious paper trail, the history with Chicago politics and its gangland style of strong arm corruption. Anyone remember Blagojevich?

It was quite a guiltgasm. The media was 100% behind him, except those meanies at Fox News and the Daily Mail. Almost all of them were fawning about how intelligent he was, how ethical he was, how he was going to change everything and soon we’d have put the dark ages of the Bush years behind us!

He even got elected into a second term. With one month left in the election, a liberal stole a tape that made Mitt Romney seem “just awful” to people who are so cowed by socialization they can’t admit he was right about the 47%, and then all of Obama’s failings were forgotten. The warning signs again got swept under the rug, and Obama took the white house for his second term.

However, you can only fool some of the people some of the time. Eventually, that which is swept under the rug (or weighted down in the East River) comes to light and the piper must be paid. With Obama, it was two things: first, a triad of scandals — the IRS persecuting right-wing groups, the bungle at Benghazi and the coverup that followed, and the White House spying on AP reporters — and second, the fact that no one seemed to be in charge, or aware, or even waking up to how serious this all is.

In fact, many people noticed that, had Obama been white, he’d be impeached and heading to jail already for this. But we all know the rules of charitable pity, which is that those who are not of the majority are never wrong. They are always noble savages of our liberal imagination, brought from their primitive cultures to our leftist enlightenment, and if how they act doesn’t fit that narrative, it gets ignored. Like the press ignored Obama’s foibles.

But then something magical happened.

At a press conference, under fire from critics for these many probably illegal and at least unethical, but certainly incompetent, acts, Obama lashed out. He implied that his critics were not attacking him for his bungles, but because he is (half) African-American. In short, he did what every liberal does when losing an argument, which is accuse their opponent of inegalitarianism.

This liberal insult was here when the West was wracked by class warfare, and now it has been applied to race, gender, sexual preference, etc. It is the universe insult, and it’s a form of the “begging the question” fallacy, since it’s only important if you assume the liberal is right about egalitarianism being important. But it’s a defensive move, and a passive aggressive one, so it at least looks like the liberal has a point. Clever monkeys.

However, now it’s come to mean absolutely nothing, as if it ever did. What is a racist? No one will tell you. It’s a catch-all for anyone who does not endorse the holy religion of equality, which translates into pluralism, or everyone do whatever they want at the same time and no social standards as a result. You want to live near people who are like you? Not allowed! You’re bad!

For years that was tolerated. Until now, because now it’s clear that “racism” is what is said not to make an argument, but to escape from the consequences of one. It’s a universal get out of jail free card. Except that in our guiltgasm, we paid the price already. Now we’re being hit up again, and in fact a third time, if you count the cost of the scandals.

Even the American public, who are more distracted than outright dumb, eventually turn on people who abuse their goodwill with such things. This is why 2013 is the year that “racism” laid itself to rest, dead from overuse and ambiguity and finally, the loss of all meaning through abuse of the privilege extended to liberals in allowing them to make such accusations in the first place.

They’re using you | Hall of mirrors