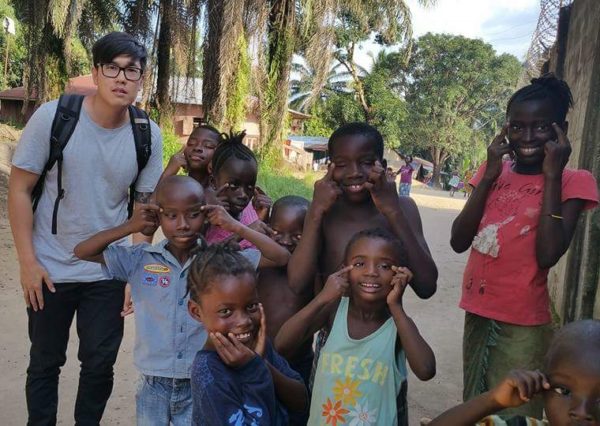 The Left promised us that if it got its way, it would end the constant racial enmity of the other 95% of the world against the 5% of us whose ancestors formed first-world societies. Seventy years later, race riots are common as is ethnic violence and immigrant rapes, murders and violent protests.

As usual, the neurotics have swarmed to tell us that the problem is insoluble, so we had better just accept it. “You are talking about millions of people,” they say. “How will you convince people to leave? They will resist, it will be even worse! No, the only plan is the current plan, even if it is failing.”

This reminds me again that the neurotics love suicide cults and that Leftism is essentially a suicide cult. They love theories like global warming and nuclear war because it gives them an excuse for what has always been their goal: Do-Whatever-You-Want Day.

Although it seems like a collective, the Left is individualistic. Each individual in it wants the benefits of civilization without the burdens; they crave “anarchy with grocery stores.” Together these individuals use collective bargaining, which curiously resembles extortion, to achieve their goal.

For them, it does not matter that a certain idea — say, diversity — will end in the destruction of civilization. They are already thinking of how the seas will rise and swallow us and GMO foods will give us cancer and how everything is just already lost, so we might as well… Do-Whatever-You-Want.

But for those of us who neither wish to die nor leave our successive generations of descendants a terminal failure of a society, the question of solutions arises. We know that diversity does not work because it cannot work — no group gets the self-determination and values it desires — but how can we fix it?

Luckily a two-step process shows us the way:

With this, we remove that which attracts them to us: the easier, more prosperous life without having to create it by themselves as would have to happen in their third-world nations. This makes life back in the motherland more competitive than life here, where they have no guaranteed jobs, housing and welfare.

Back when welfare was proposed, many criticized it along these lines: If you offer free things, you will support parasites as well as those in actual need. What you tolerate, you get more of. And so, you will get more parasites until you drown in them.

Look what has happened. We are drowning in people who come here to take the benefits, but hate us and constantly complain about racism.

Right now, Suzy Allahuackbar can come here and immediately apply for food benefits. She can also take advantage of charities. Then, she can get citizenship and full welfare. If she wants a job, she cannot be turned down in favor of a white person thanks to affirmative action, so she will get it. And then, it is very hard to fire her even if she is totally incompetent. If she is fired, she gets more welfare anyway. She cannot be turned down if she wants to rent or buy housing. If anyone says anything mean to her, she can sue and live really large.

This is not to say that immigrants are bad, only that immigration is. There are many good people among them; however, diversity does not work, and so they do not belong here. Their presence destroys our social order no matter how hard they try to fit in. The only sensible immigration policy is no immigration.

For that reason, sensible people have a “zero tolerance” policy for immigration. It is not that we hate other races, or dislike the individuals we encounter. It is simply that diversity of any form — even “good” groups — causes social breakdown and will destroy us. The only sane response is no diversity, not even one drop.

Civil rights law has shattered America. Instead of acknowledging that slavery was a mistake and sending everyone back to Africa, we decided to become a multicultural state, just as we had with the Indians. Both policies created nothing but misery, and now we have added third-world immigration to make everything more confused and hostile.

Many on the right oppose the policy advocated here of reparations with repatriation. This is how a gentleman ends a bad deal with good people: something went wrong, so we offer reasonable compensation, and end the collaboration. This sets up members of other groups with some seed capital to help out in their own countries.

Africans, who we purchased from African, Arab and Jewish slave merchants, would find themselves returning to a continent full of possibilities. Using their reparations seed capital, they could establish businesses and communities, and re-take the continent from the Arab, Indian and Chinese forces that are currently about to conquer it.

Other groups would go back to their homelands as well. Asians in America can do nothing for Asia but spy for it in our defense companies; back home, they can take American techniques and knowledge and apply it for the betterment of their people. The same is true of Hispanics, Arabs, Jews, Inuit, Indians and the [[[ Irish ]]]. Home is good.

No one sane endorses cruelty. This is why Europeans are reticent to embark on any policy that sounds like it might be retributive. What is being advocated here, however, is redistributive: thank immigrants for participating in our failed policy by giving them money to go home and cutting off their access to free things here.

We can then change our immigration laws to a saner policy, if we have any immigration at all. Our founding group comprises a third of our people and, given a healthier and less insane society, will quickly produce enough children to bring our population to a sane level (150-200 million).

In the meantime, we can stop pretending that there is no solution to this problem. The solution is obvious and always has been, but the neurotics oppose it as they do anything sane and sensible. As more people realize the necessity of removing the neurotics from power, we come closer to ending the toxic policy of diversity.