The Trump “Meltdown” Is A Media-Manufactured Event 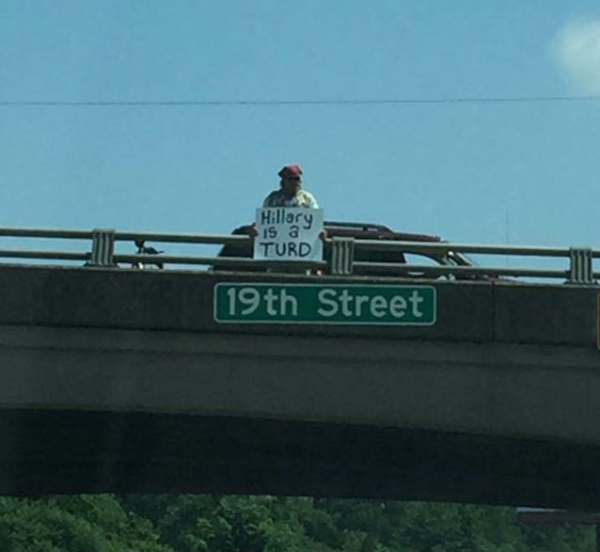 You may remember the ugly days of elementary school, or even high school, when children played little social politics games to make themselves appear to be king of the dung-heap, because that is all social power in school ever was.

Some person would become your antagonist. That is, he or she would decide that political power could be gained by pushing you down. And off that person would go, when you were busy doing something else, to whisper to all the people that can be lured into an orbit.

The next day, someone would saunter up to you and say, “I hear you wet the bed last night.” Since this is a totally random and useless thing to say, you would wave them aside with some comeback, and then start wondering… what is really going on? Then another person would call out on the playground, “bed-wetter!”

If it was not your lucky day, the meme would spread, because groups of humans love nothing more than an excuse to engage in cruelty, because crucifying another (burn that witch) always makes us feel better about ourselves. It lets us off the hook to improve ourselves through self-discipline.

Crushing others is, for those who do not discipline themselves, a pleasant mental sensation. It makes us feel powerful, to stand over the body of a conquered enemy, so much that we forget all else going wrong in our lives. It is like a drug and is every bit as addictive.

A meme that has spread looks like this: a whole auditorium full of kids listening to an awards ceremony. You get an award, and walk slowly up to the podium. At that moment, the entire troupe bursts out into a chant: “Bed-wetter! Bed-wetter!” while teachers frantically try to shush them, but not too much, or it seems like denial.

The media picked this week to call Donald Trump a bed-wetter.

Most likely this was planned through whatever current version of JournoList floats around out there. Conspirators always use unofficial channels, like whispering or un-archived mailing lists, so they have plausible deniability. Who, me?

But they decide to hold back on everyday harassment for a while, to make their target relax. Then, they move the wolf-pack into position to encircle the victim. Finally, at a moment agreed upon in advance, they begin the attack with the goal not to be effective, militarily, but to be relentless, so they can get that crowd chanting at whatever hapless person they have chosen to destroy.

This is, by the way, the psychology of Leftism itself, a pathologically tendency to act as crowds in the destruction of those we fear. This is why in human societies, the weak eat the strong and the best are sacrificed for the mental comfort of the rest. But now it is being pointed at Donald Trump with the intent of destroying the movement behind him:

David Plouffe, President Obamaâ€™s former campaign manager, proposed the idea in June. â€œIt is not enough to simply beat Trump,â€ he wrote on Twitter. â€œHe must be destroyed thoroughly. His kind must not rise again.â€

…â€œBut the larger stakes of the election are putting the country on a path where Trumpâ€™s views of the world are far in our rearview mirror.â€

Senator Barbara Boxer of California said that a Democratic win in November was far from guaranteed, but that she hoped for â€œa complete revulsion of the Trump wingâ€ that would lead to a â€œrealignmentâ€ of the Republican Party.

The point it this: Trump represents the cash cow of a dying society, its Western European original population, rising up against those who want to parasitize and subjugate that group. Trump represents a re-assertion of reality against ideology, a resistance to the Left-drift of media and a post-1965 mixed-race population. Trump represents what made America a thriving country from its founding through the 1980s, not Venezuela Lite as the Left intends it to be.

Democrats have a good fix on power right now. They will use it to destroy themselves and us alike, but that is their incompetence at work, not deliberate. Most people tend toward easy solutions, and the Left is always the easier solution than the Right. There are now millions of non-white voters in America, and they always vote liberal. And the media is if not completely Leftist, at least mostly there, as far as the average person will see.

The rise of Donald Trump damaged this whole convenient nepotistic power cycle. He threw back the assumptions that we have been told we must make in order to be “mature” and “practical,” and showed that a spirit still exists in this country which does not want to go down the dark path to a Leftist state that other civilizations have chased to their peril.

He also brought up many unresolved questions which liberals have insisted were long-ago resolved, such as what constitutes a nation, and whether pluralism — “we agree to disagree” — is the basis of a civilization at all. This shakes the alliance between corporations, media and government that has cozily run America for the past few decades, appointing its members to lucrative public positions whenever they need money.

Of course they have to shut him down. Like the kids on the schoolyard, the Establishment resents Donald Trump because he is not chained to the same path to doom that they are. He has shown another way other than their way, and they are trying to destroy him for it.

But ask yourself: is this real? There was a book once about how stupid George W. Bush was, which took quotations from his speeches that were awkward or foolish. It seemed like the solid truth. But then, over time, you see that there are blooper reels from every administration — you just do not hear about the Leftist ones from the Leftist press.

They figure that this week, they can create a fake battleground over Khazir Khan, who is part of the nepotistic Establishment, and use it to beat Trump down. Then they pull out a few of those blooper reels and run them, but most importantly, the whole tribe of Leftist journalists chant together that Donald Trump is a bed-wetter. If they say it enough, the herd will believe them.

This, by the way, is the famous “Big Lie” technique:

The Big Lie is a propaganda technique whose invention is often falsely credited to Adolf Hitler (Hitler was not advocating the use of this technique…).

The basic idea is that the bigger a lie you tell, the more likely people will be to believe it, since it’s difficult for them to accept that someone could tell a lie that huge with a straight face.

The Big Lie is that Trump is crazy, or that he has “crossed a line” with Khan. The Big Lie is that he is not presidential, and you need someone who just barely avoided felony charges because of her political connections instead. The Big Lie is that you are safe with the homogenized, processed, plastic-encased DNC instead of out there in the Wild West of common sense which might make someone dislike you.

What we are seeing this week is merely the Big Lie in another form. Nothing has changed except how they are reporting it, and as usual, by their choice of what to report on, the media lies. Lying is their job: they sell a product, and people buy what agrees with them. With that in mind, do not take it — or this week’s Big Lie — as anything but advertising, hype, hysteria and monkeyshines.