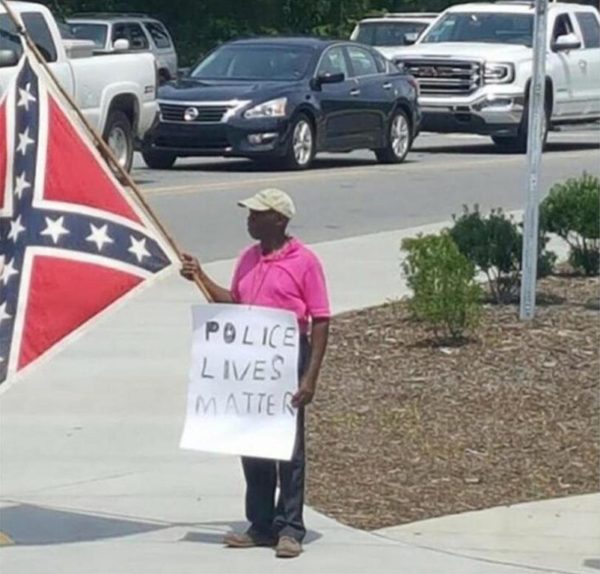 The problem with civilization is that as it succeeds, it dies. This happens because those who understand why things must be done find out a way to get them done, and then a whole lot of other people tag along who do not understand why and do not care. As a civilization grows, it increases its number of less-than-useful (LTUs) people.

These then need to find a way to justify their existences. They cannot, like aristocrats, point to having been descended of those who created the civilization and still possess the wisdom of those founders, nor can they like warriors, bakers, farmers, or butchers point to themselves having a trade. They are merely extras on the set of a film whose plot they do not understand.

As a result, they universally use guilt as a means of controlling those around them. This argument takes the form of “I am human, and you are human; why am I poor/bruised/sad, and you are not?” This plays on the eternal need for fair play as a tenet of civilization to convince people to do more than the minimum at their jobs and in social events. When people do the minimum, societies come apart like the Soviet Union.

The problem with this is that in a diverse society, lower social trust plus constant competition between ethnic groups will put one on top — the one that founded the state, is most successful, seems to have the power or is seen as the aggressor in a confrontation — and the other one will become both cucked and resentful of that group. Its cuck will be living by the rules and symbols of the group, and the resentment takes the form of demanding subsidies from the more successful group, just as LTUs demand it from their neighbors.

Witness this in action through recent “race relations” disturbances — or, the veneer of civility being peeled away to reveal the raw conflict of diversity — arising from African-American replacement by Hispanics/Asians in the USA:

Groups that must not be offended are: racial minorities, women, gays, immigrants, and Muslims. On the other end of the spectrum, groups who do not have the right to be offended are: whites, Christians, men, and conservatives. Almost any amount of abuse against them will go unpunished.

In the case to which the article alludes, the person subjected to a lack of “right to be offended” was an Indian-American, Rohini Sethi. She made the “political mistake” of speaking out against a group that had that right, and was punished for making everyone feel that the uneasy truce between the races was going to break down as a result.

This has been the hostage situation in which America has lived for generations: pay up, or there will be riots, violence, discontent and interruption of business-as-usual, which is what most people seem to want even though it makes them miserable. They are afraid of anything but what they know.

Tom Wolfe describes this in his essay “Mau-Mauing the Flak Catchers”:

The bureaucrats at City Hall and in the Office of Economic Opportunity talked “ghetto” all the time, but they didn’t known any more about what was going on in the Western Addition, Hunters Point, Potrero Hill, the Mission, Chinatown, or south of Market Street than they did about Zanzibar. They didn’t know where to look. They didn’t even know who to ask. So what could they do? Well … they used the Ethnic Catering Service … right … They sat back and waited for you to come rolling in with your certified angry militants, your guaranteed frustrated ghetto youth, looking like a bunch of wild men. Then you had your test confrontation. If you were outrageous enough, if you could shake up the bureaucrats so bad that their eyes froze into iceballs and their mouths twisted up into smiles of sheer physical panic, into shit-eating grins, so to speak–then they knew you were the real goods. They knew you were the right studs to give the poverty grants and community organizing jobs to. Otherwise they wouldn’t know.

When you base your society upon the principle of equal inclusion, or “egalitarianism,” it opens up the door to this kind of attack. Like the LTUs, anyone who is not making enough money or having enough social success has what is perceived as a legitimate gripe, which means both that the politicians appear foolish and that when that person riots, it will be perceived as payback for an injustice.

Of course, the mau-mauing does not benefit its presumed objects. As with unions, the money goes to elites, not the rank and file. The lawyers get paid, the politicians get elected (and thus paid) and the community organizers get money and power, but what trickles down to the supposed beneficiaries is never enough. And how can it be enough? The wound is emotional, not economic, and it is based in their lack of autonomy as a nation.

The disclosure emerged after new data showed the proportion of applicants achieving their best three predicted grades has been declining in recent years.

It also followed pressure from ministers to hold teachers to account to get their pupils to the best universities.

The study showed that applicants from Asian, Black, mixed or other ethnic backgrounds had a greater chance of missing their predicted grades by two or more grades.

There is no way off this hamster wheel but to grant them that autonomy in a nation of their own in their historical homelands. The majority will keep succeeding, and minorities will resent it, but the cause of their resentment is not the visual appearance of inequality that they will point to. It is the lack of ethnic self-determination and self-rule, and no amount of benefits or subsidies can restore that.

The Trump “Meltdown” Is A Media-Manufactured Event | Quotable (#3)