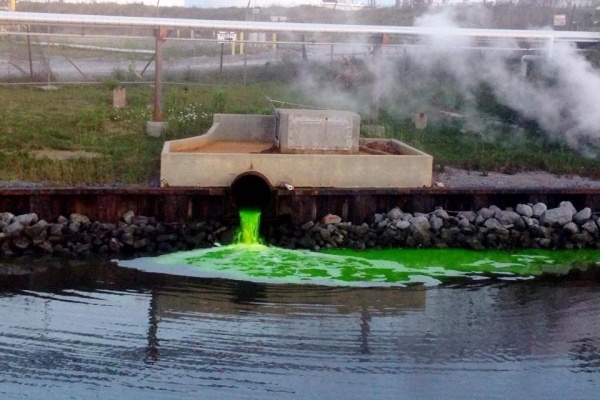 What makes mental patients fascinating to observe is their delusion: they will act on something that is not there as if it were, and will even do so when reminded of its nonexistence. It might be that insanity is a hyperextension of the human ability to operate in a state of paradox to the point where no two conflicting pieces of data can be wrong.

As we gear up toward elections in the USA and Europe, we are reminded of the continuing collapse of the West because no public voice is acknowledging the obvious. We fight and spit over elections, write endless paragraphs about one side or the other, and then note offhandedly the increase in problems. More internal violence. Less agreement. More parasitic and predatory behavior. More pollution.

All of these are symptoms of a great disorder originating in a poor design of our civilization as a whole, and that they are increasing should signal to us a general timetable. But we hear nothing of tackling the problems. Instead, we have reached a point in society where our population is divided into small camps that each pursue their own partial solutions. There is no chance for consensus on any direction, since each group is addicted to its own incompatible partial “solution,” and therefore the real problem – the problem at the root of all others – is not addressed.

When this situation is named and described to the above-average person, the response is recognition and a shrug. What am I gonna do about it? It seems irretrievable, so we resist passively and negatively, trying to slice heads off the Hydra fast enough to preserve what little we have left. This time of rearguard action will delay the end but not steer around it, because it does not have another action.

This Oedipal tendency – we kill our impotent fathers, and try to crawl back into our mother’s wombs – is natural to any psychology, not just human, which feels it has been born into a dark and pointless time. Yet to steer around this mess we need not only to recognize the dark, but to create a light, a different (although not “new”) direction. We must rediscover what has always been true and give it a new face.

If we do not take this path, we face more of the shrug.

During the late 1980s, before the collapse of the USSR, I had a chance to speak unguardedly to several Soviet emigres. Each was proud of his or her nation, but each also expressed reservations. “It is a great nation, in bad times, but so few see this,” they would say. “So we carry on, and hope–” and then it came, as unpredictable as a stormfront on a sunny day: The Shrug. The sentence ended before its end. The thought ended before its conclusion. Where there might have been a course of action, there was only The Shrug.

Let me make it clear for you: no partial solution will work. Another election with a new outcome will not work. A race war will not work. Our empire is decaying from within, and there is no one to blame nor any need for blame, so long as we correct it. If we can build even a partial consensus among the intelligent and capable, this change will happen easily, as society depends on such people for its daily operations. We are in a time when the horse is heading toward the barn door and we have a chance, perhaps a decade or two, in which to lock it. We are in a time when such consensus is possible simply because of the ominous horizon facing us.

It is the tendency of all things in nature to regress toward a mean as a way of stabilizing them. Higher intelligence entities are willing to try more ways of tackling a problem, but with that comes an instability, and so nature surges forward first, and then drops back. What emerges is more stable and less highly articulated (genius) than what was earlier. However, it is equally “natural” for smart things to preserve themselves and to resist this change. All of the greatness of humanity has come from this resistance, and it takes the form not of holding back but of surging forward, of creation an option to the regression. The best resistance is a positive offense. This is the metaphysical opposite of The Shrug.

We cannot depend on our leaders because they do not lead. They adhere to a philosophy of consequentialism, which roughly translated is “Whatever most people think they want is best for the nation.” It is illusory because the nation is not an individual, although it is composed of individuals, and the tendency of individuals to not see the whole picture and do only what benefits them personally can endanger the nation. We are bound to our nation as much as ourselves, but most will not see this.

Lacking the experience for judgment as much as the capacity, because they have not had the years and overlook to witness large systems rise and fall, the average intelligent person is as misguided as the average moron. They are not wrong, in the sense of having a defect, but they have picked the wrong conclusions. They try to patch up the system they have while doing what is in their own interests and when things get out of hand, they pick a strong conservative leader or a liberal revolution. Neither helps.

Both strong conservative leaders and liberal revolutions attempt to fix problems by weeding out the bad and replacing it with a blank slate that they hope will restore the best of the previous system in a new form. The problem is that they do not understand architectures, and therefore are unaware that they are trying to build a skyscraper on the foundation of a cottage, and are amazed when the system breaks down. Depression then reigns, and an embittered population essentially suicides by choosing fanatical tyrants who promise order and deliver conformity.

In this depression, you hear two dominant voices: those who believe they can buy off the disaster and those who are sure they will personally survive it. The placators want to spread the wealth evenly, assuming that this will solve the problem, but thanks to the judgment skills of most, this ends up simply redistributing wealth to the more parasitic and destructive personalities in the system. The “strong survive” types are oblivious to the concept of multiple generations and the effect of time, and do not recognize that while they, personally, might survive, anything of greatness they achieve, including their descendents, will be wiped out.

These failing attempts parallel the problem itself. Most people will overlook the obvious (empire decaying) in favor of detail management (stop drunk driving) because it is easier and cannot destabilize themselves personally. Even the liberals have a variation on the “strong survive” virus in this: the whole thing might be going down, but somehow, I will prevail, and that’s what is important. It is not surprising that every declining society in history has been remarked upon by others to have a startling degree of egomania.

When we look deeply into egomania of all its various types, we see beneath the bravado a simpler mechanism. It is a turning away from the obvious decline, much as foregoing notice of the decline in favor of petty partial solutions is; what separates the two is the degree of imminent collapse. Our refusal to see the problem, recognize its inescapability, and act upon it with a positive different direction is not logic, but an ancient signal of failure: The Shrug.