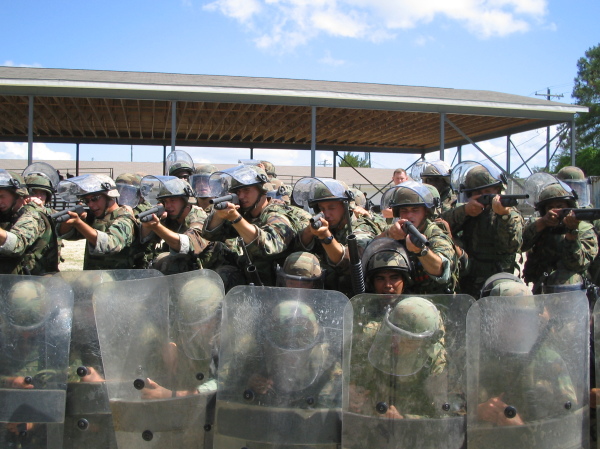 When you were a kid, you may have been fortunate enough to have one of those tedious, blown-out old guys down the block who would always compare any current event to some distant dusty greyed-out happening in ancient times. “You know kid,” they’d rasp in those death warmed over voices, “Every time they raise gas prices, it reminds me of the Punic wars!”

Your job as a child was to make fun of them of course. That’s how you do what all children need do, which is differentiate yourself from your parents, because this is how children become self-conscious.They need that self-consciousness so that they can master it, and if they go far enough, discard most of it except the useful factual parts.

When we learn things, we have to go overboard first, and then find a moderate ground, upon which we can then heap more learning. Crotchety old men are on the far side of this cycle, which is that they sit on a heap of learning and are trying to remember back what it was like to be trying to build that mountain of knowledge. They’re upset you don’t understand how the Iraq war re-iterates things we in theory learned as a species during the Punic Wars.

They’re right but presenting themselves badly, because a raspy figure of death does not communicate reliability to the young. It communicates fear. What is missed in this lost chance for communication is a building block of understanding your world so profound that it changes the way you will view politics and society entirely. When children, we view our world like ourselves, as a linear history from birth to eventual death, and presume it to be inherent and unchangeable, a product of nature.When we get more experience, we stop seeing history as a timeline and start seeing it as a cyclic process which occurs in the linear space we call time.

Much like our own lives have birth, life, and then death, history contains similar cycles, but does not itself have them. Time is eternal. But for each entity in history this cycle persists. When we know this, we are no longer fooled by the heady propaganda from our governments, media, and moronic social partners that we are somehow “evolving” as a society. We are advancing through a life cycle which ends in death. The only thing that evolves is the design of individual humans and of course, the design of specific functions within a society.

Left to its own devices, the average civilization will cycle through its lifespan over a couple thousand years and then depart into physical, biological and intellectual ruins that resemble the results of at least a thousand years of dumbing down,compromise, palliative social placation, and of course, commerce dominating values. Is it any wonder the globe is covered with civilizations where dirt-covered people labor in ignorance at the bases of vast, impressive ruins? The original inhabitants are gone, both departed and absorbed into the remainder population.

This is what the old would tell the young if they could. It is also what great philosophers have attempted to tell us for aeons. Before we begin congratulating ourselves on one mechanism or another we have adopted to deal with the ongoing decline, we should ask ourselves: are we experiencing decline? Smart leaders and strong-willed populations can overcome this life cycle or prolong it, just like smart human beings can exercise and eat right and not become walking ruins of humanity before their time to depart this earth.

In movies it is popular to zoom out of a scene, show its larger context,and then return, with the juxtaposition (a product of time) showing how the small events of our lives are both iconic indicators of the larger cycle and contributing to it. Now that we have zoomed out from the events of our day, let us return to the Punic Wars, and the Blackwater scandal currently fading out in Iraq. What the media and government and well-meaning bloggers see is abuse of a system by a rogue mercenary company; what people with historical context (zoom enabled) see is the inevitable product of a declining empire forced to rely on mercenaries, who by definition share few of its actual values.

The real transgressions of the Blackwater people, it turns out, are more than one incident. Where US soldiers tried to blend with the population and reinforce a positive presence, for Blackwater, their contracts are a job and Iraqis are just in the way. Think of the killing of millions of buffalo, the wholesale removal of trees for replacement by concrete, or the billions of pounds of paper not recycled by businesses every year. When you’re on a job,you tacitly recognize it’s a form of control and resent it, because you’re not there as a result of agreeing with the mission. You are there for the money and because, since you’re forced to get money, you picked the least offensive career for you. But resentment is the periphery of that focus.

People at jobs (in my experience) tend to carry that chip on their shouldering a barely-hidden way that makes it even more present wherever they go. They do not act out overt aggression, but instead make thousands of tiny acts of sabotage. They borrow your stapler and don’t return it. They leave messes around the office. They accomplish only what exactly is stated in detail for any assignment, and ignore obvious implications. Job-logic is what gets us people being wasteful, and then running home without a care. Job-logic is what causes sloppiness that reaches epidemic proportions at the big corporations.

Job-logic is someone painting a floor, then storing flammable paint next to a water heater because it’s conveniently close to the door and no one told them not to. We joke at our jobs about how much we like weekends and can’t wait to escape, but under that joke is a simmering resentment which expresses itself in, “I will do what you tell me to, and not a god damn thing more,” which creates a kind of obliviousness. Our product works OK but breaks after a few months, or dumps oil on the floor?Well, we did what it said here in the Working Specification.

When an empire has to hire mercenaries to do the work that its Army cannot for political or logistical reasons do, you know the end is peeking around that next corner, and he’s winking. You know the game, he says. You fear death and death comes for you, but if you’re so goal-directed and conscientious that you seek an ideal more than you fear death, death cannot catch up to you until you are so old your body simply gives out. Our society has not found such a goal and has instead focused on making its members comfortable via material wealth and social esteem, which has made them fat,neurotic, emotional and ineffective. All they know how to do now is hire others to take care of them.

That old guy in the corner is telling you about the Punic Wars because the same thing happened to Carthage. While Rome was a virile and young civilization bustling with blondes and redheads and auburn-haired people,Carthage had become a marketplace for the dramatic international jet-setters who follow money but have no use for culture. They were a Semitic culture,formed from the intersection of Berber and Asian and Caucasian societies,and according to some accounts dyed their hair and painted their faces to excess. Carthage was like Los Angeles at its worst: ostentatious, but quick to humble someone else by pitying them and tossing aside a pittance of alms,and completely useless except for paper-shuffling, re-financializing money shuffling, desk-bound “earning money” without making anything better. In other words, a society in its final years, when it no longer has any ideals to live for.

Rome called their bluff. Unlike the Carthaginians, called Punic from the Latin term for Phoenician, the Romans were united by a common goal of power according to their ideal, and spreading that ideal through an empire.They were conditioned to practical labor as much as theory, and their theory was not landlocked by social constraints like marketing, as the Carthaginian theory was. They were rising, and Carthage was falling, and over the next three Punic Wars they proved it to the world, eventually laying siege to Carthage and literally erasing it from the map. Of course, that was before their own civilization aged, lost its consensus of ideals, and collapsed.

Despite the cries of media charlatans, Blackwater’s recent Iraq debacle is a small detail. Some guns for hire screwed up because in their job capacity there is no requirement that they care about the broader implications of what they do. So it is with all jobs, and jobs as labor without the context of ideals are a product of dying civilizations. The media is performing its job by whipping a detail into a frenzy, and at the same time, overlooking the inevitable truth of our decline. We’re all just doing our jobs, but no one is watching the overall direction on which we’re going. We can fool ourselves for a little more time by calling this progress, and in that time we can make some money and hopefully get away from the mess, so we will.

What it comes down to, when you look at civilizations as life-forms in themselves, is that there are two stages of society. In one, normally the youthful stage, the society is organic, meaning that consensus of values motivates its people toward accomplishment in accord with the ideal that represents the mental derivation that produced those values. In the other stage, usually the later, the society has become self-conscious but has not transcended that self-consciousness, so it imposes Control upon itself from some presumably absent but always oligarchically-controlled leadership faction. Conservative societies rule with a top-down order, emphasizing the production of a leadership caste, and liberal societies rule with a bottom-up order that seeks to neutralize leadership castes by empowering those at the bottom.

Both are methods of control that because they are imposed,create a job-mentality, and so do not fit the bill for saving a civilization.If we want to thrive, there is only one way, and that is by starting at the origin of leadership in a successful society, which is a mental and moral consensus according to some ideal that transcends self-consciousness. We must shoot for something that is not within the self, and is not defined within the society itself. It must be an ideal. Without such an ideal, we are like the Blackwater people just fulfilling rather frustrating jobs, and sometimes we too will freak out and shoot up the innocent from what might be sheer boredom.

Contando Vantagem: Portuguese translation of “Taken for Granted” | The shrug