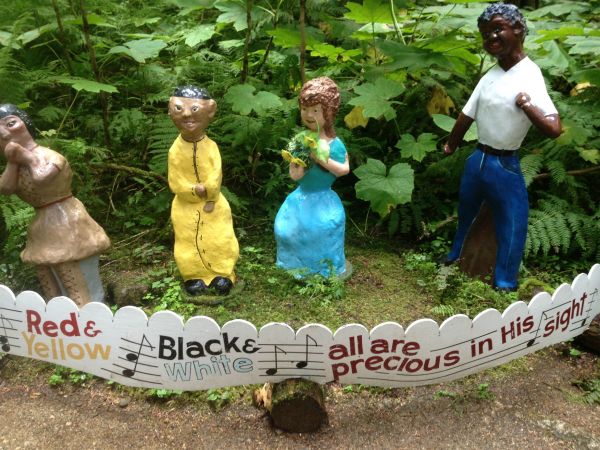 We see pathological behavior in many ways every day. The people who buy lottery tickets and never win, or the lonely souls who carry someone home from the bar to wake up lonely, or even the endless get rich schemes of the masses who chase wealth and, failing, enrich the scammers and frauds of our modern world. All of these pathological behaviors have two components: a flawed conception of the world that unites an unrealistic worldview with an expection of certain result in reality.

The problem with pathological behavior in a social system is that a form of inductive capacitance can be measured in human beings. When two wires are run parallel, current sent through one can be measured in the other. By a similar principle, if two human beings exist in social parallel, they absorb the nervous energy – a sort of essential simplification of idea – in the form of half-understood concepts and desires. As if by osmosis, people grasp the essence of an idea and it becomes the ideative portion of their pathology. “God will save us” and “The state will find a solution” are scarcely removed as concepts in this pathos.

It’s not easy to recognize this. Our civilization has become complex and interdependent enough, and the normal person is so overwhelmed with needs and desires, that it is impossible to point to proof of its failure — but more importantly, it’s equally impossible to point to proof of its success. Many people note the increasing problems (crime, corruption, pollution) and correlate it to a lack of great achievements (art, music, philosophy) but two things hold them back: first, the system seems to be working, and it puts food on the table, so don’t rock the boat. Second: we are still so awed by our technology that we put unlimited faith in it, as well as our technology of mind, which has us supposing that educators and psychologists will find a way to make us all productive citizens somehow.

Yet there’s nothing obvious we can point to (like a clock counting down the sky) and claim it is proof for all to see that our society is failing. All will never see, even if a giant rubber monster attacks North America, because they will revert to non-logical behaviors; this is the brain’s way of avoiding kernel panic and shutting down in disbelief (interestingly, many who faint at disasters first become irrational). They turn to religion, or focus on irrelevancies, and this enables them as peaceful a demise as can be engineered. But the demise we face is not a fast one, but a slow decline into irrelevance, and it is both far off and close by in that we are now in the last few decades in which we can reverse it.

Societies that collapse slowly do not explode. They stagger, through a series of failures and incompetent compensations, into a third-world state where a mass of lumpenproles — dumb, grey/tan, and devoid of all higher culture or philosophy — are ruled by a pompous elite who got the position through a single qualification: immense wealth. Eventually this decadent elite consumes itself through infighting and inbreeding, and what is left is a burned-out shell of a society staffed by dumber, fatter, sicker, more generic versions of its previous occupants.

There is a point where this course cannot be reversed, because culture has been destroyed and the elites are too powerful and the masses too dumb to oppose them — usually distracted by “panem et circenses” or technological equivalent (fast food, TV). At that point, there is so little consensus among the people that they can literally be bought off for a single issue: gay rights, legal marijuana, recycling, more churches. We are not yet at that point but it approaches rapidly, and if “the people” were able to unite behind a single impetus toward change it would be easily reversible. However, they seem more concerned with “personal” issues, meaning political change that benefits them and to hell with the rest, than they are with holistic fixes to an otherwise suicidal system.

This condition arises because just as most people are specialized to a certain level of thinking, few are capable of using what F. Scott Fitzgerald reference to as “cynical” thinking but which might be better called by the name used in American colleges before it became taboo: “critical thinking.” Critical thinking means the ability to compare a stated goal to the method used to reach it, and to separate the actions which will be successful from those that are pathological. Critical thinking allows one to predict enough of the levels of consequence of any one method to project its effects in the future, no matter how popular it is, and critical thinking is a rarity in society today.

Sage observers refer to modern society as pathological because despite knowing that much of what we do is wrong, we persist in repeated patterns, if for no other reason because because we’re overwhelmed. Still, it is not logical behavior, and should be seen as on par with children who refuse to eat their vegetables because they prefer ice cream. Not everything we do in life corresponds to our wishes. Much of it is a matter of “work,” or overcoming resistance to put things into a better organization so they function beneficially.

If we are to trace the roots of this pathology we will find a simple root cause. After sorting through all of the details and problems and intermediate causes, we come to an original error: what philosophers call “consequentialism,” or the idea that what most people think they prefer is the best course of action. This can be seen in our democratic system of leadership, our belief in personal ownership of stock and businesses, and our social system that replaces culture with what is popular to the mass taste. All of these ideas, which we disguise with materialist and humanist rhetoric, originate in the idea that what we prefer as a group is the best course of action.

Anyone who has chaired a committee, or tried to achieve consensus even in a small group like a family, knows that a direction can only be found when every individual considers it not in context of themselves but in the context of a task which includes them but is not limited to them. If left up to their own concerns alone, individuals pick what benefits them, and since the rest of the question — overall direction for all individuals — is a distant second, they consider it barely and conclude it will be addressed by what they summarize in partial witticisms and homilies. “It’s all good”; “It’ll work out”; “The People will rise up and fix it.”

However, the middle class in America and Europe is beginning to see that they, the professionals and leaders of the layer beneath politicians but above workers, have become an endangered species. An influx of cheap labor has made the rich richer, and products cheaper, but the socialized costs of a society without consensus as to direction (something achieved through agreement on values, which are passed down through generations in a form we call culture) make it harder to find respite from the madness. The middle class sees a future in which more money is required to have homes away from the ghetto, more time must be spend on the road commuting, and more effort must be spent in bypassing now-ruined public services for private offerings.

And the workers? Most of these will acknowledge some degree of incompetence in managing their own affairs. Fodder for the workplace, they either walk the straight and narrow or try a way around and in all cases but a few get busted and re-introduced to society as even cheaper labor. The stockholders and CEOs laugh and dumb down the job requirements, making them as simple as pressing buttons on different machines, but the group of violent, stupid, alienated people grows and with it the costs to the middle class. Who gets penalized by crime and unrest? Not the elites behind private security walls. The middle class and the working people pay the price for society’s decay.

In a sensible system, it would be recognized that true leadership (and not just parroting back what the poll figures suggest will be popular) is as rare as the ability to design rockets, do higher math, write philosophy or compose symphonies. A leader is one who intervenes between what the people think they want and what they must do, and either explains to them the logical course or forces it upon them. Whether justification or oppression is used is irrelevant, because if what is logical becomes law, the people are better off even if they had to sacrifice some personal demands for the whole. When the whole becomes sick, we all pay. When we sacrifice for a better whole, we all benefit.

None of our current political solutions are sufficient. It is too easy to promise a pleasant illusion and ignore real problems or opportunities, and so our leaders do it. They, after all, only want to crawl their way out of the morass of poverty that is ensnaring the middle class. Even non-mainstream political solutions fail. While the environment is part of what must be addressed, it is not all of it, and so Greens are left as partial solvers of a detail whose root is the cause described. While a failing of traditional values is part of the problem, it is not all of it, so Conservatives become marginalized with the religious fanatics in a mire of abortion, gay marriage and drug laws. While racial decline and loss of homogeneity are part of the question, they do not complete it, which leaves nationalists further isolated from a solution.

The answer is relatively simple: there is one truth, and we call it reality. Many voices describe it and in any genre there are those who understand most of it, but to see it requires putting our personal interests and egos second to finding truth and enacting it. None of us are god; all of us have some position in the hierarchy of nature, and not all of us can lead and thus not all of our opinions are important in a leadership context. But when we stop concerning ourselves with consequentialism, and look instead toward finding a correct path, we are suddenly less likely to lead ourselves down a path which destroys the whole. As the whole is the provider for the fulfilment of individual wishes, at that point, we also lose our personal concerns.

What we think we desire is contingent upon a healthy whole. When you ask a group of people their concerns, they will pipe up about details, but it is unlikely they will focus on that whole. For humanity to survive as something other than a degraded society where the rich rule the stupid, we need to instead find consensus by targetting reality in recognition of how nature, a healthy civilization, and culture as a reservoir of social learning are essential to our individual futures. Should we wish to survive, and all healthy people do, this is the time to set aside our personal fears, selfish desires and confusions and to enact, finally, a better system of human self-government — before it is too late.