The Question Of Capitalism 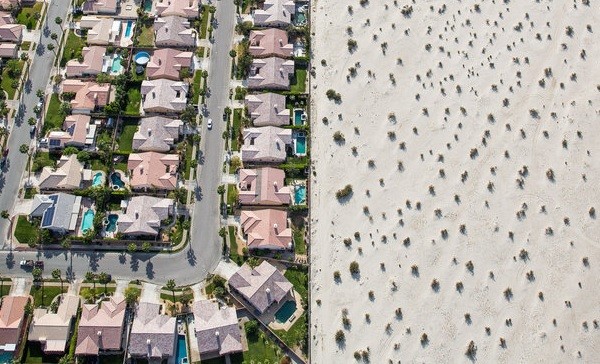 Longtime readers know that the magical formula for restoration of the West — aristocracy, nationalism, capitalism and transcendental experience — becomes controversial in any group because almost everyone objects to one of its pillars. Let us look into capitalism.

Your task is to design a country. You have two basic choices for economies: you can let the economy sort itself out through the actions of individuals, or you can set up a power structure to command it. This most importantly functions in assessing how many or how much of each product or resource will be available at any given location.

Implicitly, the “free market” option is reward-based: where reward exists, someone will find a way to meet it, and so — this is the bottom line — the need will be met. It may be more wasteful than an absolutely ideal system, and it creates rich people along the way, but it ensures that needs are met. This means that its weakness is everything else.

The “command economy” option however is punishment-based. Central command sets up targets; you either do that, or something bad will happen to you, because there is not a reward structure in place. This mirrors the fundamental problems of all subsidy states, which is that performance above the minimal becomes optional while ideological compliance becomes mandatory.

From that view, it becomes hard to want to adopt a command economy because free markets work. That does not mean they are without problems. In particular, Free Northerner picks up on the problems of a broken reward structure:

What makes these people powerful? Others want to buy their products. How was this accomplished, through voodoo or hypnotism? No, through the inherent tendencies of a herd of humans. So, we have created a false elite of people whose success results from their popularity with the largest segment of our society, the clueless and neurotic quasi-competents who make up most of our species.

In this, there is a weakness in capitalism: unless the audience is controlled, it will create a demand for products that match its (moronic) level of taste and ability. The result is not Wal-mart, but McDonald’s: for the price of a pound of beef at the grocery store, you get a half-pound burger made mostly of soy, but there are celebrities and cartoon characters drawn on the bag and thirty-two ounces of flavored carbonated sugar water!

Contrast that to the 1930s, where everything was more elevated. What was the difference? The buying power was in the hands of the upper castes. Is it surprising, then, that the commercial elements of our society wanted it to grow and to become bottom-heavy? No: they wanted the easy audience to expand, marginalizing the hard audience, who now find that 99.99% of what they encounter in public is insufficient for their needs.

Capitalism has always revealed the queasy relationship between proles and commercial interests. Commerce loves morons because they will pay high markups for cheap items rebranded with novelty, popularity or self-image boosters. Proles love commerce because it makes them feel powerful; someone finally cares what their opinions are. Commerce requires them, in a bondage-style relationship, and for their dollars, it gives them control. They can command what product thrives and what dies. They can tell someone else what to do. They have power.

In that way, capitalism is in their view a replacement for social order. Social order ranks people above one another; with capitalism, all are equal, provided they have dollars in their little fists. Even more, in this form, capitalism works as an equalizer, reducing all to the same level as consumers of the same products. This is why even our wealthiest end up drinking soft drinks and eating fast food: whatever becomes available and succeeds, quickly crowds out everything else.

Capitalism becomes suicidal through this process. Whatever succeeds generates clones, and then the market must kill them off. The race downward means that at some point, innovation is killed and replaced by a circular pursuit of customers who are the least discerning, eventually creating the type of economic curve we see in the third world: a few companies own nearly everything, nothing new is invented, and most small businesses are marginal.

There’s another problem with capitalism of this sort. Like other forms of demotism, including peer pressure and democracy, it cripples decision-making, as libertarian sources notice:

What about Americans’ right to “preserve their culture”? I’m tempted to call it the nativist version of a “safe space,” but cultural preservation is far more totalitarian. A “safe space” is but an enclave – a small corner of the world where politically-correct norms prevail. To “preserve a culture,” in contrast, requires a whole country to impose traditional norms on everyone. And this is crazy: You don’t even have the right to force your culture on your adult children, much less millions of strangers.

The problem with libertarianism is its liberal heritage. “Classical liberals,” like liberals today, believed in the rule of equality and the “invisible hand” of markets and popularity which would choose the best. This is just not so, and if anything, the herd always chooses the worst and does so on the basis of the individual, which precludes any social change that is not optional just like performance under socialism.

So why do I support capitalism?

For two reasons: first, it works and the option fails every time; second, no System of any form can be trusted to run a society by itself. There are no “invisible hands.” There need to be highly visible hands, namely strong leaders and strong culture. The other three in the magic bullet list — aristocracy, nationalism, and transcendental goals — take care of that. Nationalism protects a group so that it can have culture at all. Aristocracy creates good leaders. Transcendental guidance places the fancy world of shiny material objects far away and focuses on the existential quality of life instead.

In fact, the best thing about aristocracy — which necessarily includes a caste system — is that it arrests the endless quest for growth and social mobility, replacing it with stability. As Anomaly UK predicts:

The key point is that nobody in the system has the aim of destroying society. That is an incidental byproduct of the competition for power.

The competition for power, not power itself, is what corrupts. When power exists, it is either in the hands of the good or not. That is easily fixed. But a condition of endless competition for power corrupts everything, including capitalism. Millennials and others should note that our current “capitalism” is far from being capitalistic, having been merged with the welfare state, and also lacks these forces above it. Our crisis is of that making, not capitalism.

How To Make Triacetone Triperoxide (TATP) | Math In The Blood — Tradition Vs. Genetics