The paradox of liberalism 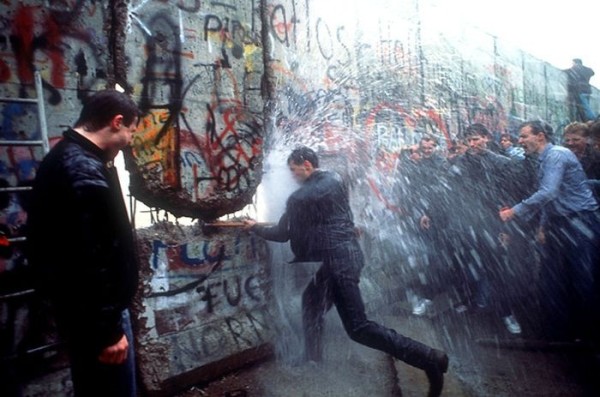 For years, I listened to people telling me “complex” Leftist theory is. After a brief bit of analysis — coming on the heels of having read the classics of Western philosophy — I found myself laughing at their statements. Liberalism is no more complex than a vending machine, but it contains a twist that baffles 98% of humanity.

Recently an article in the Boston Globe discovered this glitch and opined about it in the usual neurotic muddle of liberals that tries to incorporate many details of the current time to “hide the ball” about the actual simplicity of liberalism:

In liberalismâ€™s race to get ahead, Hartz said, the insecurity of those who win provokes their escalating displays of wealth, but the anxieties and pain of those who fall behind cut deeper scars. Liberalism offers no remedies for these scars because it only defends purely individual rights. Deep divisions might undermine the unwritten social solidarity that is the essential foundation of liberalism itself.

Let me translate this: liberalism says we are all equal, and yet results in reality say otherwise. How do we resolve this paradox? The answer is that we do not, and so we become neurotic in our attempts to do so. Even in the most idealized of liberal societies, some have risen above others. Even the most Communist society must have some leaders, and they will have dachas in the countryside.

The author of that piece cannot face this paradox. His solution? More liberalism:

Donald Trump is an old standby of unconscious liberalism, but Bernie Sanders just might be a real democratic socialist. His campaign focuses on rectifying income inequality, a product of liberalism that liberalism cannot address because it only speaks of individual rights.

Someone will be hired to administer equal income. This person will have more-equal income than the less-equal people to whom he distributes. In every area of life, someone will be better at running the show than others. This person will either receive more income, more power, or both through rewards like dachas which technically are not income but would be purchased with income.

It’s time to point out that liberalism/Leftism is entirely nonsense. People are not equal in ability, therefore they are not equal; some rise above others because of their greater ability, which is an observation straight out of the pages of Charles Darwin’s books. What the American founding fathers meant by “equal” is that people deserve the right to pursue their destinies independent of a government shaping them toward ideological ends. It was actually a statement against liberalism, but to the Boston Globe author, it might as well have been written in Greek.

We have had over two centuries of theory trying to explain around the basic paradox of Leftism. These liberal ideas “sound good” but do not work in reality. This spurs a need for people to invent more of them, since people like the idea of liberalism because it sounds socially acceptable. That is, in sum, what you need to know about liberalism.

An experienced and more cynical American consumer might identify more of what liberalism actually is: advertising. It is promises that sound good, made to the consumer so that they buy the product. The product in this case is rule by liberals, who promptly vote themselves big fat salaries and government regulations that benefit their industries while destroying every other competing force. This ultimately dooms the society.

Looking back through history, we can see the Magna Carta as a formalization of liberalism. A group of merchants wanted to have greater power so that they could make greater profits and so they induced change in the political system to favor them. Being smart, but not quite as smart as their leaders, their first move was to find a way to depose those leaders, and they found they could do it through this universally-popular advertising.

The Americans tried to limit this impulse with a Constitution that in their view would protect citizens against government so that commercial interests would not run roughshod over the needs of ordinary people. It took only a few decades for people to hack around those limits and, with the rise of Lincoln, America became exactly what its founders did not want: an ideologically-driven state imprinting on its citizens that ideology.

While liberals generate mountains of words to try to hide their fundamentally simplistic view behind surface complexity, it wreaks great destruction upon us. We are chasing ghosts and illusions and in consequence, ignoring the actual problem of civilization, which is how — in the absence of regulation by nature — to keep citizenship open only to the useful people and avoid diluting ourselves into mediocrity, then facing the inevitable wrath of entropy.

All of this for a little twist, which is the idea that we are all equal except for liberals who are more-equal intellectually, and therefore we must serve them in order to gain… equality. Imagine if we had skipped this silly episode in our history and simply stuck to reality instead. How much farther along would we be?