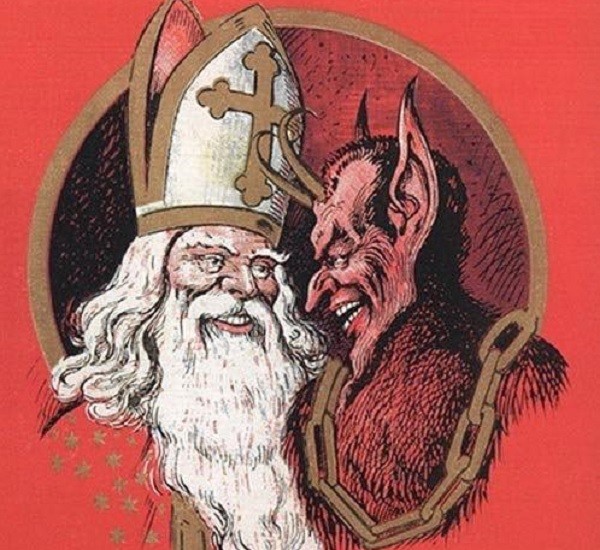 Books have tackled the topic of â€œdark organizationsâ€ and lately academic rigor was attempted by Linstead et al. (including Garance Marechal at Manchester University). Initially it was thought that it was a psychological topic, then a sociological topic, so it came as no surprise that these academics concluded a multi-disciplinary domain as suitable for conversations around â€œdark organizations.â€

So instead of diving into the detail of dark organizational case studies, it may be possible to simply discuss the issue in a random sort of way. For example a physicist mentioned entropy the other day saying that â€œif all roads leads to Rome and you are on a road, then it would be safe to say that you will end up in Rome!â€

The conversation will then tend to move towards â€œwhere are you now?â€ and that is where the fun starts. How to answer that becomes more important because – will you be honest, or will you attempt to put things â€œinto perspectiveâ€ with a metaphor, or will you lie?

Typically a manager would repeat the rhyme currently pushed by the company:

Clearly he wonâ€™t say anything about himself, or his own career path, or his own frustrations. Does that mean he was being dark? Not at all. Withholding information is not a crime unless it aids and abets a crime. In the case of dark organizations there is no crime, however, worker unions have a wonderful term called â€œgo slowâ€ as an activity they propose as an alternative to â€œstrike action.â€ Going slow may look like a dark organization because performance drops substantially, but it is not, because they are honest about it. They will look you in the eye, lying about their activities (assuming therefore that you know about the â€œgo-slowâ€) requiring you to infer the reality of how a go-slow can be fixed.

So, if you are on the road where you are withholding information (or pretending), and additionally not being honest or following a â€œdishonestâ€ process, then you generate a picture that is untrue and will end up not making sense to the audience. Darkness is, if you are on the road to no-where, you will most surely end up there. The result of ending up no-where, is that you will become mad, literally. Somebody estimated that 25% of people are mentally unstable. I am sure that is over-stated, but how would one know? DNA genetics statistics suggested the other day that psychological traits can be inherited. This seems plausible only if you include un-certifiable mental illnesses. If you canâ€™t certify it, you cannot make laws on it meaning going dark is not a crime, itâ€™s a condition(trait) that causes your company to go slow permanently.

It is quite limiting for managers to know they canâ€™t prohibit dark behavior in employment letters, or punish it with a disciplinary policy. However, it is also comforting for them to know that they have this avenue should things go south. And things can get bad, as described by psychiatrist Howard Stein, so bad in fact that an employee can become traumatized and erratic while suffering limited memory loss (permanently). I know a mathematician that had to develop traffic light algorithms in a short time span, losing it, was â€œlet goâ€ and ended up divorced and living in a caravan/camping site. If this particular intelligent person had followed the dark road, he would not have gone mad (so quickly) but his boss may have lost it. Funny enough, as it turned out eventually, the company dropped the entire $6m product drive and the executive in charge had to leave himself, unable to explain what went wrong. (There were more trauma cases in case you were wondering.).

At this point the conversationalists becomes a little wary because they realize it can happen to them too. So the questions then attempt to determine the extent of darkness in society.

Re-direct to the American management topic of â€œhire and fireâ€. It is normal to say in a â€œcapitalistâ€ society we are proud to embrace the policy of â€œhire and fireâ€ and that itâ€™s normal to have â€œtwoâ€ jobs. Meaning that when I talk to a bank employee, I should know that he wonâ€™t be there next time I visit. This makes it difficult for me (the client). And here I thought the customer is â€œking.â€ Not in America.

However, the push-back against hire and fire can be seen since it is quite visible. The auto workers union succeeded in bringing the American automotive industry to its knees. They are represented at Board level and can virtually veto any management decision. I am sure there are more qualified people able to describe this situation but I am also sure Daimler and Obama can tell dark stories about this.

Re-direct (again) to the American(ised) topic of â€œindustrialization.â€ It is not a new concept since the â€œIndustrial Ageâ€ however, industry bodies attempt to â€œindustrializeâ€ the industry (such as the automotive industry permeating every nook and cranny of society worldwide), not to forget about pharmaceuticals, or the oil and fracking industries affecting geo-politics through a plethora of lobbyists, but the latest and not least -â€“ the election industry where â€œstrategistsâ€ are now circling countries, let alone political parties. The point of any â€œindustryâ€ is to maximize its impact on society, in order to perpetuate the salaries and pensions of those working there. In other words â€“- it has nothing to do with clients or even voters. The next upcoming â€œindustryâ€ is the geographic information systems industry.

This motivates how the American middle-class is being marginalized, because they have become the target. This is serious stuff but the conversationalist feels better because he/she is not in focus here, the elite is, and it is easy to shift focus and blame to an amorphous entity that everybody will agree with.

So now that we are comfortable the question is â€“- â€œyes but, to what extent is this going on in businessâ€ (getting closer to conditions that may affect his salary and bonus). Unfortunately the author Jim Collins wrote a book tiled How the Mighty Fall which is about listed companies evaluated over a period of 10 years. Of those approximately 20, 000 companies only 11 passed the test to be called â€œGreatâ€ while the â€œrestâ€ are clearly not. This requires further clarification however: a company performing at 20% of its potential is assumed to have failed and ignored. However, many of those continue to exist and do not always go bankrupt. I would suggest that a simple life-long multi-year revenue chart may actually be better to expose a dark organization.

The rising concern in dark organizations is multi-nationals able to pick the low fruit of tax havens en production facilities in the â€œworldâ€ and then to enforce their â€œpoliciesâ€ directly on local executives at will. Not to improve the local organization, but to improve the â€œsalary siloâ€ at headquarters (where-ever that may be).
At this point the conversationalist starts to see the bigger picture and the question (of a more concerning nature) becomes: â€œYes, but where do all this come from?â€

To answer that one has to investigate humans. How did humans evolve? What makes us do things? The answer is difficult but some light was shed by Dr. Victoria Horner with her research on differences between human and gorilla childrenâ€™s learning abilities. The difference is that humans over-imitate while gorillas just imitate while learning. Both species imitate their parents in order to develop survival skills, but

It is possible to deduce that humans use tools and that by imitating the use of â€œtoolsâ€ rather than â€œpurposeâ€ (food) that gorillas are interested in, humans developed a force multiplier projecting them to the civilization we have today. However, we have never learnt to â€œlimitâ€ tools because we have until now assumed that we will always go â€œforwardâ€ being optimistic and all, you know.

The gorilla learning needs understanding as well because some humans do that rather than learning tools (because tools are difficult). The gorilla is â€œawareâ€ of the â€œpurposeâ€ of the actions he wants to imitate. In other words, the end-goal of the actions undertaken is what the gorilla learn(food), not the unnecessary technique. Some humans (a lot), whom in modern times could be described as SJWs, do that too. In other words, if you talk to them, they would focus on what your purpose(intention) is, rather than the detail of what you discuss. Their actions then will be determined by what they think your goal is, while they will NEVER inform you of their own goal/purpose. This is of course darkness personified.

The conversationalist now realize how fragile humans are. So the question becomes more security oriented, â€œyes, but how do we protect ourselves.â€ This is a very important question and most people think about the short term, but itâ€™s actually the long term we should be concerned about. The crux of security is also in our early education between parent and child. According to Dr. Barbara Holtman researching a solution to South African crime, she (finally) suggested that children not be jailed and that alternative remediating education be implemented for them â€“ to reduce crime that affects 25% to 50% of the population (2 million serious crimes per year). In other words, what she is saying is that we should raise our kids properly. As Donald Trump might say: this is yuge.

For a change, the Right should demote loudmouths | The paradox of liberalism