by Jonathan Peter Wilkinson on February 8, 2016 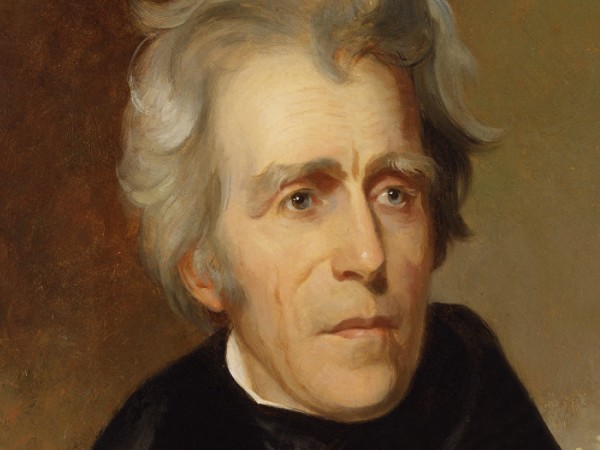 Honor was banished from America in large part coincidentally with the banishment of The Jacksonian from social and intellectual respectability. This was in no manner accidental. It was studied. To understand what is missing when honor is banished, we first need to examine what honor actually means. The Merriam-Webster Dictionary is a reasonably unbiased data source for estimating the current meaning of a word. Here goes:

Full Definition of honor
1 a : good name or public esteem : reputation
b : a showing of usually merited respect : recognition

We simplify this down to reputation, recognition, privilege, an order of earned merit, and credit. (Weâ€™ll ignore armorial escutcheons because they sound too much like some medical condition.) As we examine the definition above, we see a list of words that would be an anathema to SJWs. Honor reveals itself to be a system allowing us to operate outside the demesne of an overdeterming state. Honor, I conclude, is OS Freedom.

We go through this exercise to set up a discussion that I left hanging in a blog post last week. I was discussing how the banishment of the Jacksonian quadrant of Americaâ€™s founding ideology had left our national commonweal dangled above the ditch. I remarked the following.

…itâ€™s not too abusive a stretch to map Wilsonians to Progressives, Jacksonians to Classical Liberals, Hamiltonians to Authoritarians and Jeffersonians to Civil Libertarians. Banish one of these four vectors to the outer darkness and you get a disturbance in the forceâ€¦In recent years The Jacksonian portion of this Tao has been banished to the trailer parks of Appalachian Hollows. This has led to the death of honor* and traditional culture in Elite American Society.

This death of honor is no mean observation and deserves further deliberation. Taking the Jacksonian Quadrant out of America while leaving the Hamiltonians and Jeffersonians remaining in proper apposition, leaves Cthulhu but one direction to swimâ€¦ Yet this is just a facile discussion of a more complex Free Body Diagram. Saying two forces work to cancel each other gives us a laymanâ€™s perspective. To evolve towards journeyman status, we need to examine the mechanism driving the force. Jacksonianism thwarts Wilsonianism. The questions previously begged was just â€œhow?â€

The answer, quite simply, is honor. Honor allows a society to function without constant micro-management. Middle management meatballs are what you get for killing honor. They are who drives the managerial state. Without these meddlesome, maundering morons to populate its armies with SJWs; Progressivism wouldnâ€™t make any progress. Honor provides a mechanism to get your own defecation in sequence without the aid of some middle management meatball.

Cthulhu you say? Arenâ€™t we just comparing courses of action for ridding the streets of mangy rabid curs? Isnâ€™t government supposed to do that? I mean, why have it if it doesnâ€™t? So let me ask you one silly, little old question. Does any Progressive really care about mangy rabid curs? If you guessed no, the next question to address is then â€œwhy do they bother?â€ It doesnâ€™t require a PhD in anything to realize the entire discussion was a way to take away each independent manâ€™s 30.06. Yet that doesnâ€™t get us all the way home to The Big Why.

We also havenâ€™t addressed a couple of other points an SJW would walk you right passed before you could ask the inconvenient forbidden questions that lead the rational mind towards the satanic graveyard of undead hate truths. Isnâ€™t government supposed to do that? Um, not if Mr. Remington does it faster, cheaper and better. But doesnâ€™t that involve risk? Doesnâ€™t the dog catcher not bothering and you having no recourse when he doesnâ€™t also involve risk? The Progressive insidiously assumes that you canâ€™t do this yourself in a responsible fashion while the government will never fail. Which government minister in Venezuela was in charge of grocery stores again?

Now, that second nagging question. Why have government if it doesnâ€™t do things? The Wilsonian, Progressive, Socialistic, SJW is just about cracking up right now. The entire argument that government exists to do things is a dishonest lie. Iâ€™m going to have to pick a bone with a former US President here. Ronald Wilson Reagan once remarked the following. “The words â€˜Iâ€™m with the government and Iâ€™m here to help youâ€™ are the ten most frightening words in the English Language.â€ I think he should have said that they were the ten most untrue.

The government, and all the apparatchik shrubs that constantly want more of it, are not here to help you. They are here to help themselves. They are here to help themselves to you and all the stuff that is currently yours. The only alternative to the managerial state that allows the progressives to use your butt as an ATM to pay for their perpetual Visigoth Holiday is an emergent concept of honor. The concept that was most fully embodied in Jacksonian America.

The current Progressive government that has replaced and overwhelmed the once-great American Republic has so succeeded because it has banished the entire concept of honor. It fears the return of honor the way a parasitic Nosferatu fears the crucifix. The Good Progressive derides the man of honor as a bitter clinger hanging on to his Bible and, not coincidentally, his 30.06.

The paradox of liberalism | The American Nativists were right