The one man they could not cuck 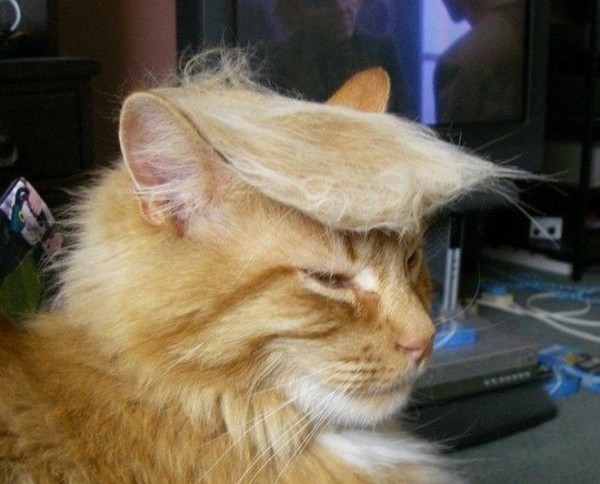 Donald Trump eviscerates the Republican establishment by refusing to play by the rules — set by the Left — which require conservatives to apologize for noticing reality. He is the one man they have been unable to cuck, although it remains unclear whether he would be a conservative in office.

Either way, he has forced a lack of submission on the Right as people have realized that we live in a leftist society. Everything it does is based on leftist principles, and leftist goals, with softer methods but no different end-point than the Soviet Union.

While even the moderate right is public anathema, no one freaks out at the idea of Socialism or even Communism lite, a pathway (inevitably) to Full Communism. You can have your life destroyed for being more right-wing than the official Republican position, but no one blinks when someone advocates immediate Stalinesque Communism. This alone proves the Leftist stench of our time.

They will not mention it on your television or the big internet sites, but this society destroys people all the time for not agreeing with its ideological agenda. They do not even need to disagree, only fail to agree. People who notice the man behind the curtain find themselves publicly humiliated, demonized and ostracized.

We are all cuck until we overthrow this delusional system.

If we look at history, we see that America (and Western Europe) thrived with a Western European identity and ethnic composition. The definition “WASP” at first meant the English, but grew to include Germans, Scandinavians, Dutch and other Western European descended people. With that as our ideal, we had an innate commonality of culture, religion and reverence for both history and our unique standards for the future.

With the removal of WASP America, the “melting pot” idea followed, with people thinking foolishly that with enough propaganda… err, “education”… and government regulations, anyone could follow The WASP Method and make our nation just as successful. What has followed has been increasing corruption, incompetence, deception, bloat and dishonesty.

A central ethnic and cultural identity gives people a sense of common purpose and a reason to trust and believe in one another. We come from one root and we are working toward the same goal, which is perpetuation of our society through its principles and heritage. No amount of laws, rules and government videos can compensate for the loss of this unity.

With that loss, we have embarked upon the path to becoming Brazil: a multi-ethnic nation unified only by economics and ideology, comprising mostly a third-world slum with a few fortunate wealthy types on top. This model is not only unstable, but cruel. It deprives people of a sense of pride in who they are and of the moral standards and principles to guide them. It replaces civilization with obedience, positive aspiration with fear, and social order with shopping — even if only shopping for enough private security to avoid the disaster.

Our public opinion currently finds itself in a cycle of desperate search for scapegoats. We blame Nazis, African-Americans, Mexicans, White people, cops, Satanists, right-wingers, Christians and hackers in turn, but the real problem is us. We are disunified. We lack purpose. And so we consume ourselves.

Rule by public opinion — democracy — favors fears and victimhood over any sense of common goal. It delights in the weak and quavering, using a presumed sense of the appearance of injustice to argue for acting in their name, always following the egalitarian pattern: punish the successful in the name of the unsuccessful to make central control stronger. Public opinion makes snap judgments and destroys lives so that people can go back to a somnambulism of apathy and self-interested, short-term purchases.

Democracy has failed. Liberalism has failed, and diversity has failed. Throw them out and try picking up where we were before we turned down this idiotic path. Donald Trump may not be the ideal leader, but he has succeeded by refusing to bow down to the court of public opinion — which represents a plurality and likely not a majority — and instead pointing us toward common sense logic. Whether or not he will be a good President, he has begun the process of galvanizing our people toward deconstruction the liberal authoritarian regime that threatens to destroy us for ideological disobedience.