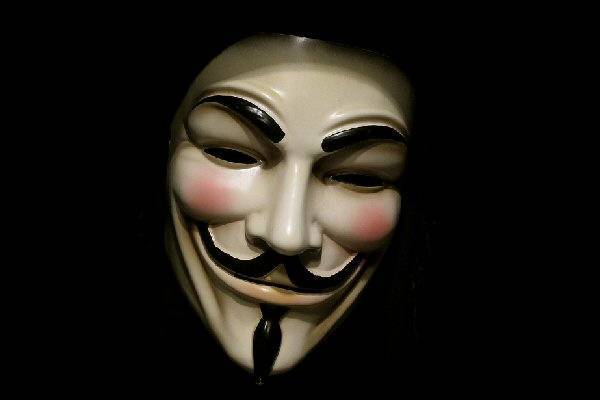 I’ll confess the whole thing began with me being rather stoked to see a new movement that affirmed three things that my own learning suggests are necessary for a thriving civilization: gender roles, nationalism, and a taste for actual leadership instead of the marketing routine that is democracy.

However, the more I interacted with the folks from the Dark Enlightenment and Neoreaction camp, the more two things stood out. First, they were angry because of the confinement of their own thought. Second, they were (as a result of that confinement) basically acting out the same pattern of liberalism: the problem is the elites, replace them with popular sentiment, together we will make People Power and overthrow.

Yesterday, with the help of Colin Liddell, I launched a barrage on Alternative Right. Colin is one of those people who avoids suppressing his gut instinct, and thus is able to think with his whole body, brains, guts, muscles and gonads. Most people can think with only one at a time, and such simplistic thinking gets the same broken-down results that happen anytime someone makes a complex decision based on a single detail. Colin did great things with the layout and pushed this article out to the raging blog-o-twitter-sphere, which promptly raged that someone had attacked one of its darlings.

My point to the DE/NeR was basically that if your philosophy is functionally similar to conservatism, and you don’t admit it, you’re avoiding the truth out of some personal pretense. Further, this confines your thinking based on the taboos of liberalism, which means you’ll end up back at liberalism. Then I pointed out many of the liberal aspects of the DE, namely that its crusade against the Cathedral is a liberal-style revolution, e.g. an attack against the institution and its replacement with people power. What we actually need is an idea of what we want and thus a competing vision to the current set of pretenses held by our new elite.

This is naturally a provocative message. It’s like pouring napalm on a campfire: some marshmallows will turn out rather badly. I don’t intend ill toward any of them, and would have them as friends and allies if I could, but the ugly fact is that the DE and Neoreaction are terminally broken. Underneath some promising ideas, there’s the ugly skeleton of liberalism and a pretense about avoiding conservatism. Same old jive, same old song and dance! Reminds me of where I was at the end of college. Your gut tells you to go one way, but all of your friends, teachers, parents, neighbors and so on are busy posing at being enlightened by talking liberal theory at you all day long. So you don’t buck the trend, and instead you end up grinding your gears.

My suggestion for conservatives is twofold based on the ideas in the forthcoming book Futurist Traditionalism. In simplified form these are:

It’s true that the past led to the present, and thus a glitch existed somewhere. I suggest that the glitch is inherent to life itself. All civilizations face this test, and the ones that fail it end up mixed-race third-world republics that struggle to put food on the table, much less rise to a level above the Bonobo-esque behavior of the human in its state before it makes an effort to discipline its mind, create civilization and technology, and rise to ascendant levels of thought instead of remaining mired in the reactive, biological and self-centric existence of the monkey.

What opposes us in another two-factor process that I call “Crowdism”:

Crowdism is the process of people with short-sightedness deciding that since their society has wealth, it should be distributed equally. This ignores the way wealth is produced, which is inequality which leads to those who know how to protect and nurture wealth producing more of it. Most people are incompetent, and that’s the social taboo we face here; they don’t want to admit their best role is as serfs and servants. And yet that would protect them from both destroying society and living in self-perpetuating “poor people have poor ways” poverty, like most of our lower castes and ethnic minorities live now.

Thus the big surprise here is: we don’t need a new idea. All of the ideas we need to look toward are in Plato and other writers from the fall of the Greco-Roman empires. What we need to do is discover in ourselves the will to not only apply these, but to apply these in a forward method. We are here to explore the stars, to say yes! to life, to discover the infinite on every level (religious, scientific, intellectual). We are here to produce the good, the beautiful and the true, and in so doing to expand the informational field of the cosmos just that much more.

We will not get to that level with internet-style culture. That culture is based on cleverness, on the trends of the day, but most importantly, on justifying a lifestyle that may consist of dropping out of society, living in a basement/apartment, and looking down our noses at others for being unenlightened. That’s what the Dark Enlightenment, Anonymous, Occupy Wall Street, Neoreaction, et al. have in common, and it’s a path to doom. Try conservatism instead. It has everything you want, and much of what you have yet to discover.

On to specific replies:

Kirk was a historian, not a philosopher, but as a historian he was blind to or willfully ignored many of the more interesting American trends of the 20th century: (1) the replacement of the old American WASP elite by a new Ashkenazi elite, (2) the fact that American capitalism proved to be more corrosive than Soviet communism, (3) the Immigration Act of 1965 was probably the most important important piece of American legislation in the second half of the 20th century (in that it was Americaâ€™s death knell). – Occam’s Razor

I can agree on the third fact. The Immigration Act of 1965 was designed to replace a domestic majority with third-world peoples in order to ensure a permanent democractic majority. But the electorate seemed to sleep through this one. Why?

I’ll explain: your first point is incorrect for two reasons. First, blaming the Jewish people for what is clearly an internal dysfunction makes no sense. Second, you’ve misidentified the breadth and mechanism of the replacement of the Anglos. What replaced the Anglo elite was a new ethnic mass composed of near-whites (Slavs, Irish, Greeks, Jews, Italians, and lower-caste whites) who overthrow the hierarchy here, much as was done in France in 1789, for the sake of people power. Sound familiar? Identical to the DE plan except back then they were liberal. The results will be the same if the DE takes power, by the way. You’ll have all these grand ideas and suddenly, the people power will be busy posing, posturing, pretentiously self-aggrandizing, self-marketing and so on. Your consensus will break down into many self-interested parties who, in the interest of pandering to the wider herd, will end up at the same policies the current elites endorse.

Second, there’s this notion that “the fact that American capitalism proved to be more corrosive than Soviet communism.” Here I suggest you are simply looking at the wrong target because the two societies had other commonalities. Both communism and capitalism are monetarist, or based on the idea that we can use economics in lieu of culture to control our society in lieu of having it collaborate (as it does naturally with culture). Not only that, but the real element in power in both cases was the bazaar. Once you turn the vote over to the people, they get self-centered and oblivious and start choosing freebies/pleasant fictions now over long-term problems that can be fixed later. It’s no different than handing out booze in the servants quarters, slave cabins or office cubicle farms. They’ll drink today, congratulate themselves on “sticking it to the man,” and then wake up tomorrow twice as broke, twice as sick and half again farther away from their goals.

The villain here, as some in the DE are willing to hint, is the people power notion itself. Democracy is a stampede, not a discussion. It is pretentious small-minded people proclaiming themselves kings and then vandalizing everything they touch. It is not created for the grand altruistic goals it claims, but so that there can be “license” to plunder, to defile, to appropriate, to muddle and otherwise to destroy. Democracy is not thinking, it’s an emotional reaction. It is not the work of the have-nots, but the cannot-haves, or those who by their own behavior limit their ability to be anything more than third-world levels of filthy, disorganized, kleptocratic and cruel. Instead of disciplining themselves and rising through a process of Natural Selection, they refuse to make even basic concessions to logic and instead act out their whims, feelings, desires and judgments, and for their unrealistic behavior are rewarded with failure in reality.

Until people are willing to face this truth, everything they do will fail because it will be sabotaged from within by people power. This is why the DE/NeR’s crusade against “the Cathdral” is more of the same error-prone behavior that got us into this mess in the first place.

“Reactionaries” — against what? | It’s all a farce