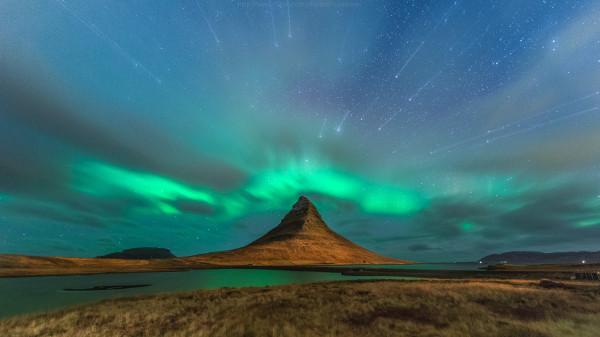 They tell us we are reactionaries. Against what are we reacting?

The obvious answer is liberalism, since its mental lock on the population of the West is used to exclude any common sense that might limit the license of the mob.

I think it goes farther. We are reactionaries against hubris.

The modern definition for hubris is “excessive pride,” but the original definition — the one that sent thousands of editors with liberal sympathies scurrying to erase, obliterate, destroy — is more complex.

As the Greeks saw it, hubris was a type of improper arrogance, or arrogance against the gods and nature (which were seen as one and the same in that old animistic religion).

Arrogance against the gods and nature means placing one’s individual sense of what reality is above what reality actually is. It is denial of life, and denial of common sense, so that the individual can believe pleasant fictions.

Usually those pleasant fictions consist of self-aggrandizement of the sort we see in urban clusters like San Francisco and New York: ‘I have made it to the top, I’m earning lots of money, obviously there’s nothing wrong with the world as it’s working for me.’ — if you wonder why elites never see the downfall coming, it is because this form of hubris blinds them to what’s happening outside of themselves.

Hubris interestingly itself clusters in two places: in collapsed civilizations and in those about to collapse. In the middle, rising civilizations or healthy civilizations actively crusade against hubris (often under different names) because they realize it is death to the civilization. When you want to succeed, you want a reality-based narrative or you will fail.

Bloated, obese, luxurious, and decadent civilizations on the other hand have a need for hubris. They desperately need to go into denial rather than face the fight for their lives that they need to embark upon, and yesterday. It takes a lot of effort, introspection, honesty and courage to realize that your society is falling apart and, while you could easily profit from it, you will leave behind a ruin and this reflects on who you were inside.

Societies that deny reality quickly approximate third-world levels of dysfunction, disorder, corruption, filth and decay. When reality is denied, every person acts self-important, which means no one focuses on infrastructure and institutions that keep society functional. Thus society is constantly in a state of confusion and into that void step the warlords, thief-kings and terrorists who for whatever faults they have tend to enforce a “bottom line” of order.

In fact, all of human history might be written correctly as a struggle against hubris. Societies start off with nothing, or in a de facto third world state, in other words. In order to rise, they must suppress their hubris and become focused on order and moral right. Even if this is informal and allows dubious methods like paying weregild for the murder of another, it enforces a simple idea: do right, thrive; do ill, be punished; do nothing, get nothing.

Once started, civilization is a fragile machine. Once it goes down the path of hubris, it will be shattered and replaced with non-civilization, although this occurs over centuries and happens a detail at a time and not at once. People in the grips of hubris will refuse to see this and will accept only a direct immediate collapse, like all the buildings falling down and everyone dying, as a sign that society is in error. Thus it sleepwalks into oblivion and what is left is a third-world shell.

As Spengler noted, earth is covered in such shells. They are in fact the norm. Most species die, most people become moral cowards, most societies fail. It is the rare society that rises above even for a few centuries and does something creative that endures. And most of the people we see who are criminal in mind, perverse, etc. are artifacts of one failed society or another, where such behavior was so normal that it got bred into them because it was a socially-rewarded “good.”

Liberals are contrarians who pick that viewpoint because they think it distinguishes them socially, at first. Later they adopt it as a means of staying oblivious so that their personal lives are unthreatened. It enables them to contravene the obvious negative with an illusion of positivity so that they can continue to think highly of themselves. Like junkies to the needle, they come crawling to this ideal.

Western peoples have suffered long enough under hubris. While it “feels good,” it leads to decay and long-term feeling bad about oneself for being such a failure, much like any time one steps down the path of evil. Counteracting it is hard because most people are dependent on it, if for nothing else to conceal how badly battered they are by this time. In a house of glass, no one wants to throw the first stone. But at the same time, we all have that “sinking feeling” in our gut that things just aren’t going right, and it’s not in an easily definable way.

Reaction is good, but not enough. Counter-action is difficult and bound to the fate of the doomed. I propose a simpler strategy, which is imagination. Imagine better things and do them, but with one little catch: make them exclusive to those who have, in the medical parlance of our time, “beat hubris.” We don’t need to tune in, turn on and drop out; we need to exit the lock-step march to oblivion and go our own way. If the herd is heading toward hubris, our way is a U-turn and all-night march straight back to sanity, with the ugly feeling of guilt and doom flaking off of us with every step.