It’s all a farce 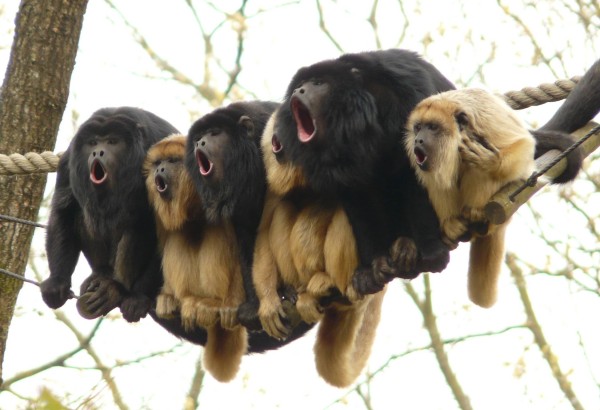 Against idiots, smart people do not stand a chance. This is because idiots will invent absurd and ludicrous reasons for their actions, and a smart person will stand there thinking on it until they find some set of rules under which it makes sense.

One of the favorite tactics of idiots is to insist that a situation is not what it seems, but in fact is a question of some mental construct related to that situation. To smart people, this seems civilized and intelligent, so they go along with it to their doom.

Conservatism, I have argued, presents a principle of first consequences, second ideals, and third a transcendent state of mind. In that third category, we learn to see how principle, values and beauty are more important than temporary but destructive allegiance to materiality, tangibility and social prominence.

All of political thinking boils down to either conservatism, or “something else.” That something else because it needs to justify itself and cannot use reality as that justification, is inevitably liberal or liberal-like. That is because like a good marketer or salesman, it panders to our fears (exclusion) with a simple but only temporarily effective product (equality) that in the long term creates a greater need for itself.

From this view, politics itself is a farce because politics is unnecessary. It only applies to that “something else.” Under conservative principles, we do not draw distinctions between lifestyle, culture, leadership and health. All are considered in making choices for our society at large, where morality governs choices made by the individual. There is no need for politics here, only for discussion of the task at hand.

Some readers will note how this is analogous to Tradition itself, which is best explained (sorry, Evola) by Aldous Huxley in The Perennial Philosophy. What defines tradition is that it recognizes the preëminence of reality and sees all different traditions as different voices trying to describe it, but the truth itself as untouched by those. This is the opposite of Crowdism, which assumes that a different description or opinion creates a separate (and equally valid!) reality. Under tradition, we view all traditions in parallel and extract what they have in common, and use that to triangulate reality itself, which is our ultimate goal. Liberalism is the opposite impulse, where the person and their whims are the ultimate goal, and reality is used as a means to that end.

But at the end of the night when we are too tired for pretense and all of our grand statements earlier in the evening have either panned out, or not, liberalism stands revealed as what it is: evasion. It is evasion of reality, evasion of the need for common values that create the basis of society, and an evasion of accountability for actions. In politics this takes the form of separating “politics” from the question of what should be done as a civilization to further our health, growth and sanity.

Liberals specialize in flinging chairs at the shins of actual important discourse like angry bystanders in a barfight. Their best way to do this is to sideline discussion into theoretical constructs that pretend to be real. This enables liberals to limit discussion of actual issues to a subset of pre-identified issues, sort of like going from an essay exam to a multiple-choice test. It simplifies and also removes discussion from reality to the world of feelings, judgments and desires.

To counteract this, I think conservatives should do two things:

Liberals remind me of — to use another academic metaphor — those annoying kids in school who, when facing a hard assignment, got “creative.” This pseudo-creativity always took one of the same forms: a short story, a collage, a song/poem or a skit. Why write a difficult paper when you can come up with a feelings-based response, get full credit, and call yourself creative to boot? It was the same as the phenomenon of all of the students in the drama department, at some pre-determined time during sophomore year, deciding to wear hats. No one else did, but the drama kids needed a way to signal that they were “different.” It was the same signal but the point wasn’t to be different, but to say you were different. The latter is much easier than the former.

In the meantime, let’s look at our society with a holistic lens. This means that we see health, sanity and degree of upward motion at the same time. What do we see?

I see cities built out of skyscrapers as a monument to man, where nearly every open space is covered with advertising, where the drone and pollution of internal combustion engines never ends. In fact, the engine is a source of revenge. If you don’t have to be at work at 5 AM, and I do, I am going to rev that engine and blast the horn to make sure you know that I am here, I am equal and I am important (or at least loud enough to be).

Many cities permit garbage collection all night so that there is no respite from the noise and exhaust. Roads are poorly designed, leading to constant traffic jams which are infuriating (in addition to the other cause of traffic jams, which is driver incompetence). Jobs reward cogs who can get along with others over ability, but at the same time, reward sociopaths who are manipulative. There are no barriers so random people drift through, whether the homeless/insane or scam artists, criminals and fools. Out of some notion of noblesse oblige or perhaps egalitarianism, we make room for fools because they are equal too. Jobs get dumber, lines get longer, traffic gets worse, frustration increases, all because we have these people and need somewhere to put them.

In the meantime, we are eating up our surrounding nature. We like to think we do not need much of it, so we can preserve some as if in a zoo, and then it will be fine. The truth is that we need most of our space (probably like 75%) to be untouched by humans so that it can renew itself, and the remaining quarter is where we cram all of our roads, farms, factories, hospitals, schools, homes, offices and warehouses. “Global warming” is a made-up phenomenon designed to explain away the fact that when you replace forest with concrete, you screw up the climate and kill off the native life. It’s not carbon excess that will doom us; it’s a lack of trees.

The worst thing about our consumption of nature is that it is entirely rational. Like Garrett Hardin’s “Tragedy of the Commons” explains, our ecocide is created by the need for people to be equal. Everyone wants a nice house, to own a fast food restaurant or nail salon, and to have two cars and a full shopping cart. But when we do this, humanity expands like an algal bloom because all of their children want to do the same and so on. With modern medicine, most of these people survive. Thus our species continually grows, and continually needs resources, while planet Earth remains finite in size. What loses out is natural land, and we go into denial about the indirect consequences of this consumption, then are suddenly confused when our air and water are less clean and our weather gets weird.

A third point of discussion is culture itself. Where past generations had Beethoven and Rembrandt, we have Miley Cyrus and Banksy. Our shift toward mass-culture is the socially correct response but it creates ugliness and dumbed-down self-expression through lifestyle that panders to the lowest impulses of the human character. The health of a society can be gauged by its art and culture, and when those reflect a vapid and disposable ethos, it suggests that culture is circling the drain.

These three areas of tension are never discussed in “politics,” yet they are more relevant than what we do discuss. Is our society rising toward higher levels of organization, learning, intelligence, art and culture? Or descending toward a place where we pervert those expressions to fit the whims of the individual, thus reducing them to a lowest common denominator? Are our everyday lives surrounded by beauty, in a time of hope and clean, orderly living, or are we squatting among the wreckage, covered in filth, unable to trust each other in justifiable paranoia? An outside observer might rightly conclude that politics is designed to obscure important issues and replace them with trivialities so that the decline goes unnoticed.

The Neoreaction/Dark Enlightenment tantrum | The End of Logic