The Economics of a Coming Dark Age

by Jonathan Peter Wilkinson on November 3, 2015 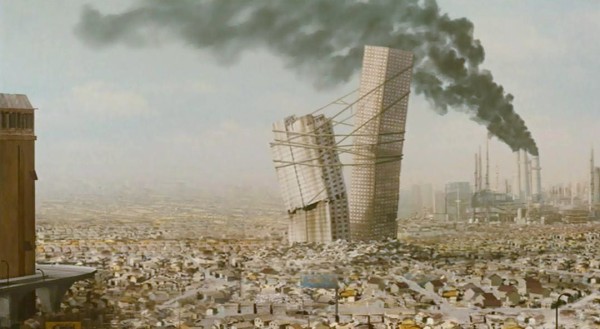 I wouldnâ€™t submit articles to this blog if I werenâ€™t very willing to entertain the possibility that Oswald Spengler had a point regarding the coming demise of Western Modernity. It goes almost without saying that I therefore also entertain the possibility that political reaction could be a valid source of direction and truth to get us all through the impending crisis. We will need a good plan for when The West finally busts its gut string and expires in an undignified heap. That proffered upfront, I now propose we examine whether reactionaries can actually take charge once Modernity earns its farewell cart ride to the political science glue factory.

Sadly, the first group of reactionaries to make the big time and no long have to remain the JV is ISIS. Enumerating the current year 1453 in honor of the founding of the Caliphate brings to mind the quaint Roman custom of dating Ab Urbe Condita.Â Â  Their efforts to reestablish Sharia Law throughout the world dates them to an era well before Napoleonic Jurisprudence or Post-Saxon English Common Law.Â Â  Given that ISIS has actually established one of the most powerful Reactionary States on the planet, we use them as a case study to point out what Reactionaries need to learn in order to make a new start out of the future mounds of rubble.

The initial results are not pretty. One of the first things a ruling state has to figure out is â€œHow do we pay for it?â€ This is a general as well as a specific question. A new form of government needs to get its hands on resources in order to govern. ISIS is currently no better at this than the failing social democracies that will eventually go bankrupt and collapse in the West. According to the blog Jihadology, approximately Â¾ of the revenue this Caliphate brings in consists of either confiscation or resource extraction. Only Â¼ consists of productive activity. 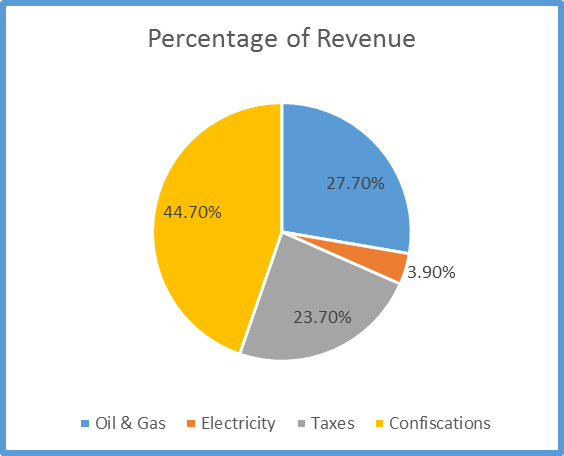 This is no more sustainable than the Palo Alto real estate bubble. There is only so much leftover swag from Saddam Hussein or Hafez Assad. The Visigoth Holiday will rapidly run out of beer. Even the 28% or so of their revenue from oil and gas is dependent upon continued supply and an ongoing market. One can only imagine the moral character and reliability of ISISâ€™ preferred customers. Being the fossil fuel supplier for Sarumanâ€™s orc tribes probably isnâ€™t a good long-term business plan. In conclusion, a reactionary state will have to develop the ability to do far more economically than pawn off the remains of what they seek to replace. 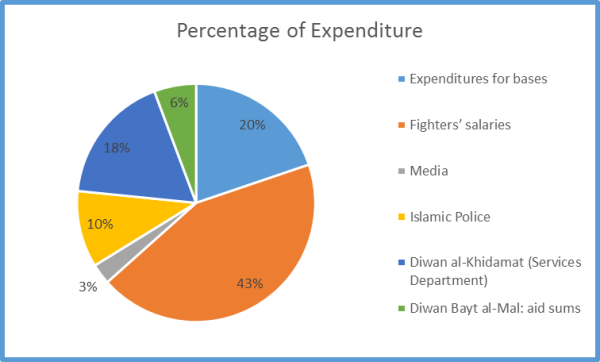 From the ISIS expenditure graph above, we discover what may or may not be a more auspicious strategy. Less than Â½ of the ISIS annual budget goes to social welfare. These people probably donâ€™t spend a whole lot of their spare time studying The Epistles of Paul. Yet they have taken 2 Thessalonians 3: 10* to heart well enough to not allow welfare zombies to break the back of their social governance.

However, almost 2/3 of the annual budget goes to waging war. Giving peace a chance would give ISIS the same problem Harry Truman had in post-WWII America: a major economic recession. They are literally forced to war by their economic and societal model. Dar al-Islam would go bankrupt if they didnâ€™t have enemies to pillage and raid. In that respect, they have far more in common with the early Christian Monarchies of Post-Roman Europe than they would ever like to admit.

The problems ISIS currently faces are similar to those of Merovingian France as described by Henri Pirenne in Mohammad and Charlemagne. The Merovingian monarchs also raised much of their money by looting. They were more sophisticated, and looted gold and silver by debasing the full-bodied monies of their eras. It was a slower collapse for the Merovingian coin-clippers than it will be for the ISIS wag-halters. The Merovingian kings had far more specie than the ISIS Caliphate has garish leftovers from Hussein-era Iraq to haul to the pawn shop.

What we see from initial efforts of Middle-Eastern, Islamic Reactionaries are the economics of a coming dark age. They have an economy that produces little and lives off the remains of others. Buzzard economics requires a steady supply of carrion to feed the birdies. The carrion has to be provided by ongoing and culturally debilitating war. Peace would be like a car wreck for this badly unbalanced economy and society.

To effectively stage reaction to the ongoing failure theatre of modernity, we will have to answer a legitimate and vital question. What can we produce and do to actually make the world work? Itâ€™s a fair question. ISIS has utterly failed to answer it in a constructive or sustainable fashion. Western Reaction will have to answer these questions as the time for massive economic crisis in the social democracies of the West continues to draw ever closer nigh.

*- â€œFor even when we were with you, this we commanded you, that if any would not work, neither should he eat.â€